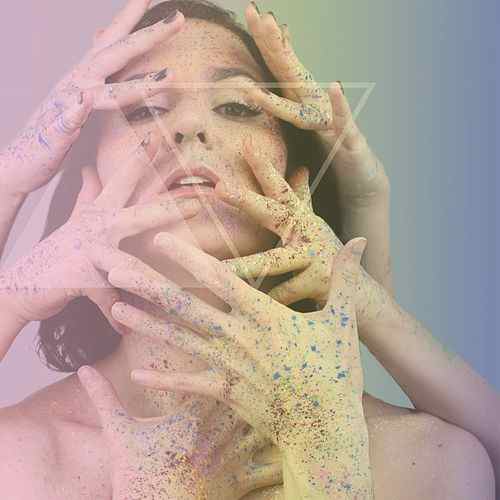 Ida Long is not a familiar name in the UK but with the release here of her second album ‘Rainbows and Tears’ on 1st January, a year after the European release, there is every chance the Swedish singer-songwriter and dancer will become one.

Ida Long (she has a British father, hence the surname) has a penchant for the atmospheric, the dramatic and the emotional. Influenced by styles as diverse as hip-hop, funk, alternative electronica (she’s also the singer and front woman for the self-styled “arty-farty” cult indie-tronic band Baron Bane), and by cinematic scores, her musical creations are a pastiche of styles that also embrace underground dance and choreography. Many attempts have been made to label her, from Kate Bush to Portishead and, while they make for adequate benchmarks, Long firmly resists any such classification; she is one of a kind.

In fact, Baron Bane’s Diamant brothers were heavily involved in the production of this album and Petter Diamant’s original percussion in particular adds to the atmosphere on many tracks. There is considerable employment of strings, a direction Long has taken since her electronic experimentation with Stockholm-based Mintelligence a few years ago. She’s been working extensively with cellists and the result is particularly evident and effective on the tracks ’Baby Gone’ ’Take Me To The Woods’, ’Chaperone’, and the ultimate track, ’Wolf’.

There’s a memorable riff or passage in just about all of the songs, including the only one she’s ever sung in Swedish,  ’Mannen På Taket’ (Man on the Roof), which sounds like it’s being played at the wrong speed in the early bars, but Long doesn’t overdo any melody to the point where she’s drifting into pop chart territory. It comes in little chunks, always leaving you wanting more.

Her dance and cinematic influences are evident in the opening two tracks, ’Baby Gone’ and ’(I get so) Dramatic’, in which she apparently comes philosophically to terms with the end of a relationship in the first one and then throws a hissy fit about it in the second.

Both of them might well have been written with videos in mind and indeed the videos do exist and are easily located online, as with ’Wolf’. Multimedia performances demand expertise at many levels and few have the ability to choreograph expressive performances from ordinary-looking people like Long does, and she also uses such routines in live shows, a refreshing change from the butt wiggling muscle boys who typically populate dance-supported acts.

Long’s work is fundamentally dark. The fourth track, ‘We Got’ is, on her own admission, the first “happy” song she ever wrote and it’s no surprise it has been remixed numerous times, by a phalanx of Swedish (mainly electronic) producers including a couple that should really be dance classics by now.

Rarely though are her lyrics depressing or intimidating. The nearest she comes to that is on ‘Take me to the Woods’, which begins with “Take me to the woods; I won’t tell; Make me, if you could, crawl into your bed” and ends with “Oh how it aches, how we burn, how we break; Make us bleed cause all we need is LOVE”, and which might be chronicling her selling of her body as well as her soul to the Devil. Then again, it might simply tell the story of a dirty weekend in a lakeside cottage with the boss.

Or this, from ‘Rivers’, the most atmospheric track on the album: “Oh, we’ll be warriors you and I”, to an ominous military snare drum beat, before pushing her adversary into the river, a theme she picks up on again in ‘Woman’ with “You better sink or learn to swim”.

Ida Long has a sensuous, ever so slightly out-of-breath vocal delivery and it is perfectly appropriate when she doesn’t hold back on the imagery, such as on ‘Chaperone’, a title alone that raises eyebrows, and sings “Honey go so deep I forget how to breathe”. It leaves little to the imagination. And on ‘Woman’, where “He bathed in you all summer; it weighs heavy on my heart”.

The themes in Rainbows and Tears are well represented in the concluding track ‘Wolf’ (see video link above) with its menacing piano, strings and percussion parts and imagery that suggests that again, something is not all that it seems, complemented by what is probably the best hook on the album.

If you were seeking an analogy from British literature for Ida Long you might look perhaps to Charlotte Bronte for the degree of intensity both use, in lyrics and narrative respectively. Her songs don’t make for easy casual listening but reward the committed listener with a rich, distinctive, original and above all sensual experience.

Furthermore, there are few solo artists working across the performing arts right now that have perfected the knack quite like she has in the contemporary song and dance division.

Ida Long is close to completing her third album, though its release will probably follow the same format of Scandinavia and mainland Europe first. Judging from her progression from her 2012 album ’Walk Into the Fire’ to ’Rainbows and Tears’, it will be worth the wait.

The critic who made the remark comparing Long with Kate Bush (Marta Oliehoek-Samitowska, who wrote ‘Symphony in Blue: Kate Bush and her legacy’) also said, “What Ida produces is actually very original and you should listen to her and watch her videos with an open mind”, which is probably a suitable way to close this review.

Rainbows & Tears is out now on Comedia.