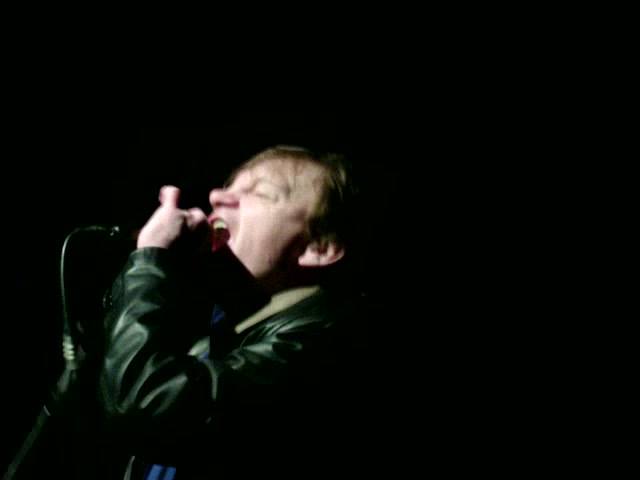 When I woke up on Thursday morning, it felt like waking up in a different world. Then I remembered why: the day before that, we lost Mark E. Smith.

The Fall first arrived in my world in about 1999. They had recently released the raucous ‘Touch Sensitive’ single, and I was immediately intrigued after hearing it. This was the same band that I had read about the previous year in the NME, when they reported that Mark E. Smith had sacked the rest of the group during an explosive onstage fight in New York. The same band that were one of the major influences on Blur, my favourites. Smith had also featured on two tracks on an EP from Elastica that I had bought around about this time.

But I wasn’t properly captured by The Fall until one night in 2000 when I was listening to John Peel on Radio 1. Peel was a hugely influential radio veteran who helped countless musicians find success, and it was well known that The Fall were his favourite band. And only a hardcore fan would’ve chose to play the violent, heavily distorted version of ‘Psycho Mafia’ from the Live 1977 album on the radio. For me it was one of those moments that make me think “What the fuck?”. It made the punk bands of my generation look pathetic in comparison. It was the loudest, filthiest, and nastiest sound I had ever heard. It was gloriously offensive and I loved it. In an instant, I had found a hero.

I bought that CD copy of the Live 1977 album as soon as I could get hold of it, and would play it loudly on the front room stereo, much to the annoyance of my Mum, who described the music as “disgusting”. Yes, The Fall were without a doubt an acquired taste. Most people could only hear what sounded like a pub drunk ranting over the top of repetitive music. On the surface that would have been a fairly accurate description of the noise they created, yet in reality this music and lyrics were way beyond the creative imaginations of most musicians and artists. Named after an Albert Camus novel, The Fall’s fascinating and abrasive music would be fuelled by words that concerned an endless array of topics from literature, sci-fi and philosophy, to working class city life, culture and football hooligans. It may have been increasingly difficult to make out the words but what terrific words they were.

Mark E. Smith even found his way into one of my favourite TV shows of the time, Lee And Herring’s insane Sunday morning program This Morning With Richard Not Judy, when a character called The Curious Orange turned out to be inspired by the Fall song ‘I Am Kurious Oranj’. The album of the same name was the second Fall LP I added to my collection. The more I heard, the more fascinated I became. It was hard to know where to start with a group that had released so many different albums, but I had already started. The next step was to buy the 458489 A Sides compilation to get a brief overview of their best known work. Smith’s ability to adapt his unmistakable style to a range of different musical styles was hugely impressive, even across the narrow platform of a singles compilation.

After living with The Fall’s music for a decade, in 2010 I had the pleasure of going to see them play. My first Fall gig was one I will never forget, and undoubtedly an experience that made every other first-time Fall gig-goer feel exactly the same. Touring just after the release of the fantastic Your Future Our Clutter, MES and his band rolled into the Somerset town of Frome, and subjected the audience to a brain-frying introduction video consisting of heavily distorted white noise and odd, repeated images. This went on for about 45 minutes before Mark and the band took to the stage and treated the stunned crowd to a set of weird, unfriendly yet highly infectious songs that couldn’t have come from any other band or artist. By far the most bizarre gig experience of my life. A few years later I saw them again at the Trinity Centre in Bristol, where MES seemed to have whipped his band members into tight shape. Band members were another well-documented topic of Fall infamy, as no less than 66 different people had played in The Fall over the years; either sacked by Smith or forced to jump ship to escape the absolute chaos and difficulty of working with him.

A TV interview on Channel 4 with Lauren Laverne soon turned very uncomfortable when Smith took offence to Laverne joking about sacking his wife Elena from the band. Interviews with MES were must-read material… My particular favourite was an encounter with Loaded magazine from the mid 90s, where a drunken Smith attempts to stub out a fag in the journalist’s face, calls him a “cunt”, has a go at indie-punk outfit Ash, claiming they owe their entire career to him and ends up narrowly avoiding getting booted out of a pub. It’s safe to say you won’t get the same behaviour from the likes of Ed Sheeran or Chris Martin… As a person and an artist, MES was as far away from blandness as could be possible.

However, people who knew him well could see past the notorious reputation. Mark was actually at times a really nice, and very funny guy. Watch the BBC Culture Show special from a few years ago, where a starstruck Frank Skinner enjoys chat and good natured pisstaking banter from Smith. BBC 6Music presenter Elizabeth Alker described him as “hilarious and charming”. The more tender side of Mark was rarely ever present in his music, however the 1990 track ‘Bill Is Dead’ is as touching and poignant as anything you’ll ever hear, a perfect example of rough-around-the-edges beauty.

As he got older, MES certainly didn’t calm down or mellow with age. The music became more frightening and intense, while that voice had developed into a harsh, phlegmy growl. Most of my favourite Fall tracks are from the last 15 years or so, a period where their output was highly divisive and even more unconventional than before. I say unconventional, a lot of it was completely insane. So what a great laugh it was playing their chaotic noise on my old local radio show, to an audience of unsuspecting listeners who were probably more used to clean, family-friendly mainstream pop. I have a particularly fond memory of myself and fellow DJ Jason B crying with laughter as we alienated our listener base with the driving, relentless madness of ‘Sir William Wray’.

As well as the unpredictability and knowing that a band member could even be sacked while onstage, their live shows were always bizarre and certain to leave an impression. As well as the sinister feeling that Smith’s eyes were following your every move, his method of “live mixing” would see him wandering around the stage adjusting the volume and pitch of his musicians’ amps whenever he felt like it.

Then there’s the endless list of hilarious incidents such as the rumour that he pissed himself onstage during their Glastonbury set in 2015, throwing a bottle at Mumford And Sons, and only agreeing to appear on ‘Later… With Jools Holland’ under the condition that Jools didn’t play his “boogie woogie piano anywhere near The Fall”.

There are many words used over the years to describe MES; Curmudgeon, drunk, nutter, unpredictable, cantankarous, bastard, maverick, poet… GENIUS.

Of course many people didn’t “get” The Fall. Being a Fall fan was like being a member of a secret club. Other people just didn’t understand. There are some people who never will. But incredibly, I took my Mum to see them with me at the Bristol gig in 2013, despite her referring to that Live 1977 album as “disgusting” about 13 years before. She commented on the weird vibe throughout the whole gig and that Mark’s presence and style was a strange experience that she was surprisingly entertained by. She also described Smith as a “repulsive, troll-like” man who was also “strangely loveable”.

On Wednesday night I went to bed rather late. I hadn’t watched the news or gone online all evening. Before setting my alarm for the morning I learn about Mark’s death via a text from my Mum of all people: “oh no just heard the news about Mark E. Smith. What a unique guy”. Well done Mark, you won her over in the end. I think. 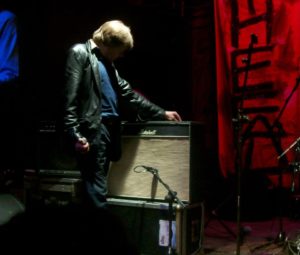 With 30-something studio LPs to their name as well as countless live albums and compilations, Mark E. Smith and The Fall leave behind a massive collection of extraordinary work. And after nearly 20 years as a fan, there is still a lot I’ve yet to hear. But living in a world with no new Fall albums is going to take a lot of getting used to. The music world has lost a true original and one of its greatest characters.

I thank my old friend Mark for all the uncompromising, visionary, insane and incredible music. I would offer the usual “R.I.P” but Mark E. Smith was definitely not a “rest in peace” type of guy. It’s more likely that everyone in heaven is preparing themselves for the peace and quiet to be shattered: “Oh shit, Mark E. Smith’s on his way up…”

Below is a Spotify playlist of personal favourites, featuring over 100 tracks of extraordinary music from the genius that was M.E.S.