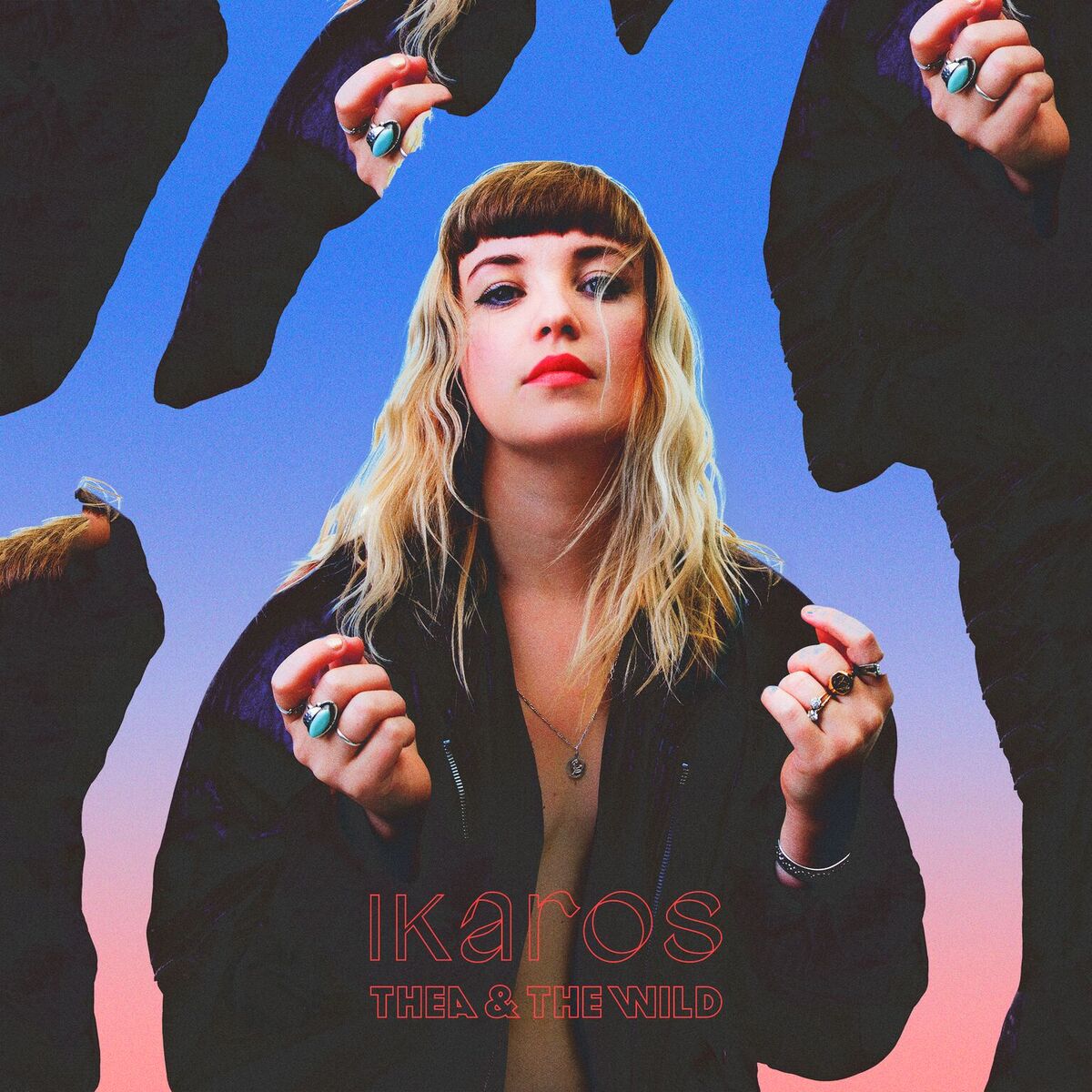 There is something a little unnerving about Thea and the Wild’s opening track, ‘Dark Horse’, from her second album, in that it sounds uncannily like something from fellow Norwegian Sigrid. The arrangement, the jaunty tune and even her voice can easily lead you into believing you’ve tuned in, erroneously, to the international woman-of-the-moment and new friend of a star-struck Graham Norton.

That is not to malign Thea Glenton Raknes and in any case, she predates Sigrid by a margin, having already released a debut album, ‘Strangers and Lovers’ four years ago, one that was Norwegian Grammy-nominated, while we’re still waiting for Ms Raabe’s.

There’s no nature or nurture debate where Thea is concerned.  A childhood spent alternating between her mother’s hippie flat in Oslo, frequented by painters, poets and assorted other bohemians, and summers on her father’s boat crewed by Swedish prog rockers, determined her musical future, essentially as a storyteller. Having skipped formal music education, she embraced a no-holds-barred approach to songwriting, oblivious to boundaries, that was perhaps inevitable in the circumstances. Presumably, this background accounts for ‘The Wild’; a rather more interesting vindication for a band name than the prosaic ones for Florence and the Machine, Marina and the Diamonds et al.

While her previous album dealt with personal experiences and relationships this one is directed more towards external affairs, including social and political ones, a line taken by other Norwegian artists latterly as a traditionally inward-looking society of “local people” begins to realise it has something to say on the world stage.

Intriguingly what she does is to weave her take on affairs covering the political climate, social anxiety and female empowerment with the tales of Greek mythology passed down by her father. Hence ‘Ikaros’ (Icarus), who despite warnings flew too close to the sun on wings of feather and wax constructed by his father, which melted, plunging him into the sea; the classic case of failure at the hands of hubris, the extremity of arrogance.

Despite her background don’t expect a hippie collective, #metoo, Momentum, Antifa-style rant. Thea Raknes clearly keeps an open mind. ‘City of Gold’ is a good example. Ostensibly a melancholic song concerning, as she says, “that moment where you know you’ve lost something you could have had, and you don’t really want to leave or let go because you’ve had that glimpse of hope and what could have been”, one possible interpretation begs consideration. Apparently driven by a TV documentary on asylum seekers waiting for final approval, it could be that it questions the long-term value of asylum. “I saw the City of Gold at night, now the hills are out of sight”.

Even if that is a case of over-analysis of the lyrics it is to her credit that she stimulates the thought in the first place but then she is a sharp wordsmith. The same song contains the wonderful line “never-ending never came”.

Many of the tracks have a 1980s-90’s psych feel to them. ‘Dark Horse’ is one of them. So too the title track. There’s a hint of Alela Diane in her voice and some of the song structures too, and you can’t get more hippie than that (or psych for that matter if you take into account Diane’s work with Headless Heroes). The analogy is evident too on ‘Power is a Lonely Place’.

The most appealing track is the title one, ‘Ikaros’ with its anthemic structure and organ-led hook which quickly gets under your skin. This is a singles chart song without a doubt.

‘Paved the Way’ opens with jangling guitars, then morphs into something Anna von Hausswolff might have crafted during one of her poppier moments, together with booming synths and winds up with a fascinating piece of vocal experimentation.  A quite different song again, it is a tribute to her female idols and those that challenge and defy societal norms.  “You paved the way for me, and I got bold, I just flew higher”, (than Ikaros presumably) she sings.

Technically the album varies from its predecessor in that its co-producers, Cato ‘Salsa’ Thomassen and Børge Fjordheim are both from traditional rock backgrounds and challenged her self-imposed old-school boundaries and encouraged her to be bolder.  On the other hand, I find it difficult to agree with the implication in the PR handout that Middle Eastern rhythms predominate, except perhaps on ‘Dark Horse’ and the beat on ‘Why did you go?’ which picks up a discernible dance feel towards the end. Seemingly she was schooled where the majority of classmates were of non-Norwegian descent and where the music of that part of the world dominated the playground.

But overall I don’t hear it. What I do hear is powerful and very individual electro-pop populated by snatched references to the likes of those artists mentioned earlier, others such as Fleetwood Mac, and in her angrier moments even Patti Smith. Add to that an arcane collection of instruments employed, again in good old Norwegian fashion, such as analogue synths and drum machines, an antique Roland Space Echo, novelty maracas and chopstick-onto-teacup percussion and Thea has brewed up a winning formula, one that is well worth the eight out of ten I award the album.

“We’re living in a Golden Age” she sings on ‘Ikaros’. Norwegian pop music certainly is doing just that right now and Thea and the Wild is playing her part in it.

Ikaros is released on 02 February 2018 by Propeller Recordings