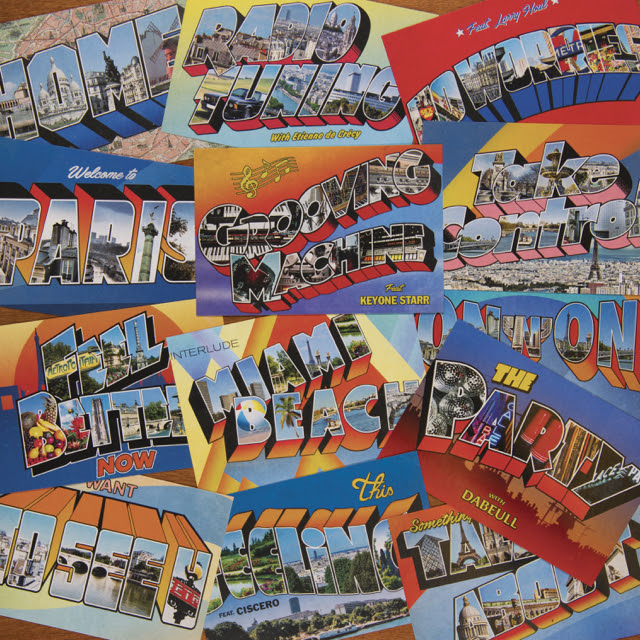 “The 80s were a void, a fucking wasteland without merit, except for four things: Hagler, Duran, Hearns and Sugar Ray Leonard.”

This was the opinion of inimitable alt rockers Jetplane Landing on their fine 2007 album Backlash Cop. It would appear, however, that nobody informed French producer and multi-instrumentalist Jean Tonique, for Well Mannered Frivolity couldn’t be more 80s if you dressed it up in legwarmers, permed its mullet, donned a pair of white gloves and body-popped around it in front of a giant glitterball. Thankfully though, it mostly takes its cues from the coolest soul pop records of the decade. So you can pretty much sum it up by saying it sounds like Sister Sledge, Quincy Jones, Chaka Khan, Shalamar and Nile Rodgers during an all-night love-in. But less sleazy than that actually sounds.

Despite my previous comments, there are obvious nods to more modern contemporaries too, most blatantly Daft Punk on the vocoder dominated ‘Feel Better Now‘ a few tracks in, which effectively conveys the ‘summer holiday’ feel of the record’s artwork. But there’s no getting away from where the lion’s share of the inspiration has come from, as the likes of ‘Grooving Machine‘ (featuring Keyone Starr) calls to mind The Gap Band‘s ‘Oops Upside Your Head‘ and the jazzier ‘Take Control‘ (featuring Piedbois) isn’t a million miles off what performers like Animal Nightlife, Shakatak and perhaps even Al Jarreau were doing at the time.

Where Well Mannered Frivolity impresses the most though, is on those tracks where Chic – especially the aforementioned Rodgers – have clearly been the blueprint, so sun-soaked compositions like ‘On ‘n’ On‘ and ‘Want To See U‘, with their fidgety funk guitar motifs, stand out like a cocktail bar on the burning desert sands. The great thing about it is that, should you reach said cocktail bar and, in your horror, realise it was nothing but a mirage, even in your famished, perishable state, you’ll still want to dance. Sure, you may be dancing mostly because your feet are on fire, but the truth is, on many of these tunes, so is Tonique.

It wouldn’t be fair though to dismiss the whole thing as some kind of eighties pastiche; it is more than that, incorporating the sounds of latter day artists like Air, Beyoncé, Calvin Harris and yours truly along the way. Well, ok, I admit, the likelihood of Jean Tonique having been influenced by something I personally recorded back in 1989 in my bedroom with a mate, which only about 12 people heard, is probably remote, but blow me, ‘No Worries‘ doesn’t half sound like a song I wrote called ‘Fluffy Bunnies‘…

Anyway, smooth soulful grooves aplenty here for those who like to work out, and just as much to embrace for those of you who think pulling the quilt over your shoulders is exercise enough.

Well Mannered Frivolity is out now on Tonique Records.