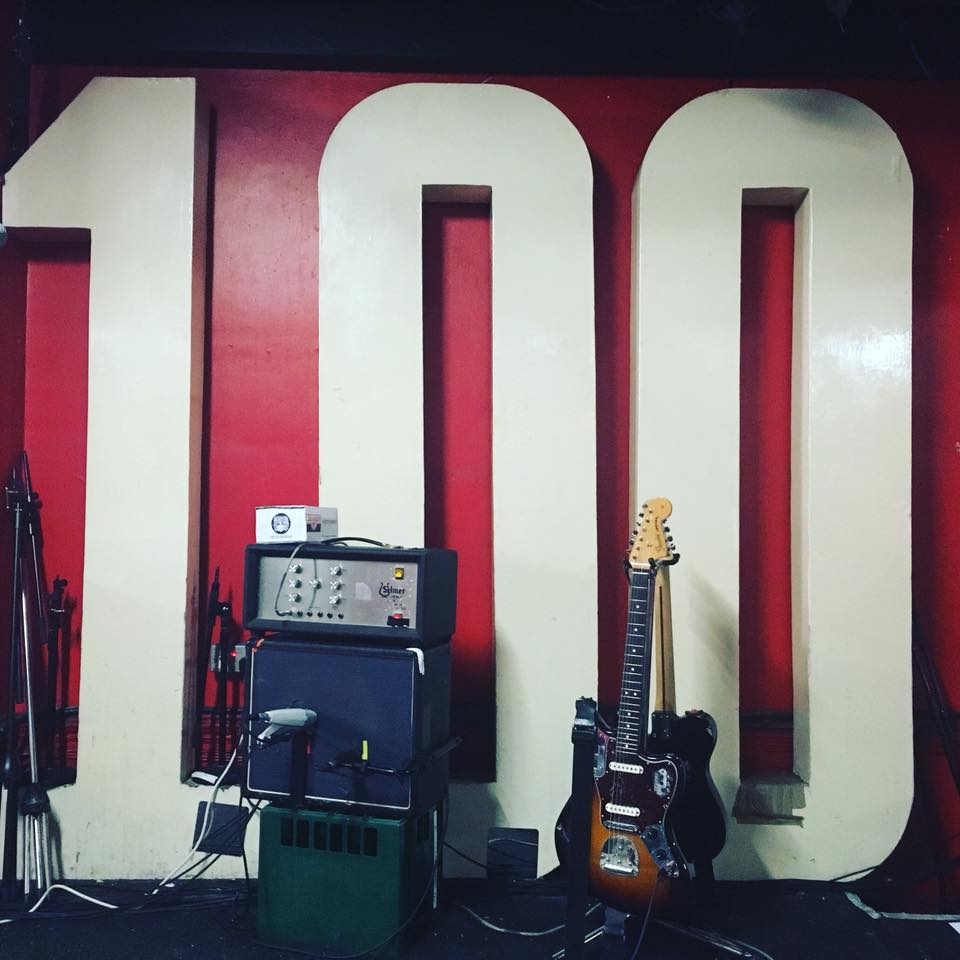 If this is Eggland, you better check your hostilities at the door. Lancaster’s oddball outfit, The Lovely Eggs don’t want any of that arm folding, beard-stroking nonsense in the front rows. You’re unlikely to find it, to be honest. Everyone here is far too busy parading their branded Eggs scarves in the air. Emblazoned with the band’s anthem, ‘Fuck It’, it’s like some sort of cosmic football mob, only hellbent on moshing and merriment rather than racist slurs. This is ultimate punk rock abandon for the next forty minutes. 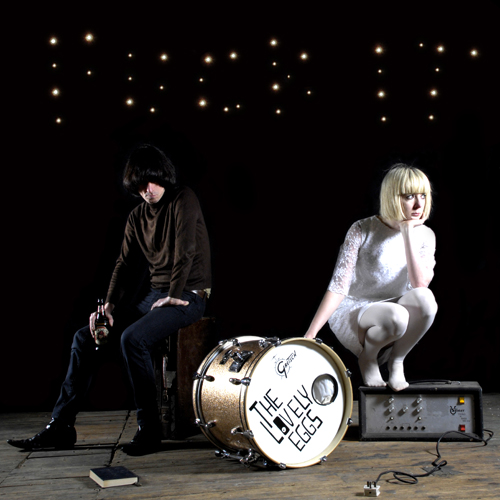 It’s not surprising for a band who have been grafting away at this for the last eleven years. The DIY current runs hard through everything, from Holly’s Mum pitching in to roll tour T-shirts to their on-stage uniforms as David jokes, “I had some old curtains and a hot glue gun”. Holly’s follow up is an honest insight into a band that has no issue mucking in to make things happen: “I might’ve just taken my little lad to bed with yogurt down me front but when I put this on, it’s magical”.

Latest release,This Is Eggland unsurprisingly dominates the set. Twin Peaks fuelled, ‘I Shouldn’t Have Said That’, for some, could offer up solace in the sad passing of seminal post-punk icon, Mark E Smith, all full throttle guitar kicks in for and a similarly scabrous drawl. Not shy of a fair few socialist singalongs, ‘Dickhead’ is a straight-talking slam against annoying dullards whilst latest single ‘Wiggy Giggy’ is reminiscent of a fellow Northern punkers, Kenickie (fitting, considering the airplay the track has received on Lauren Laverne’s 6Music show). There are a few old favourites thrown in for good measure though. ‘People are Twats’ could’ve been “written for London”, Holly laughs: “The interaction between human souls here is amazing” as she salutes us and all our “fucking Pret A Mangers”.

But it’s knitted number and archetypal Eggs goldust, ‘Fuck It’ that always brings a whole room of seemingly disconnected people into a rabble of punk enthused party heads. It’s at this point that Holly, over the ringing first chords of the song, embarks on a classic Eggs anecdote. They’ve had a big night in their hometown of Preston the night before and by all accounts, peaked too soon (“You didn’t puke in the sink”, she jibes) She gets this phone call from their distributor, Craig and he says: “Mate, you alright. I need 400 CDs shipped out now”. And she’s hanging. It’s a tall order but did they rise to the challenge? Of course, they bloody well did.

And that’s the thing about The Lovely Eggs. They’re one of us. The mundane massive. Hard knocks persevering through the daily rigmarole of shit thrown your way but here they stand defiant and dead chuffed. “We sold out 9/10 of these shows. That’s a dream in someone else’s life”. Or is it not just the shifting of the universes?

Forget humdrum England, this is Eggland and long may they reign!