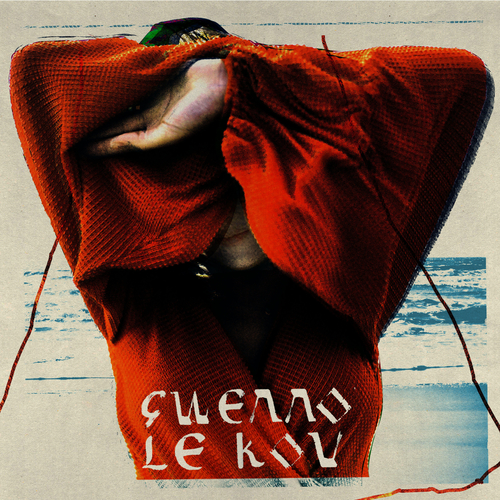 It’s interesting to consider how Late Capitalism, and by extension, the Internet has made so much of Great Britain so homogenous over the last 20 odd years. Post-industrial towns in Britain have the same bunch of shops, the same chain pubs, the same multinationals – we are witness to these culture killing processes the country over. There have been pockets of cultural responses to this, of course. Perhaps now is a time we will see marked increase in pockets of preservation through cultural incentives.

Le Kov is a timely release in the respect that it’s an album sung entirely in Saunders’ third language, Cornish. Arguably Gwenno’s art has always been preoccupied with the preservation of marginalised culture – her debut album, the Dystopian Y Dydd Olaf is a futuristic Welsh language album about the importance of preserving cultural identity at the expense of corporate suffocation. To release an album in Cornish – spoken fluently by approximately 1000 people – doesn’t seem such an odd move in this context. Gwenno Saunders is fluent in Cornish, and this a true document of a living language that has been spoken for 15 centuries.

Le Kov is a kaleidoscopic, psychedelic affair. In one respect, picking up exactly from where ‘Y Dydd Olaf’ left off (the final track on the album was sung in Cornish), ‘Le Kov’ (‘The Place of Memory‘) takes Gwenno into much more intricate, textural, musical territory. Saunders’ gorgeous, smoky voice is still centre stage, but the exceptional music draws astutely on a broad range of influences. ‘Tir Ha Mor’ is a transportative, Komsiche-inflected number, ‘Den Heb Taves’ combines a Gainsbourg inspired bassline with swirling pianos that sound practically neo-classical, beautiful electronic textures throughout the record recall Aphex Twin and Boards of Canada (Indeed, ‘Hi A Skoellyas Liv A Dhagrow’ is directly inspired by a song from ‘Druqks’). Gruff Rhys (who has a similarly healthy interest in exploring cultural heritage) adds his gorgeous, dulcet tones to ‘Daromres y’n Howl’, an irreverent and beautiful tune, which is one of the most conventional on the record, reminiscent of Cate Le Bon’s pop nous.

As a political statement, Le Kov is very astutue. ‘Herdhya‘ (Pushing), a is song “about the feeling of isolation after the Brexit vote, and realising that you’re stuck on an island—Britain—with perhaps many people who are trying to push society back to a regressive idea of the middle ages that has never existed, and imposing that on everyone else,” says Gwenno. By contrast, “dhyn ni oll” (For Us All) speaks of a ‘sanctuary city and analogue for the importance of understanding that diverse identities are the foundation of any place.’ As a politicised record it strikes a beautiful balance between wearing its cultural heritage on its sleeve and speaking of the importance of diversity and inclusiveness.

Additionally, Le Kov is a tremendously sonically sophisticated record, particularly recalling the likes of Broadcast and French film music. It gradually unfurls and displays its beauty over repeated listens.

Much like its predecessor, ideologically, it is about the preservation of marginalised language. That isn’t to say that this contributes to an inaccessibility, as this is far and away the most accessible and satisfying music Saunders has ever made. Let this odd, beautiful, nocturnal record into your heart and it will endure for many, many repeated listens.

Le Kov is released on 2nd March through Heavenly.