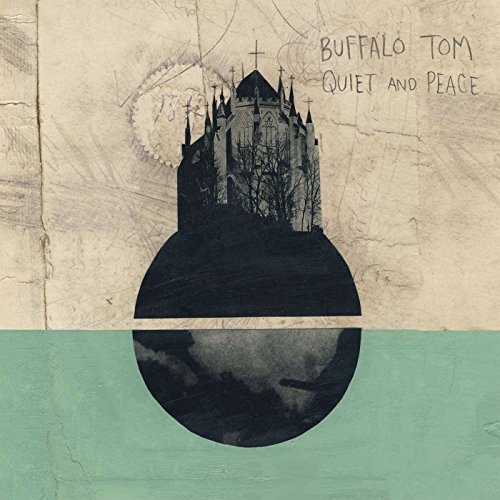 Buffalo Tom’s Indian summer has been one of the most wonderful musical surprises of the century so far, as a band whose once brilliant career appeared to have fizzled out suddenly returned with two of the best albums of their career – 2007’s defiant Three Easy Pieces and 2011’s somewhat darker Skins. When Bill Janovitz sang “Where’d they go?! Where are all those golden years?” on 2007’s career-high ‘Bottom of the Rain’, he set the tone for their comeback – raging against the dying of the light, acknowledging their elder statesman status without embracing it.

Quiet & Peace is, and I mean this in a good way, more of the same – a masterclass in how to grow older gracefully, on how to mature without losing the passion and intensity that made you what you were in the first place. Opener ‘All Be Gone’ combines the album’s most upbeat tune with lyrics that face up to mortality – “Seems like I was just a kid not so long ago…Now my time behind is greater than my time ahead”. The truly wonderful, gut-wrenching ‘Freckles’ pulls off the same trick, as Janovitz laments his daughter growing up and leaving home (“The freckles on your nose, when they wrinkle…I suppose I’m in trouble now”) to a piano/Hammond-driven arrangement that grows and grows in intensity over its six brilliant minutes. And ‘Lonely Fast & Deep’ is a classic Buffalo Tom rocker about how ageing is less a gradual thing, and more of a sudden “Fuck, I’m old!” thing – “It is frightening how it creeps on up on you”. It is indeed Bill, it is indeed.

And of course, this being the band who reduced grown men to tears back in 1992 with the classic ‘Taillights Fade’, the ballads are killers too. Buffalo Tom were always more of a soul band than a grunge band and the lovely, Stonesy ‘Overtime’ shows their love for the Muscle Shoals sound is as strong as ever, whilst on the truly stunning ‘In the Ice’ Janovitz sings about how hard it is to escape from yourself, no matter how hard you might try – “When they turned off the lights in the bar/I walked away but only got so far…” – and I become a blubbering wreck sitting here at my laptop. My god man.

Quiet & Peace isn’t quite perfect – like pretty much every band that occasionally let another member take over lead vocal duty (see: Depeche Mode, Real Estate, British Sea Power), the songs performed by bassist Chris Colbourn are the weakest, with his affected country drawl frequently descending into parody; and there’s a bit too much filler for it to be a true classic. But its high points are gloriously, tear-jerkingly fantastic, and, closing the album with a yearning cover of ‘The Only Living Boy in New York’, they even get me enjoying a Simon & Garfunkel song. Truly miraculous.