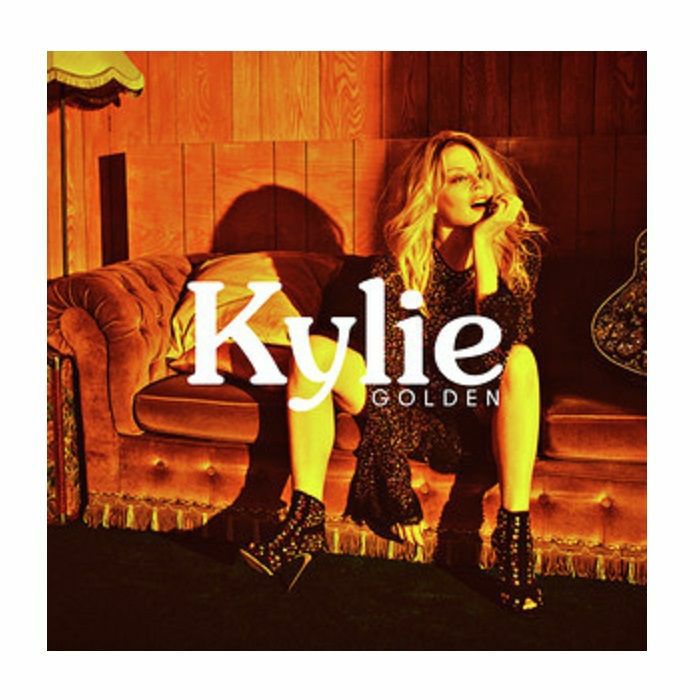 Recorded in Nashville, and largely co-written with Steve McEwan (hitmaker for the likes of Keith Urban and Kenny Chesney), Golden is Kylie’s long-awaited (by, surely, nobody) Country album. Sadly this doesn’t mean that she’s locked herself in a log cabin with nothing but a bottle of moonshine, a guitar and the complete works of Will Oldham; nor that she’s taken her one previous country-ish hit – her wonderful 1996 duet with Nick Cave, ‘Where the Wild Roses Grow’ – as a template. No, Golden is mostly pop-country of the Miley/Taylor variety, all hoedown techno beats, banjos and the dreaded Millennial Whoop.

Quite why, at this stage of her career, pop’s finest exponent of the disco banger has decided to go country on us is something of a mystery. Yes, there is a certain bizarre strain of music critic that seems to think pop and disco are to be taken far less seriously than country & Americana, and that Johnny Cash & Gram Parsons ever made anything as good as ‘Can’t Get You Out of My Head’ (and I say that as someone who loves Johnny Cash & Gram Parsons); but Golden is hardly aimed at Uncut/Mojo readers. It sounds more like a stab at relevance from someone who doesn’t really need to prove herself any more, and it frequently comes over as, and it pains me to say this, a little undignified. Take ‘A Lifetime to Repair’ for example – lyrically a look at Kylies’ latest heartbreak (“If I get hurt again, it’ll be a lifetime to repair”), it deserves far more respectful surroundings than the electro-hillbilly bollocks it’s saddled to here. ‘Live a Little’ is generic modern pop with a generic modern pop message (You’re never going to keep me down, I’m going to live my life etc etc), and the unimaginative fucker who chooses the music at my gym will no doubt be adding it to the playlist very soon. And ‘Shelby 68’ (“Gonna get high when I take that ride in your Shelby 68” – helpfully accompanied by car noises for those of us who haven’t got a fucking clue what a Shelby 68 is) is so thoroughly unconvincing it makes Ed Sheeran‘s attempts at rapping sound like Rakim.

But thankfully, when Kylie stops trying too hard to sound like Dolly Parton and just concentrates on making great pop songs, Golden is a damn fine album. Opener ‘Dancing’ has a defiant I’m-50-but-I-don’t-give-a-fuck (cough) chorus (“When I go out, I wanna go out dancing”) which is arguably the first time this permanently youthful artist has ever acknowledged her own mortality. The title track, all Ennio Morricone meets The XX, is by far the most sonically interesting and adventurous thing here. And the galloping ‘One Last Kiss’ gets the pop-country fusion just right, Kylie cooing “kiss kiss kiss!” over pedal steel guitar before the album’s best chorus comes back in.

And the very best songs are saved for last. It takes her 10 tracks to get there, but ‘Raining Glitter’  is the ragingly camp disco monster most listeners will have been waiting for (and with that title, how could it be anything else), with a storming ‘Relight My Fire’ chorus; whilst the wonderfully-titled closer ‘Music’s Too Sad Without You’ (a duet with Brit-Italian dreamboat singer-songwriter James Savoretti) is a truly lovely breakup waltz (“You felt like home…so why am I leaving?”) and a flipside to ‘Music Sounds Better With You’ (“Music’s too sad without you, silence is all I listen to now”) that finally packs the emotional punch a Kylie post-breakup country album should, and leaves you wishing she’d recorded a whole album’s worth of this stuff.