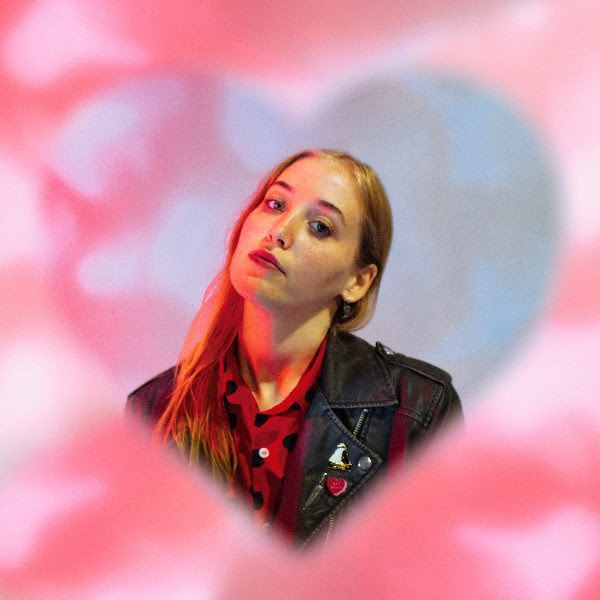 One of our tips for 2018, Hatchie is back with her debut EP, Sugar & Spice. The EP will be released amidst a flurry of UK shows on May 25th via Heavenly Recordings and the title track is online now, accompanied by a new video. A gorgeous bittersweet jangle pop song calling to mind the likes of The Sundays, it’s ripe with Pilbeam’s uncanny ability to evoke both the highs and lows of life in one swooning melody.

Speaking of the EP, Pilbeam says: “After writing music that never felt cohesive or special enough to warrant its own venture, ‘Try’ marked a shift in my writing style I wasn’t expecting. I wrote it in early 2015, followed quickly by ‘Sleep’ and ‘Sugar & Spice’. They were written more for myself than for a specific project, in an effort to explore feelings of vulnerability and ecstasy I had previously suppressed. I wanted these songs to sound lush, sparkly, and recreate euphoric feelings I experienced falling in love for the first time.’ (BC)

After making waves with the majestic and serene debut single ‘Armed With Love’, Chilean born London-based singer and bandleader Garbutt displays an altogether more exuberant side to her sound, closer to the vibe of the high energy gigs she’s been playing around her home city with the extensive backing band The Illuminations. Not only musically, either – the lyrics are about a night on the town that clocks in somewhere between lively and lairy, as she channels her inner South American with the help of a skinful of some (quite probably Chilean) wine. Imagine Dexys, Clash and Libertines all stuck in a blender and a healthy dash of empowering feminism added for extra flavour, and you’re on the way to making friends with ‘Lady Matador’. (BW)

Rookes – The Game and the River

Hot off the press is Rookes, out of Birmingham, with a Brummie take on alt-pop. This is her second single after the infectious rocker ‘The Heel of My Hand’.

A multi-instrumentalist one-woman show, she’s influenced by La Roux and Jeff Buckley, an odd pairing, and the result is something rather special in my book, especially so when in the latter part of the song she ramps up the action with a distorted beat and melody that seems to come naturally to her. I can’t wait to see her playing this and other tracks live. A tour will begin in May, following appearances in Berlin and at The Great Escape. Despite these being debut tracks she has years of live touring experience, supporting the likes of Stealing Sheep.

The song meaning has changed for her personally. Written just as she was “coming out” and unsure how to behave or function in her new identity, it now speaks more to her about how women are finally breaking out creatively.

She is a member of, and an advocate for, Patreon, the membership platform that supports start-up artists like business ‘angels’ and which helped finance the making of her videos.

Possibly the best thing to come out of Birmingham since the Aston Expressway. (DB)

Soundcloud is responsible for the coming together of the US/Scandinavia duo Flora Cash (Shpresa Lleshaj from Stockholm and Cole Randall from Minneapolis), both musically and romantically. They “met” on there in 2012, exchanged songs and notes and eventually got married, possibly in Soundcloud’s offices for all we know.

They’ve released three EPs, a mini-album and a full one. ‘18 Dollars’ is their first single of 2018 and it’s about, guess what? – a failed relationship. So many songs are, but there is some irony in the choice of subject this time.

Theirs is an interesting sound, acoustic R&B music with a big production and she has quite a vocal likeness to Banks. There is a wonderful moment in this song when Shpresa seems to sing “I wanna like IKEA.” But of course you do dear, you’re Swedish.

The single was released on 30th March via the Swedish label Icons Creating Evil Art. (DB)

Once you are aware of the story behind the recording of ‘Bad Luck’, the song perhaps says just as much about Neko Case’s determined spirit and philosophical outlook on life as it does about its own quite remarkable buoyancy. Whilst in Sweden working on material for Hell-On – what will now be her next album, due for release on the 1st of June via Anti- Records – the American musician received a telephone call telling her that her home back in Vermont had been badly damaged by fire, destroying many of her personal belongings in the process.

A few hours later Neko Case then went back into the Stockholm studio and laid down the vocals for ‘Bad Luck’. Written years beforehand, the lines “It’s not as bad as I thought it would be / but it’s still pretty bad luck” must have suddenly seemed strangely prescient. The sheer indie-pop positivity of ‘Bad Luck’ tells us that after all, and just maybe, every cloud does have a silver lining. (SG)

Bryde – To Be Brave

Brave aka Sarah Howells releases her debut LP Like An Island today via Seahorse Music, a label she set up to publish records by like-minded women to help make them more visible in a male-dominated industry.

The albums title opening track ‘To be Brave’ embodies a hope through darkness, a word in the ear to those struggling day to day. The James Yuill remix adding wonderful textures and electronic dynamics to the original tracks throbbing heart.

As she says: “To Be Brave was written as kind of a soft squeeze of the hand to many friends who have, like me, been through many a dark period and put on a brave face and just got on with it. It’s a comment about how we all live out certain episodes of our lives in such a public setting these days that I feel we almost edit them to appear flawless, nothing but smiles.” (BC)