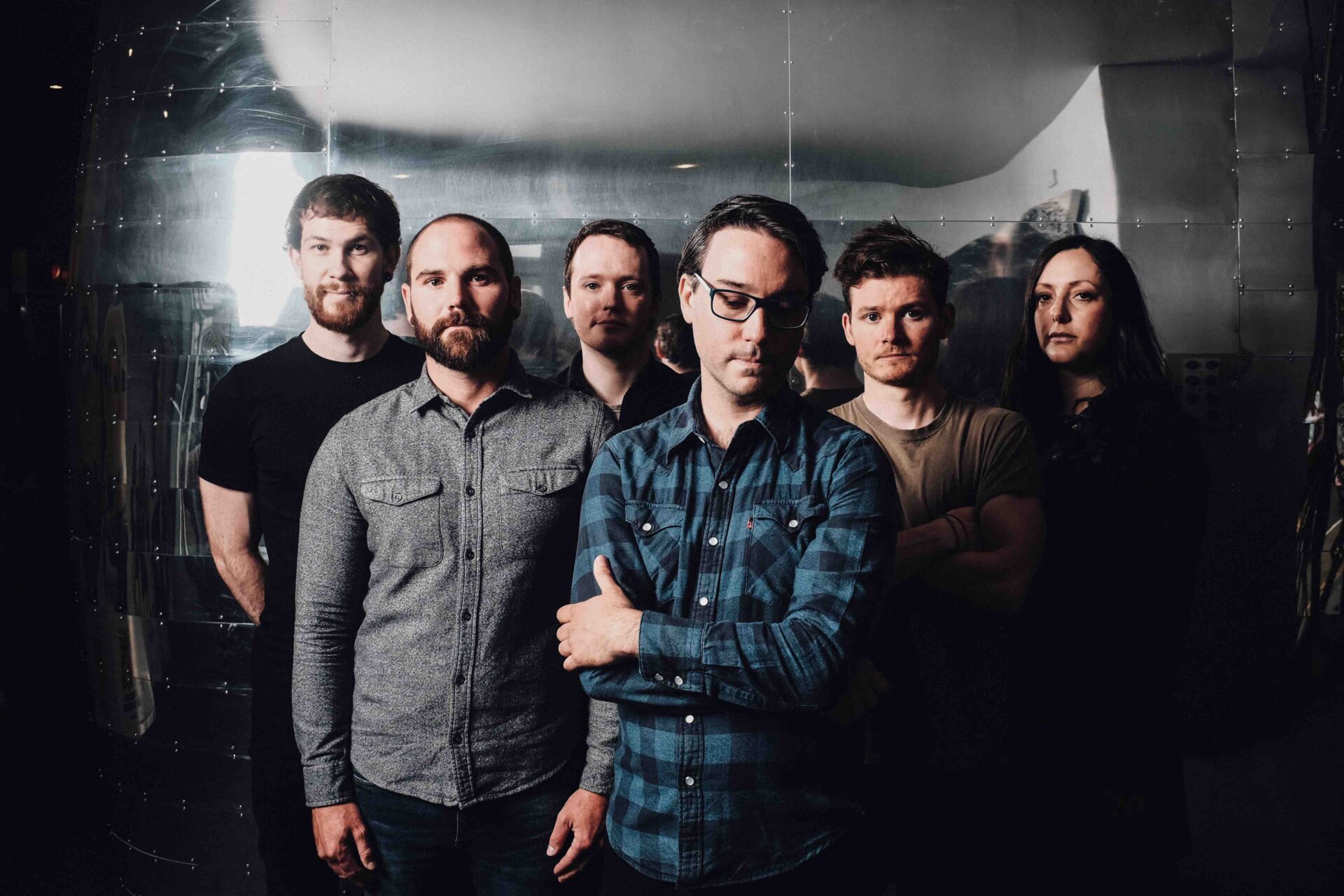 Scottish collective Dante have given us the premiere of their new video for the single ‘Sermons’, set in a church and filmed in black and white you can watch it above. Its taken from their Andy Monaghan (Frightened Rabbit) produced, Howie Weinberg (Nirvana’s Nevermind) mastered album which was released last month. It possess the brooding wide-screen, enveloping guitar and rhythmic cresendos that characterised the more uptempo work of The National and a literate pounding heart, that’s intensely personal vocals and lyrics oscillate in the same realm as fellow Scots like Frightened Rabbit and Idlewild.

Heres what Dante’s Seán McLaughlin says about the track:

‘Musically, Sermons is a great example of the new approach to writing we took for this record – focussing much more on a collective/democratic process. It’s slower writing music by comity as we have to wait until we’re all together before firm decisions can be made, but you can get much more interesting results from doing this. The track has all sorts of different noises/genres thrown at it but still works as a coherent song. It’s got a fairly straight indie-rock backbeat but the bass part is really spiky in the verses and the drums move to a kind of latin/samba thing in the pre-chorus. The intro hook is this retro 60s guitar thing (almost Hank Marvin-y…) and it has a massive post-rock bridge – essentially just one note played with a cello bow on the guitar, and absolutely soaked in reverb. Somehow it all fits together into something that people are hearing as folk rock, though that’s probably just the Scottish accent.

Lyrically it captures that moment of irrationality in an argument with someone you are close to – you can say some pretty horrible things in those moments. When you’re annoyed to the point of frustration – in that sense it’s kind of about stress.  It’s also about taking yourself or your work too seriously. Hopefully these things are fairly universal and someone, somewhere can relate.’