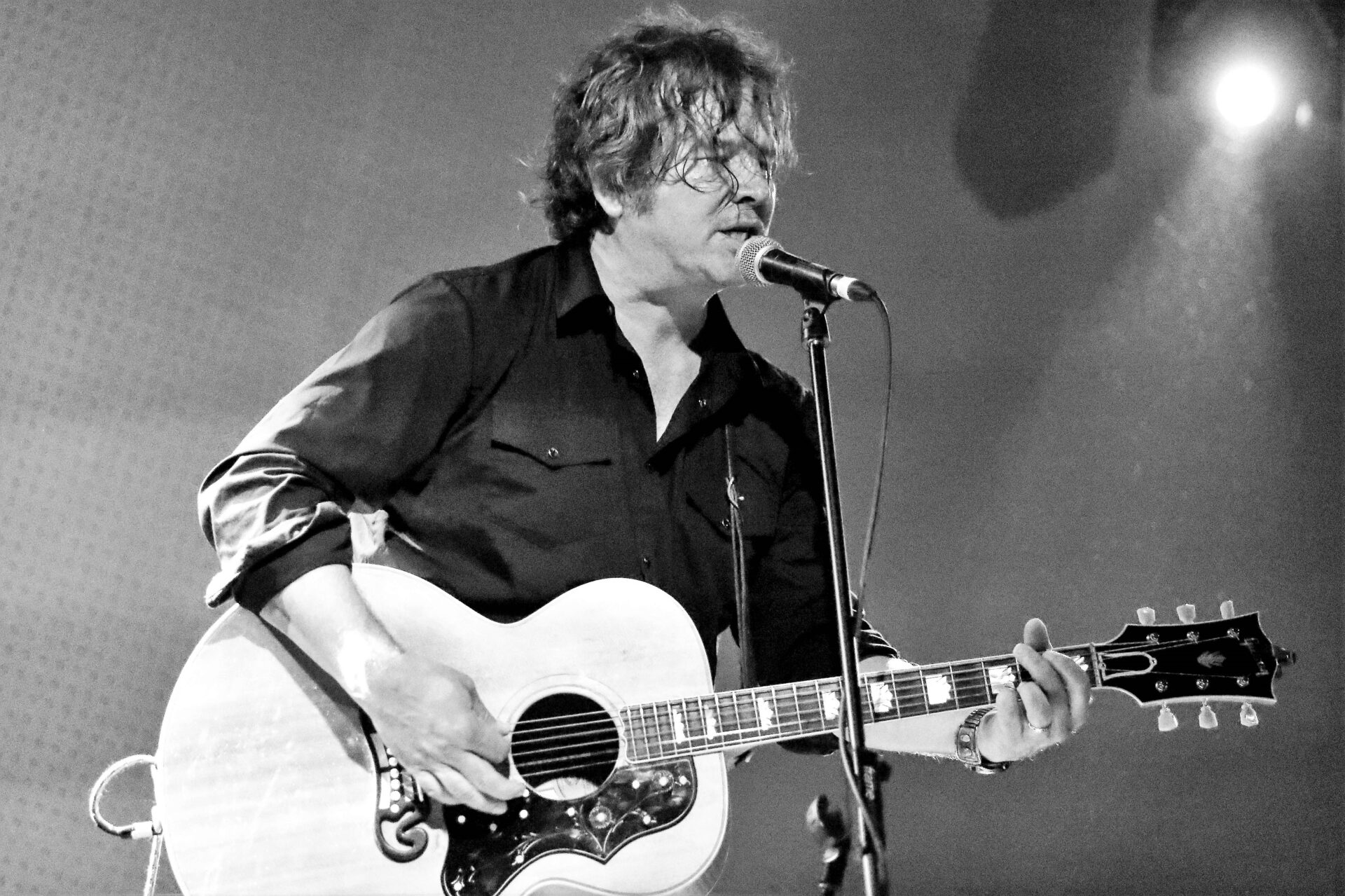 It may well be Sunday evening in Leeds but when Grant-Lee Phillips takes to the Brudenell’s Community Room stage on the stroke of nine o’clock he immediately tells us that he is going to play as if it is a Friday night. And that is precisely what he does. For the next 90 minutes, he belts out no less than 21 hugely impressive, impassioned songs as if he were actually celebrating the start of the weekend instead of lamenting its passing.

Now living in Nashville, Tennessee, the Californian man has been making music for more than 30 years but his appetite, enthusiasm and energy show absolutely no signs of diminishing. And nor does Grant-Lee Phillips’ fundamental belief in humanity, his support of individual freedoms and desire to achieve greater personal securities for those who are oppressed and marginalised. These themes have featured regularly in his songs through the years, alongside his heightened sense of injustice about the greed, abuse of power and associated social irresponsibility he constantly sees around him in the world today.

During these most turbulent of times, Grant-Lee Phillips has been one of music’s most consistently literate and resonant voices of protest and dissent. His latest album, Widdershins (an ancient term meaning ‘to go anti-clockwise’) – his eighth solo outing in total – taps into his home country’s consciousness and these feelings of anger. Written around the time of the USA’s last election campaign and the inauguration of its 45th President in late 2016/early 2017, the songs capture Phillips’ need to express his feelings about a world he suddenly felt had very suddenly been turned on its head. 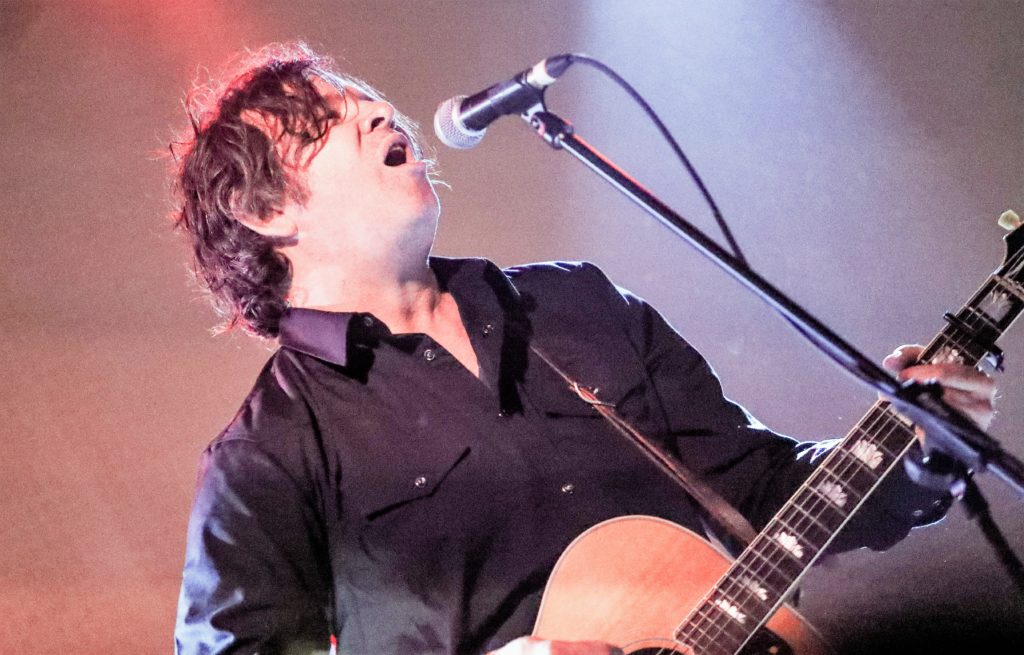 Drummer Jerry Roe and bassist Lex Price, who had also played on his previous album The Narrows, returned to the studio with Grant-Lee Phillips for the recording of Widdershins. Out on this tour, though, it is only Phillips, just the man on his own with his acoustic guitar. In many respects, it feels as if the songs are stripped back to their nascence, their very creative roots, but in concert and despite his flying solo Phillips invests them all with such great muscular force that their messages are never diluted. ‘Walk In Circles’, ‘The Wilderness’, ‘Something’s Gotta Give’ (described here by Phillips as ‘’a little waltz’’) and ‘King of Catastrophes’  – all drawn from the new record – lose none of their urgency, potency and penetration in his skilful hands.

Grant-Lee Phillips then revisits The Narrows for a seismic blast of ‘San Andreas Fault’ before stepping even further back in time to Grant Lee Buffalo, the alt-country cult outfit he helmed in the ’90s. Five of their songs provide a wonderful axis upon which the rest of his performance duly spins. A fantastic ‘Jupiter and Teardrop’ proves to be the pick of this spectacular bunch of fives. And then following an equally excellent ‘Josephine of the Swamps’ (taken from his 2004 album Virginia Creeper), Phillips returns to where the Buffalo once roamed by bidding us a (temporary) farewell with the familiar strains of ‘Fuzzy’.

Grant-Lee Phillips isn’t done yet though. ‘Mobilize’ precedes two further exquisite journeys through the past courtesy of first ‘The Hook’ and then ‘Come To Mama. She Says’, the latter prompted by a determined request from the audience. Not having rehearsed this song in recent memory, Phillips speculates that this version could easily fall into the hands of the Russians, but despite completely forgetting some of its lines – “there’s another verse, I don’t remember its name,” he quickly ad-libs, “and that’s a fucking shame,” – still makes a monumental fist of it. Sweating and smiling he does eventually leave us with his powerful paean for peace, ‘It Ain’t The Same Old Cold War Harry’.

Grant-Lee Phillips had earlier told us if we were to take one thing away from this show then it should be that “there are so many Elvis’s in the world”. What he failed to add is that there is only one Grant-Lee Phillips. And for that, we should be eternally grateful.