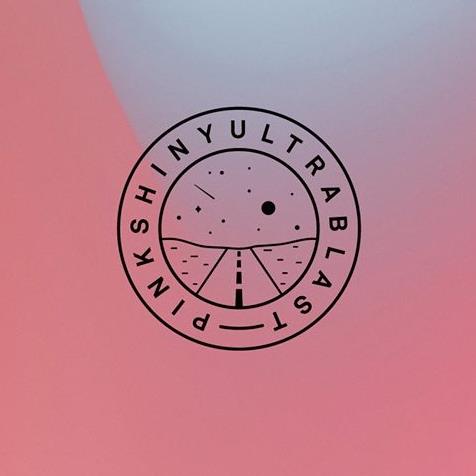 With perhaps a nod to Mogwai and other purveyors of carefully constructed shoegaze soundscapes (think Whirr‘s exemplary Around E.P. from a few years back), Outlander are well suited to opening tonight for Pinkshinyultrablast; their atmospheric pieces strike a chord with the audience.

Also along for the ride is the one man visual and sonic extravaganza of TVAM, (namely Wigan’s Joe Oxley), who conjures up a remarkable set fusing his music with videos displayed on a vintage TV with one of those old stands that they used to use in primary schools. Oxley’s music sits somewhere between Curve and Suicide, though isn’t in any sense retro. He goes down a storm too.

The crowd packed into this excellent venue though have come to see  Russia’s finest, Pinkshinyultrablast, hot on the heels of their new album, Miserable Miracles, which has seen them trim down to a three piece, (shedding a bassist and drummer along the way), while producing their best album so far.

There’s something of a new direction for The Ultrablast (as literally no-one calls them), and tonight’s opener (and the new album’s first track), ‘Dance AM’ demonstrates this straight away with a more danceable, synthpop element to their new tunes. It works very well, and any worries that the sheer power of the band might have been diluted are instantly put aside, and the older material shows no signs of anything lacking either. In fact, 2015’s breakthrough track ‘Umi’, which received heavy rotation on 6Music at the time, sounds absolutely energised and vital. It still sounds like a mega hit from a parallel universe too.

Of the new material, ‘In The Hanging Gardens’ is the pick, singer Lyubov’s vocals soaring higher than ever on the majestic song which has a shout at being the finest thing the band have put their name to so far. Lyubov comes across as almost bashful, usually delivering her vocals side on to the audience, but this just makes her all the more likeable. There are shades of Elizabeth Fraser both in the manner of her delivery, (though it is far from a copy of the Cocteau Twins‘ singer, just a similar aesthetic), and in her approach to performance – in other words, both put the music first and don’t push themselves forward in the usual frontperson kind of way.

A handful of early classics are thrown in for good measure, ‘Blaster’ from the band’s first E.P. back in 2009, plus ‘Ravestar Supreme’ and the totally euphoric ‘Holy Forest’ from 2015’s debut Everything Else Matters.

Rustam on synths and beats produces all kinds of wizardry from behind his table while Roman on guitar is, as ever, a force of nature, driving the songs along; between them they are the perfect foil for those heavenly vocals.

The lovely ‘Find Your Saint’ ends the show, with the crowd here tonight leaving safe in the knowledge that they have seen a band on top of its game.