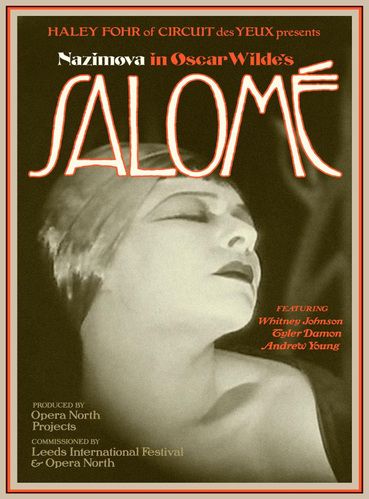 In what is by now a well established line of notable firsts, the Howard Assembly Room tonight hosts the world première of an original soundtrack to the cult silent movie Salomé. Commissioned by Opera North Projects for Leeds International Festival, the score was composed by the Chicago-based musician Haley Fohr and will be performed live by her principal musical project Circuit Des Yeux in front of a rare screening of the 1923 film.

In an ambitious step way from the original film, Haley Fohr requested that its intertitles – the printed dialogue/text that is shown between the scenes of a silent movie – be removed. By so doing, and through the music that she created to accompany the film, she sought to develop a brand new narrative for it.

Produced and largely financed by Alla Nazimova, Salomé was released in 1923 primarily as a vehicle for the Russian-born silent movie actress. Inspired by Oscar Wilde’s infamous play of the same name, the film recounts an ancient story from the bible. It is one that has been told many times before whereby Salomé dances before Herod to win the death of John the Baptist.

In scoring the film – a hugely satisfying experience for Haley Fohr that she describes as “creating art off of art” –  the 29 year old songwriter, composer, and vocalist set out to relocate Salomé’s storyline in the present day. She wanted her narrative to reflect “the psyche of a modern woman in today’s world”.

Accompanied by three of her regular collaborators – Andrew Scott Young on upright bass, viola player Whitney Johnson, and Tyler Damon on percussion – and utilising the mystical magnificence of her voice alongside an array of synths, Haley Fohr adds a huge contemporary gravitas and spirituality to the film.

Haley Fohr’s composition is not a literal sonic reflection of the film’s moving images. It is an experimental piece of music with no lyrics or words per se. Yet for all of its exploratory nature the sound that Circuit Des Yeux do create still manages to faithfully capture the power dynamics that are being played out behind them on the silver screen.

Those feelings of dominance, desire, jealousy, untrammelled rage, sacrifice and despair are all accurately reflected in a score that occasionally nods in the general direction of those late-60’s neo-classical instrumentalists the Third Ear Band, early-70’s British-American electronic duo Tonto’s Expanding Head Band and the avant-garde soprano Diamanda Galás but never loses sight of its very own unique identity.

When reflecting upon her soundtrack, Haley Fohr rightly indicated that the music may not easily stand on its own without the benefit of the film. But when both are taken together they make for what is a most visceral of artistic experiences. 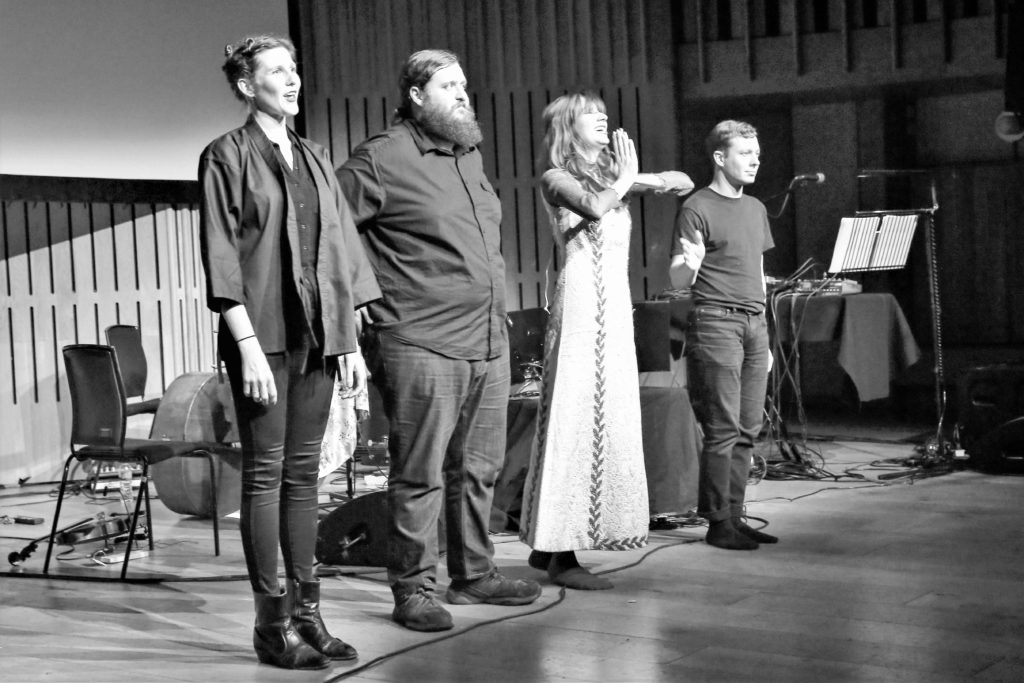