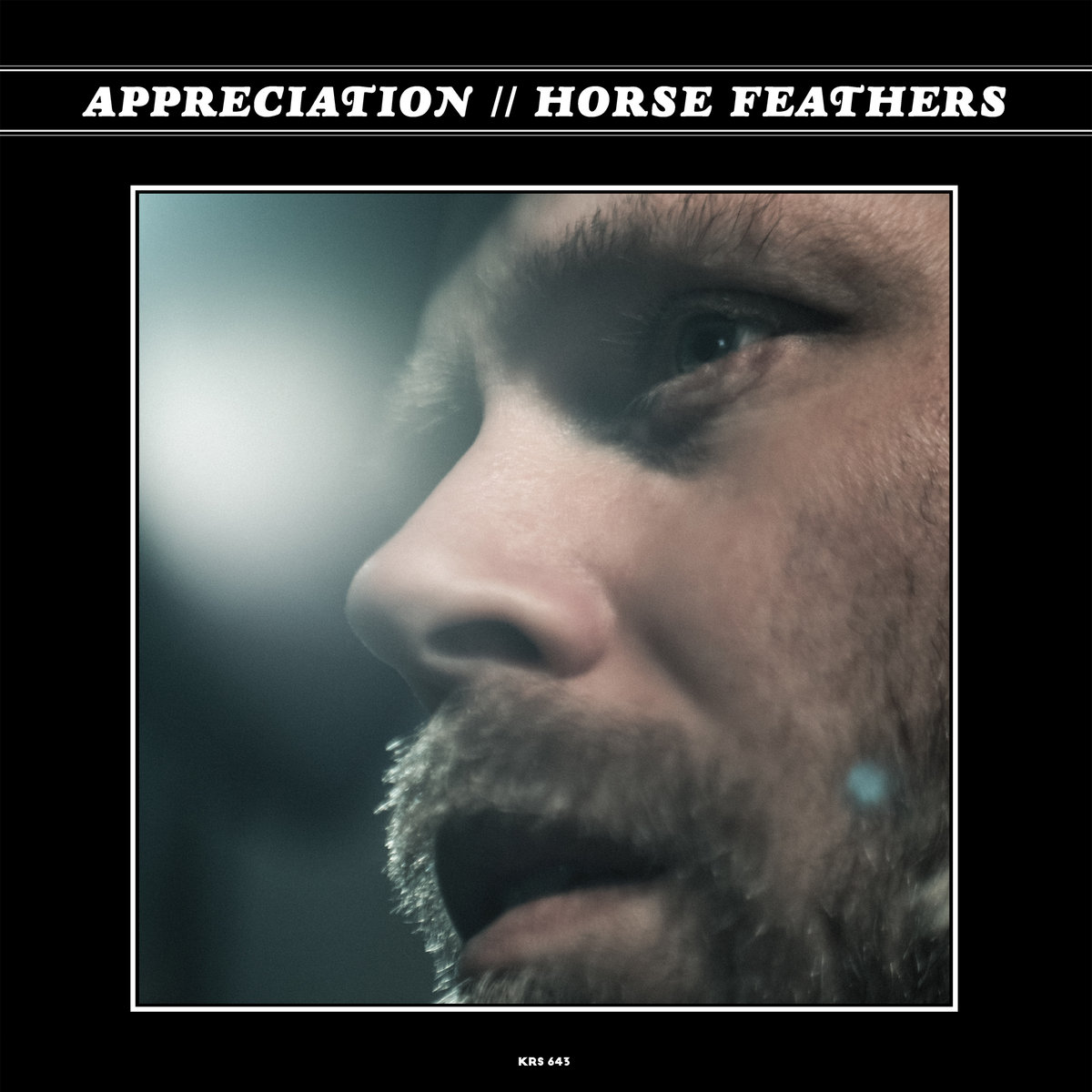 This album was a surprise to me. Its exuberance still is. I came to Horse Feathers in 2008 with their second album, House with No Home on repeat. Four albums on, and wow have they changed.

My deep enjoyment of the Portland band was inspired by a love of their sorrowful sounds. I like Americana music that makes my heart ache and they ticked both these boxes with ease. The songs from that album felt sweetly, shyly downbeat, murmured stories and strings emanating sadness and Oregon wilderness that made me want to cry, in a good way. If House with no Home is American indie folk with a heavy heart, written alone in a cabin deep in the woods, their new release Appreciation is more like country music with a gladder heart, written around friends and whiskey.

First track, Without Applause, has a Bruce Springsteen like delivery, launching the listener into a folk rock feel, carrying on to Altamont later in the album. Lead singer Justin Ringle’s cadence faces up, out and centre, bringing so much more fire than when my Horse Feathers fandom began those twelve years ago. Best to Leave has the head nodding, plucky vibe of a track by The Shivers, sewn through with sweet strings and energising percussion. Onto deeply bluesy bluegrass, Faultline Wail casts images of mist rising above a Louisiana swamp, while Born in Love is as endearing as the title suggests, including lyrics like: Future’s intertwined / Is it destiny and not fate?

I hear atmosphere first, words later, and while there is a great deal of optimistic sound in this album, you can also find a lot of characteristic cynical content. Love coming to an end; gentrification; detrimental effects of alcohol; money worries and environmental issues are all subjects covered. The mood isn’t all happy; and it dips and differs – but then, life is where art comes from.

Ringle is the sole member from their initial line up, in 2006. An arrangement that began with strings only has evolved to become a full band, and it is lovely to listen to this development and not only feel the good kind of sad, but also strengthened by their records. Their closing track, On the Rise, is replete with glistening sounds and magic lyrics.

Total darkness / I have found a light / Fresh and shiny / Fallen from the night
She was by my side.

Appreciation is out now on Kill Rock Stars.