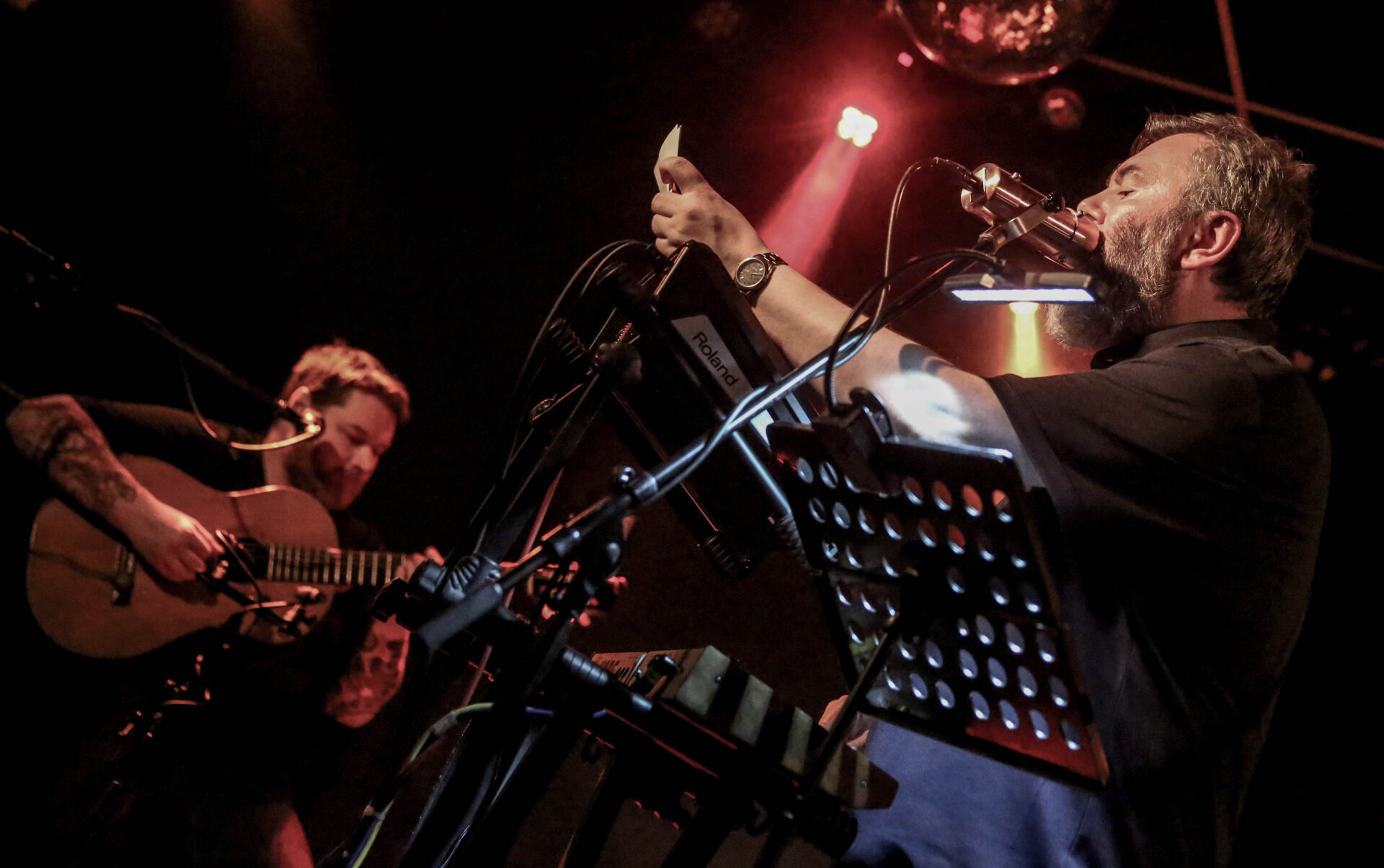 Paint it black. After all, it is World Goth Day. And while the music of Aidan Moffat and RM Hubbert has arguably precious little to do with that particular movement, it does share a couple of Goth’s central characteristics, that is those of darkness and melancholia.

The two Scots musicians have known each other for years. They had already recorded ‘Car Song’ together for Hubbert’s 2012 album Thirteen Lost & Found and in fact performed the song here on this very stage three years ago when Hubbert was out on tour supporting Moffat and Bill Wells. This time around, though, they are here to showcase their first collaborative album, Here Lies The Body, which was released on the Rock Action record label less than a fortnight back.

For the occasion, Aidan Moffat and RM Hubbert are joined – as they had been on six of the album’s tracks – by their fellow Scots’ singer-songwriter, Siobhan Wilson, alongside Moffat’s former Arab Strap bandmate David Jeans on drums. As Moffat so delicately put it, “it’s a great night to be in a room with a bunch of sweaty middle-aged men…and a woman.”

And what a great night it turns out to be. Siobhan Wilson is also the support act on this 11-date tour of the UK and Ireland (this is the second show on the English leg of the tour) and she delivers a stunning set to open the evening. Stripped of her regular band and accompanying herself on electric guitar (and for ‘J’attendrai’, piano), the tenderness and vulnerabilities inherent in her songs seem to be magnified. 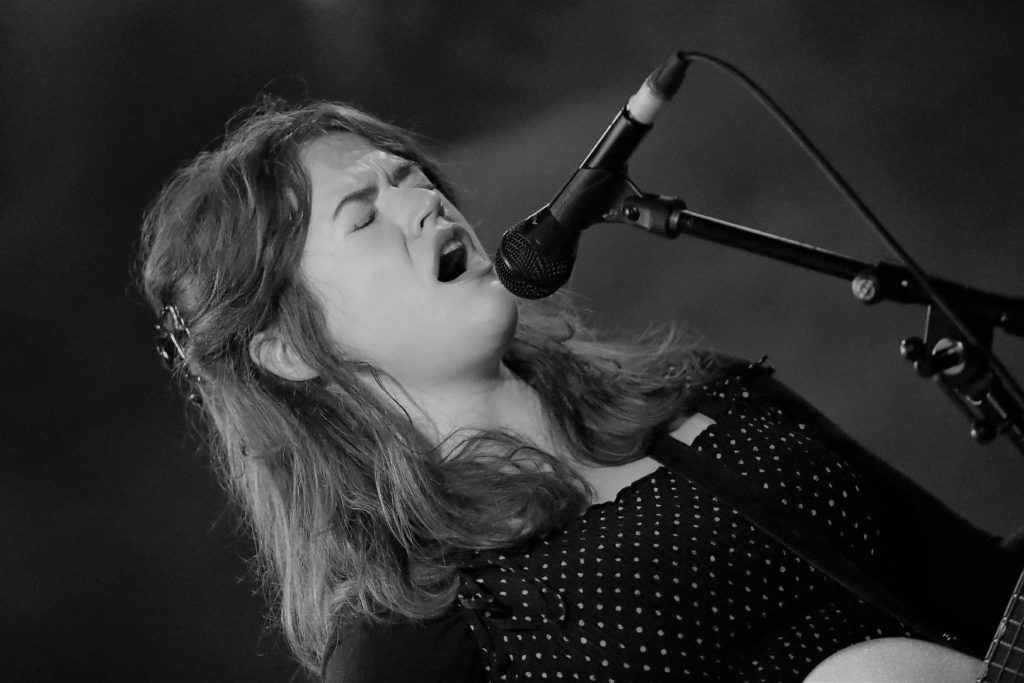 Wilson opens with ‘Incarnation’ from last year’s truly excellent There Are No Saints album and ends half a dozen songs later with a spellbinding ‘All Dressed Up’, an all too brief musical journey that captivates with its sparse, spectral beauty.

She is back on stage less than half an hour later, this time sat behind her cello to accompany Moffat and Hubbert as they play Here Lies The Body in its entirety. The scene is set perfectly with ‘Cockcrow’, a debauched tale of another doomed relationship in which the sweetness of Wilson’s voice serves as the perfect counterpoint to Moffat’s gruff Sprechstimme delivery.

Propelled along its path by RM Hubbert’s flamenco-infused fretwork – a sound that blends brutality with sensitivity – and Jeans’ quietly understated drumming, the music is further enhanced by Moffat’s electronic textures. The words combine to effect compelling narratives of recreation, pro-creation and termination; sex, love and death. They are, at once, both disturbing and strangely beautiful.

‘Zoltar Speaks’ transports us to the Blackpool of Moffat’s younger days and ‘Party On’ to a strange sonic juxtaposition of an ’80s disco and more conventional family knees-up. And on the closing ‘Fringe’, having a pish in a forest has never sounded so romantically sublime.  Through Jeans’ vaguely martial tattoo and the crackling fire accompaniment, you can almost see the shooting stars overhead.

By way of an encore, one of the truly great pop songs – Yazoo’s ‘Only You’ – is then filtered through Aidan Moffat and RM Hubbert’s disturbing lens, the end result of which is really quite astonishing. And then because in Moffat’s own words they had “fucked it up” earlier (when he forgot the words, despite their being written on a sheet of paper in front of him), we get a reprise of ‘Everything Goes’, this time performed as a trio after Jeans had left the stage. And they then left us for London, Bristol and all points beyond with the “familiar territory, and the comforts of memory” of ‘Car Song’.