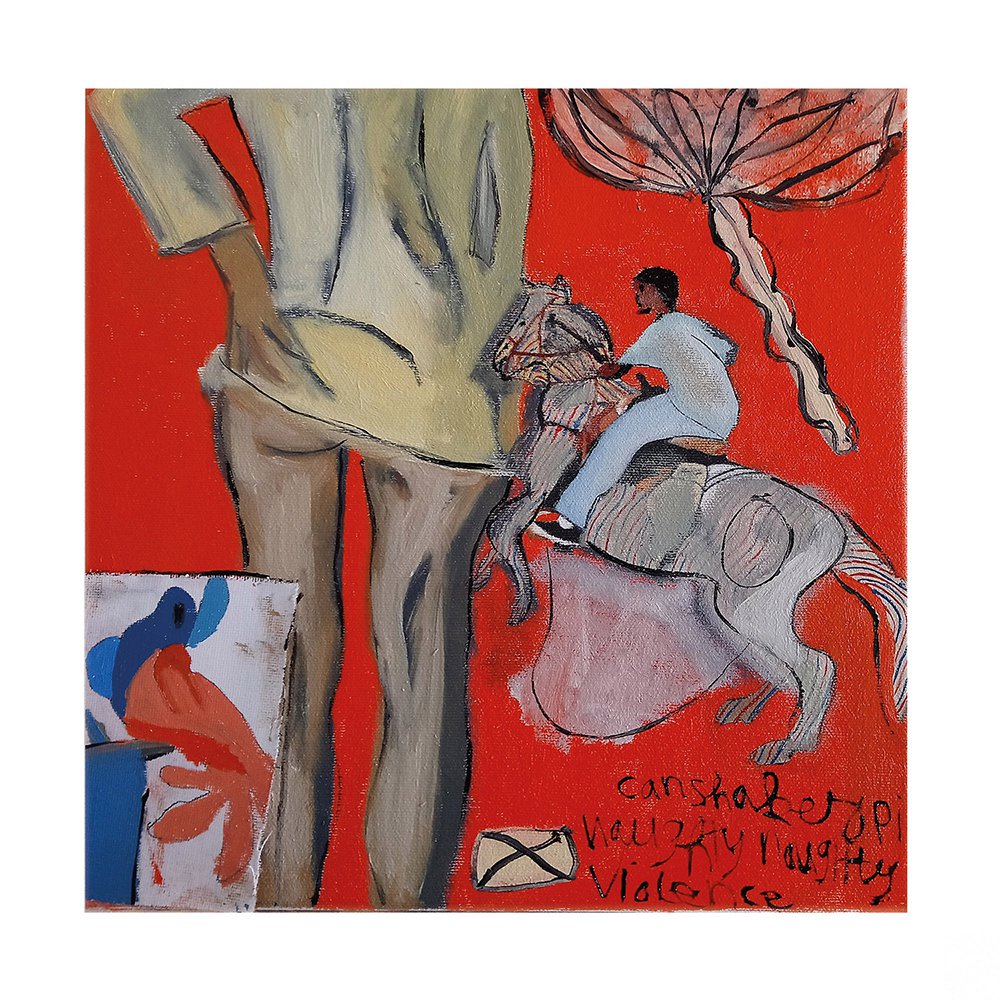 The new album from Amsterdam quartet Canshaker Pi is a noisy delight. In fact, the only two other records this decade to delight so much with noise, melody and being slightly off-kilter are Courtney Barnett’s Sometimes I Sit And Think, And Sometimes I Just Sit and Savages’ Silence Yourself. It’s a record that reaches the dizzy heights of those albums, too.

It’s great to hear a record like this, for those of us who totally believe in what indie should mean, as opposed to safe, generic, MOR guitar-based rock. In lesser hands, this could have ended up being an exercise in record collection rock. These Netherlanders draw on cool influences in terms of sound (Nirvana, Pixies, and most crucially, Pavement), whilst drawing on the free and non-compromising attitudes of seventies punk acts like the Clash and the Sex Pistols, as well as the mighty German band Can and the Fall.

I mentioned Pavement above. If the band have detractors (FOOLS!), they might view the band as having taken more from Pavement than any other. They are not a rip-off of Pavement- in fact, Pavement frontman Stephen Malkmus helped to produce their debut in 2016, while last year they toured with guitarist Spiral Stairs; suggesting the originals are flattered. Of course, none of that would matter if Canshaker Pi didn’t have the songs to back it up with. The fact is that they most definitely do. Some of the tracks here positively explode. Yet they are perfectly capable of producing songs that are slow – the late night/early morning of ‘Legless’ which is one of the album’s highlights. ‘Indie Academy’ and album opener ‘Pressure From Above’ are upbeat anthems to throw yourself around to, while album closer ‘Beautiful World’ demonstrates that, actually, slackers can do epic. Whoddathunkit?

In a world where the notion of ‘alternative’ and why it was (is?) so very necessary, a band like Canshaker Pi show that building upon your record collection can produce a record that continues part of a tradition, whilst still remaining fresh. It would be great to think of an album like this opening the ears of a whole generation of young people to what they can do with guitars. Sadly, challenges to this are usually outwith a band’s control…

This is the first rock record to really excite me in a long while. I was sent a free copy, but it’s so damn good I will go and buy a copy anyway. I encourage you to go and do the same.