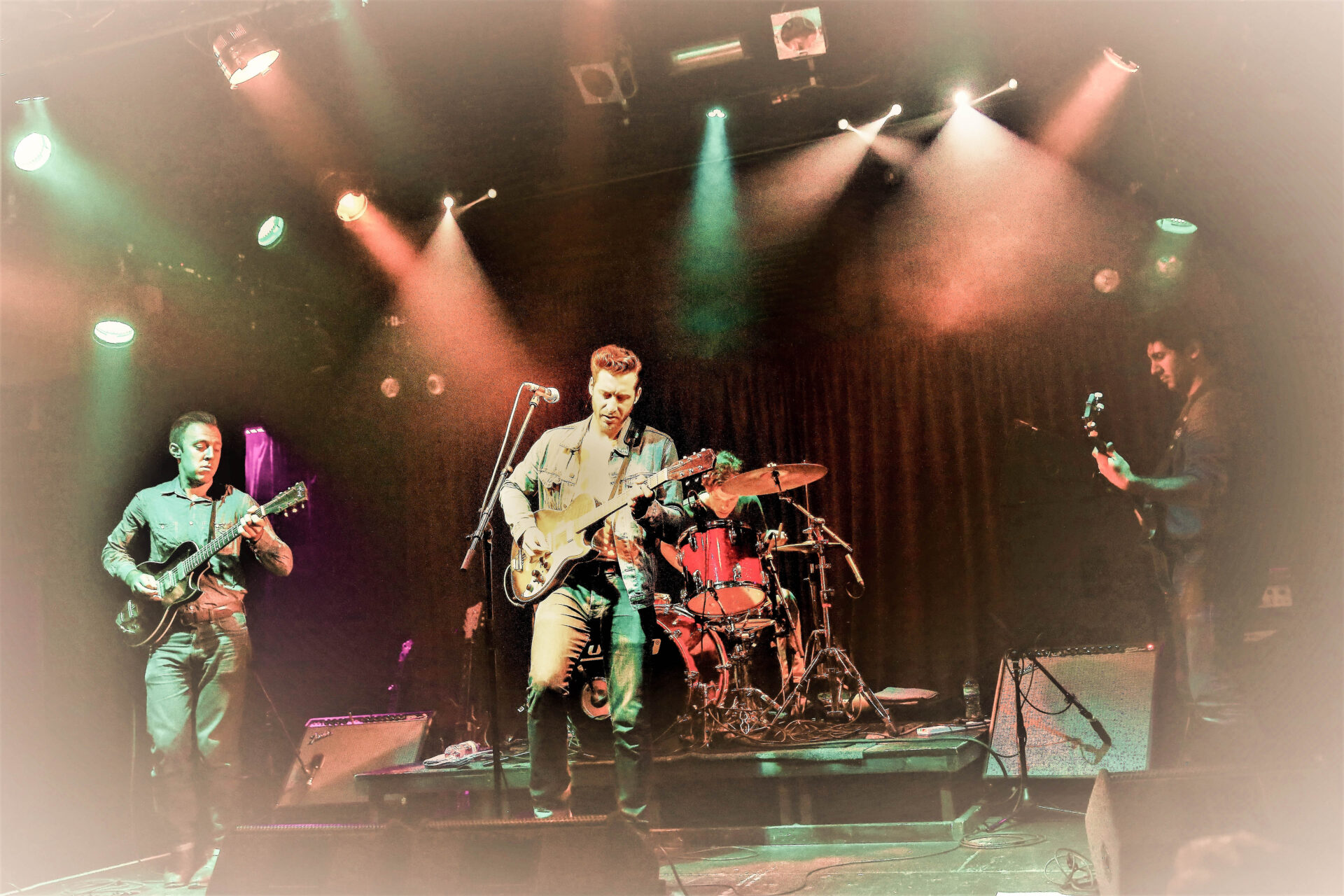 It is entirely fitting that The Americans should conclude their set here tonight with a powerful, searing cover of ‘Tell Me Why You Like Roosevelt’. Originally recorded in 1946 by the Detroit-based gospel group the Evangelist Singers, the song embraces The Americans’ cultural influences and their wider musical vision. Theirs is a sound that is drawn from the deep well of the great American musical tradition, one that is immersed in not only gospel but also inter-war acoustic blues, rockabilly, country and good old fashioned rock’n’roll.

More than 70 years on, ‘Tell Me Why You Like Roosevelt’ still holds great relevance today. It also provides valuable insight into The Americans’ collective ideological position. Written as it was in the immediate aftermath of President Franklin D. Roosevelt’s death in 1945, the song’s warm sentiments can be contrasted starkly with many of those that are now expressed about the United States of America’s current Commander-in-Chief. FDR was generally viewed as being a man of compassion and stability, with an ability to negotiate and compromise, all excellent attributes that would appear to be completely alien to Donald Trump.

Whilst this positive belief system does not manifest itself directly in The Americans’ songs in terms of any overt political commentary on their part, the values of tolerance and understanding do still lie at the heart of their lyrical vignettes. The characters that populate their songs may well be flawed but are seen empathically and with much humanity and serve as a fitting tribute to the band’s more benevolent view of the wider world. 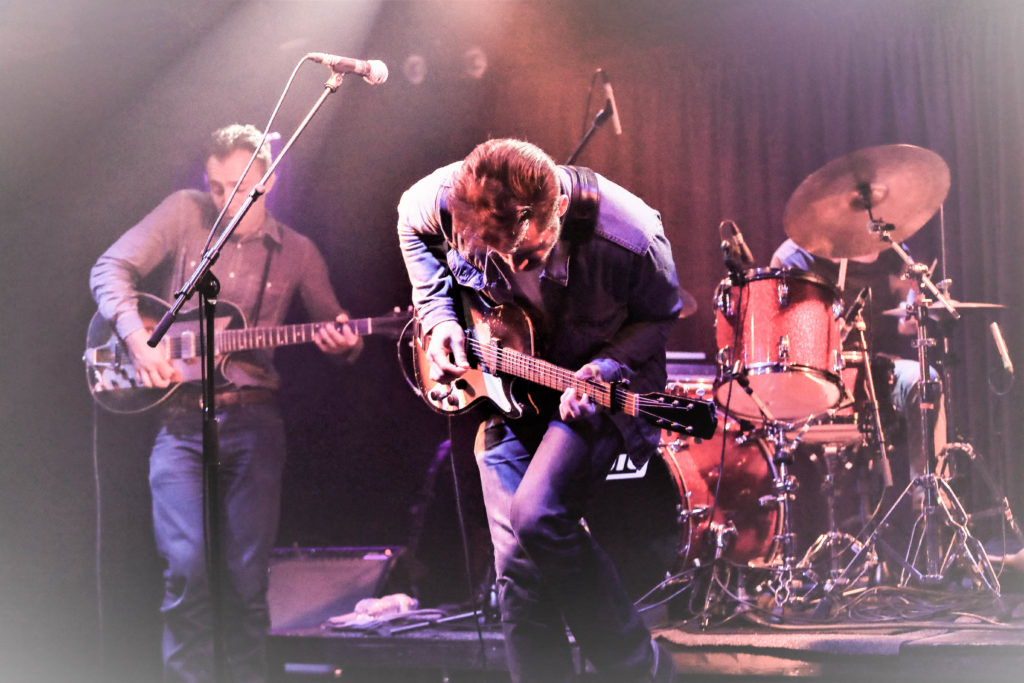 The Americans arrive here in Leeds on the back of a barnstorming set at the inaugural Black Deer Festival in Kent and en route to a coveted place on the undercard at British Summer Time in London’s Hyde Park this coming Sunday in a show that is headlined by Eric Clapton.

Tonight’s set draws heavily upon their debut album I’ll Be Yours – released last July on Loose Records – and crackles into sumptuous life immediately courtesy of ‘Nevada’ and ‘Long Way From Home’. Both songs are taken from the new record and each one is imbued in the grand heritage of rock’n’roll. The band’s core trio of Patrick Ferris (guitar and vocals), Zac Sokolow (guitar and banjo) and Jake Faulkner (bass) are supported by regular drummer Tim Carr and together the four men create an often incendiary sound that fuses the driving momentum of Bruce Springsteen at his most dynamic with the more nuanced charm of The Band and their shared sense of loss at a fast-disappearing America.

An absolutely sublime ‘The Right Stuff’ ends the set proper but enough time then still remains for what becomes an extended, five song encore, the individual highlights of which are the irresistible ‘Isabella’ – complete with the wracked melancholy of Ferris’s vocal delivery – and, of course, ‘Tell Me Why You Like Roosevelt’.

The Americans in The Lending Room at The Library, Leeds was promoted by Hee Haw Sessions