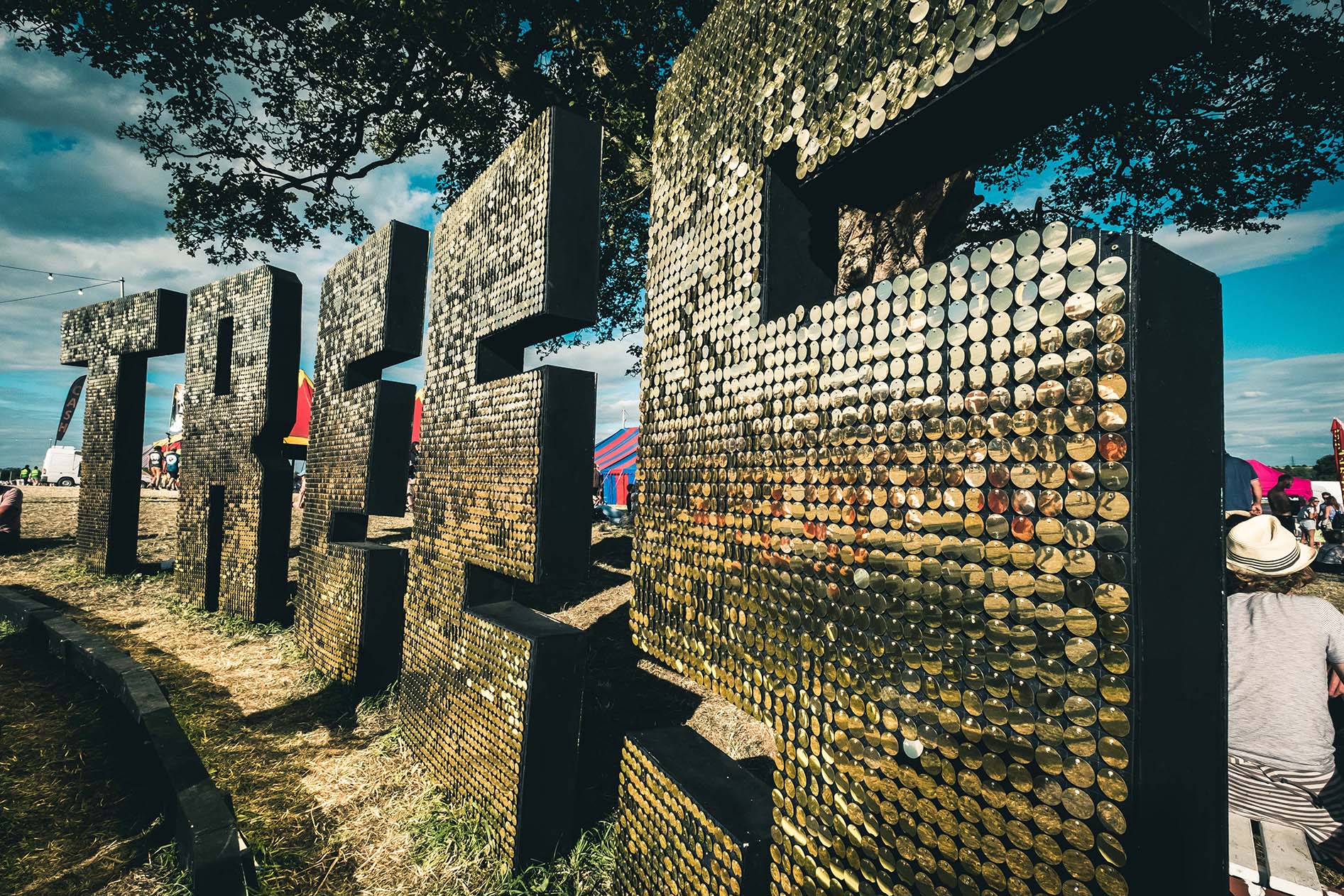 Next week, Upcote Farm in Cheltenham sees the return of 2000 Trees Festival, arguably the finest festival around if you’re into DIY punk rock and its various offshoots and sub-genres. Tickets are a snip at £115 for the full three days of great food, local beer (or BYOB if you prefer), the friendliest, most intimate atmosphere you’re likely to find amongst 10,000 other people and the best toilets we’ve ever seen at a festival. And that’s before we even get to the bands, but don’t worry; they’ve put on as reliably excellent a line-up as ever.

Here are 10 bands we reckon you shouldn’t miss:

What can you say about ATD-I that hasn’t already been said? They are post-hardcore trailblazers. It’s a fair bet that without Relationship of Command half the bands on this bill would sound quite different. Sure, their recent fourth album might have received patchy reviews but how many other bands have a song as iconic as ‘One Armed Scissor’ in their arsenal?

Blood Red Shoes recently reappeared after four years of relative quiet after their last album. They have been busy in the meantime setting up their own label and releasing other bands’ records, but they returned with ‘God Complex’ earlier this year, showcasing a darker, moodier side. Hopefully, the intervening downtime since their self-titled fourth album will have them champing at the bit to show us what they’ve been up to.

Dream Wife, so the story goes, formed as a “fake band” for a project at art school and then ended up writing some songs anyway. It’s a good story but that means nothing without the tunes. Fortunately, they’ve got them by the bucket-load. Their debut album is the best kind of sleazy, messy punk rock that insists on being seen and heard live.

You might know Manchester’s finest post-punks PINS from ‘Aggrophobe’ their collaboration with Iggy Pop last year but there is so much more to them than that. Recent gigs have revealed they’ve been experimenting with their sound more, bringing an electronic edge to their rock’n’roll.

Gallops only write bangers and their gigs have a tendency to become swirling maelstroms of limbs and noise. Unlike Saturday’s headliners Enter Shikari, they combine the thrill of the rave with the vitality of the mosh pit without seeming contrived.

Black Honey have been making a buzz for a while now, with The Guardian calling them “Lana Del Rey fronting a shoegaze band” almost three years ago. But just this week they announced their debut album will be released in September, so expect them to be in celebratory mood.

Black Foxxes‘ recent second album Reiði (Icelandic for “rage”) recently gained a rare 10 out of 10 from Drowned in Sound and their lead single ‘Saela’ picked up some radio play, so they seem to be on the verge of breaking through to a wider audience. Be there before they go supersized.

Jamie Lenman is part of the furniture at 2000 Trees, to the extent that his former band Reuben have a campsite named after them. Ever the showman, his sets are always a highlight. This year he’ll even have some new songs to showcase.

Hell is for Heroes

Hell is for Heroes reunited last year to celebrate 15 years since their debut The Neon Handshake, a Britrock high water mark whose promise they never quite lived up to. Still, they’re a perfect match for a festival who hosted a full-album set from their contemporaries Hundred Reasons a couple of years ago, so this is guaranteed to be the best kind of nostalgia fest.

Denmark’s Nelson Can recently signed to Alcopop! Records which is always a sure sign of quality. Their bass-led sound is reminiscent of Gossip‘s quieter moments; something to soothe your head on Saturday.