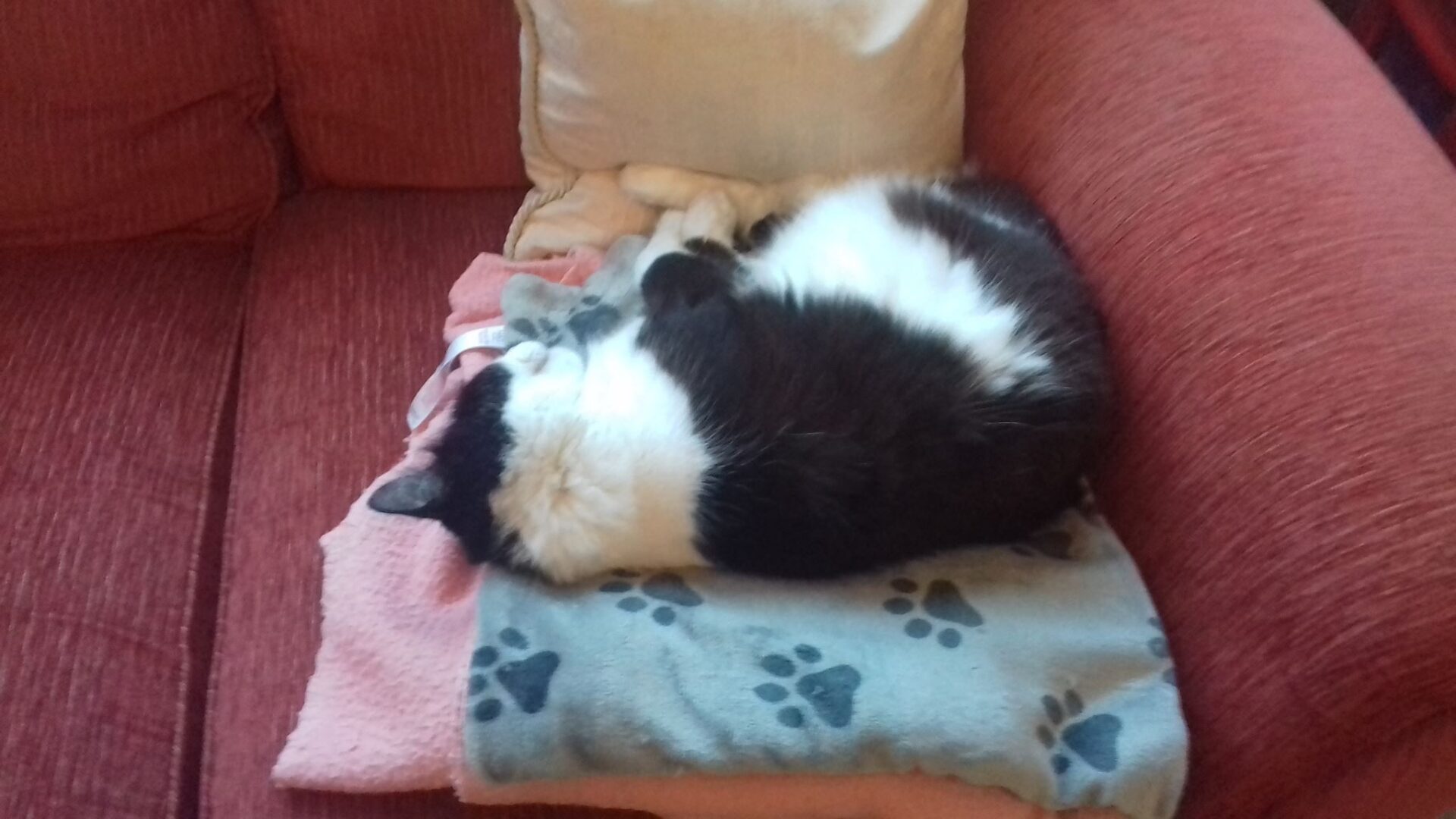 Eagle-eyed readers will have noted that the image I have attached with this review is most certainly not Boz Scaggs. Nor is it even a picture of the great, enduring blues guitarist’s latest record sleeve. No, it’s a photo of our cat, Bertie. Why? Well, because it appears that Mr Scaggs’ music has absolute respect in the feline community, as I have never seen the aforementioned moggy so relaxed as when I played the Ohio born musician’s new release. Immediately afterwards, I started to play the latest Darwin Deez album but was greeted with a most irritated scowl in return. I quickly put Out Of The Blues back on from the beginning and cat Utopia was restored…

It’s not difficult to see where the appeal lies. Perhaps the centrepiece is his utterly charming version of Neil Young‘s ‘On The Beach‘, which somehow manages to retain the original’s pathos while appeasing those who acknowledge old Shakey as a songwriter but could never get past his somewhat ‘acquired taste’ vocal style. But this is not just a candlelit vigil to the past, oh no, for many of the tracks here are uptempo boogie woogies and judicious jumpin’ jives whose mission statement is clearly just to put smiles on people’s faces.

I don’t think Boz will have any argument with me when I say Out Of The Blues is hardly likely to win any prizes in innovation or originality, but it’s a whole lot of fun, and that, primarily, is what music should be all about, right? Many of the rockers were either written by or co-written with Boz’s eternal friend Jack Walroth, with whom there is clearly a spark, so ‘Rock & Stick‘ and ‘Radiator 110‘ are soulful little groovers and the twelve bar blues of ‘Little Miss Night And Day‘ is difficult to resist, whereas the penultimate, and moodier, ‘Those Lies‘ is arguably more in line with something Eric Clapton may have released as a solo record.

Along the way there are interpretations of works written by Jimmy Reed, Jimmy McCracklin and Don Deadric Robey, all respectfully and lovingly repackaged in Scaggs’ inimitable style. There really isn’t a scenario where Out Of The Blues would be an unwelcome soundtrack – you can listen to it as you get ready to go out, you can dance to it, you can sleep to it, hell, much of it would even be acceptable at a funeral or while you’re sitting on the toilet. But most of all, and remember this folks, for it could come in handy – always have Out Of The Blues to hand, ready to play if you ever find yourself attacked by an underworld cat gang. You’ll have them purring like kittens in no time.

Out Of The Blues is out now on Decca/Universal.