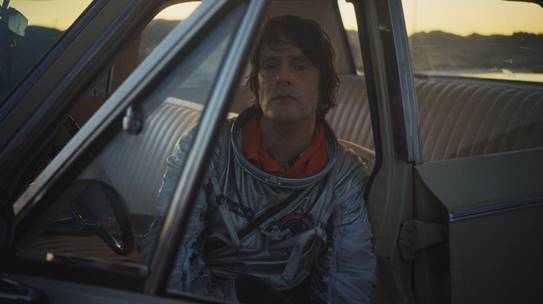 As announced previously on GIITTV, Spiritualized will release their new album, And Nothing Hurt, on Bella Union on September 7. It’s their eighth album studio album.

Having previously released the single ‘I’m Your Man‘/’A Perfect Miracle,’ (both of which appear on the new album), the band have released ‘Here It Comes (The Road) Let’s Go‘ as the next single from And Nothing Hurt. It can be streamed below.

Of the track, Spiritualized frontman Jason Pierce says ‘“Here It Comes (The Road) Let’s Go is a list of instructions that, if followed, allows the listener to find my house. The route is real but it’s on the west coast of America so the house being mine is a fiction. I love the line about the cop waiting up all night to add to his total busts for the day. I wanted it to all end in happiness but it leaves with just a small trace of sadness.’