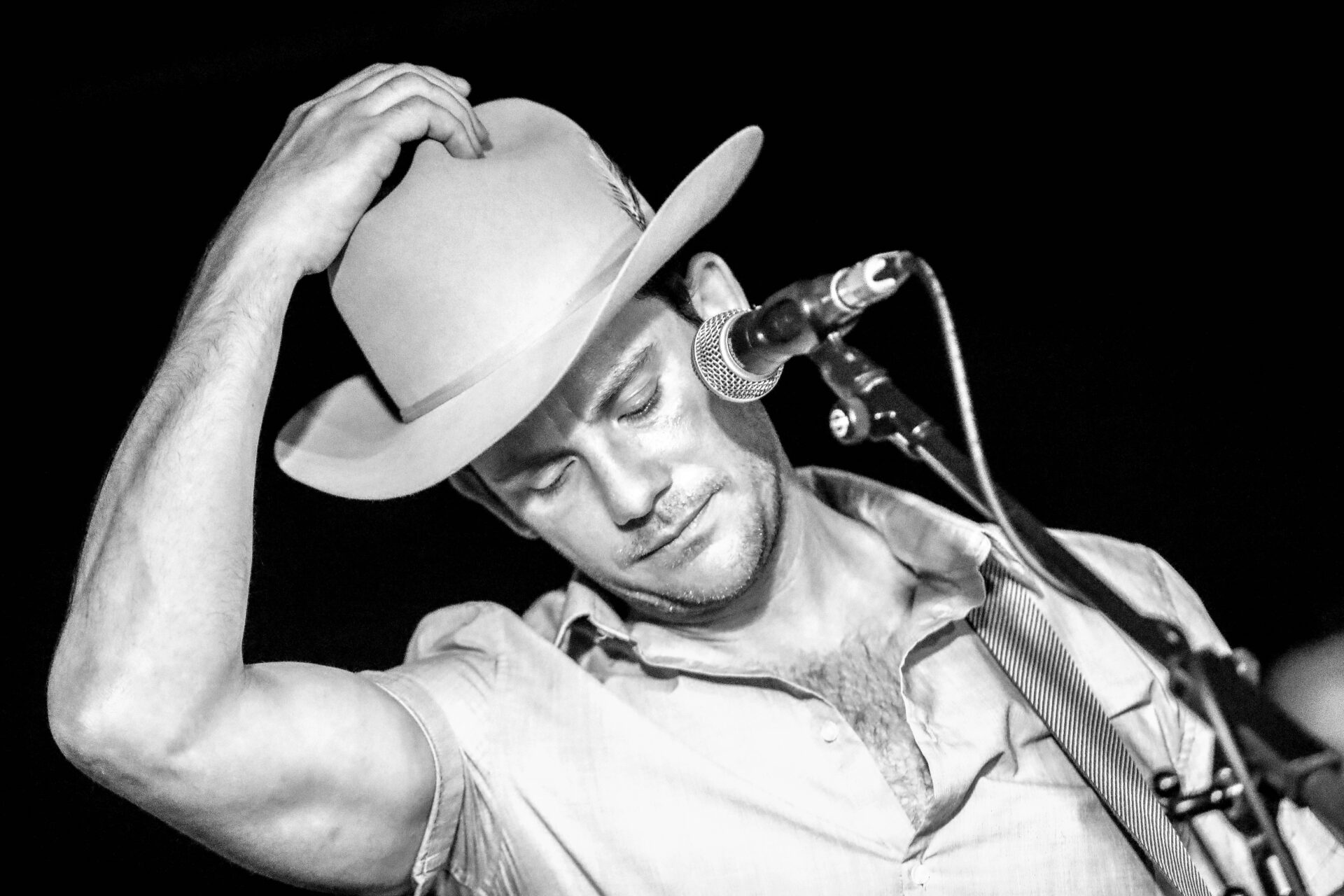 Tonight Sam Outlaw is neither famous nor is he sick. We know this because he is out at the merchandise table after the show, all smiles, shaking hands, cheerfully posing for photographs with folks from the audience, signing copies of his CDs and vinyl, and generally spreading bonhomie to all those who have waited behind to meet the man who has come to us all the way from South Dakota by way of Los Angeles. Now if he had been famous and/or sick, he just wouldn’t be doing any of this. It’s as simple as that. And the reason we know all this is because he had told us as much earlier.

Sam Outlaw seems to still have a bee in his South Californian bonnet about a rather lukewarm gig review he received from the local rag the last time he was in these here parts where specific mention was made by the reporter of the fact that Outlaw didn’t bother coming out to meet and greet his audience after having played at Pocklington Arts Centre in November 2017. But the man was ill, goddammit. Give him a break.

But if tonight is to be our yardstick then Sam Outlaw is clearly someone who thrives on creating dissonance between himself and the outside world. He takes issue with the Crescent Community Venue – a former working men’s club – first describing it as a place “that has been legally closed for decades” before suggesting later that it was “where they filmed Harry Potter”. By way of explanation for his less than complimentary, and it has to be said wholly inaccurate, comments he asserts, rather perversely, that “it is fun to complain”. 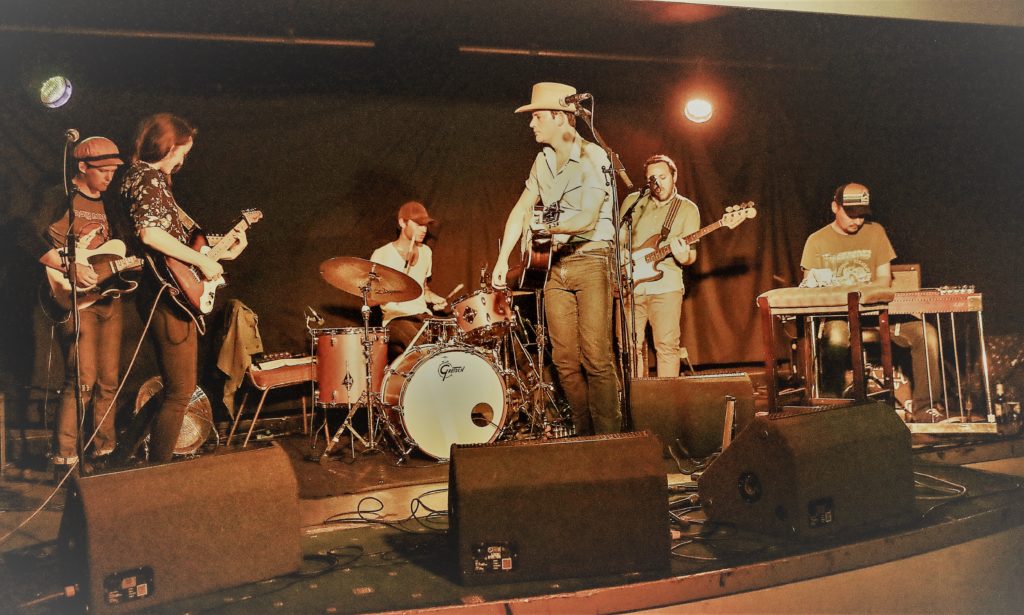 The absence of any air-conditioning in the hire vehicle he had picked up earlier that day has also irked Sam Outlaw, an irritation that the incredibly hot and sweaty atmosphere in The Crescent tonight merely seems to reinforce. He ultimately concludes that it was only “Pauline’s sweet face that saved the shit out of it,” presumably meaning that his entire day had somehow been salvaged by a lady in the crowd having danced gracefully in front of the stage during one of his songs.

And despite his cranky demeanour Sam Outlaw did play some songs – 17 of them in total – and you know what, most of them were actually pretty good. In his Stetson hat, drainpipe Wrangler jeans, skintight shirt, suede boots and matinee-idol good looks – he bears a passing resemblance to the 50’s Hollywood dreamboat Tab Hunter as he appeared in the Western movie The Burning Hill – he is every inch the swoon bait country star. And what is more, he does have some top country tunes to go with it.

A bit like Gram Parsons before him – the country-rock pioneer who had assumed his surname when his widowed mother married Robert Parsons – Sam Outlaw has taken his mother’s maiden name as his stage name. And in another parallel with Parsons, who had Emmylou Harris in his then touring band the Fallen Angels back in the early ‘70s, Outlaw has alongside him Molly Parden as his guitarist and duet partner. Parden is busy tonight, not only fulfilling her support act obligations but also contributing gentle counterpoint harmonies to Outlaw’s classic country voice. She also takes on lead vocal duties for a great cover of Don Henley’s ‘The Boys Of Summer’.

For his part, Sam Outlaw belts out some fairly muscular tunes – ‘All My Life’, ‘Trouble’, and a rollicking encore of ‘Jesus Take The Wheel (And Drive Me To A Bar)’ in particular – which fuse the central elements of country, honky-tonk and rock’n’roll with those familiar C&W lyrical themes of religion, booze, and heartbreak. But it is on the more reflective material such as the dishevelled elegance of ‘Diamond Ring’ and a poignant ‘Ghost Town’ where Outlaw cranks up the melodrama and highlights his undoubted talent.

Observing Sam Outlaw interacting with fans after the show and in marked contrast to much of his ill-natured manner during it, it is clear he has the capacity to be both charming and generous with his time. We can therefore only hope that for his sake he does remain in rude health and, for ours, doesn’t become too famous.