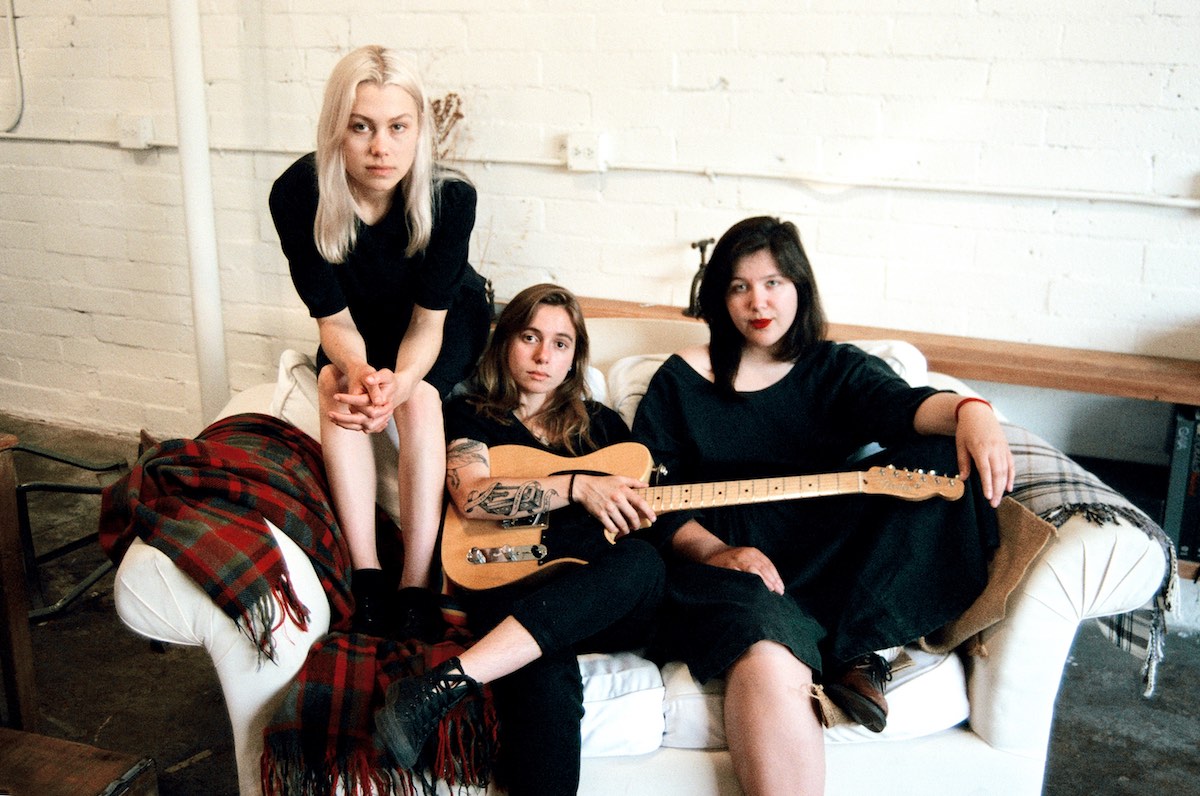 Three of the most exciting young American singer songwriters around are teaming up, Julien Baker, Phoebe Bridgers and Lucy Dacus have come together to record an EP under the moniker boygenius. The project and eponymous EP was announced with three tracks, and the EP will be released on Matador on November 9th.

Listen to all three tracks, ‘Stay Down’, ‘Me & My Dog’ and ‘Bite The Hand’ in this playlist:

The EP sees the three artists – all of whom released hugely lauded albums in the past year which appeared in numerous end of year lists – sharing writing, vocal and instrumental duties. ‘What transpires is something that amalgamates their respective voices, styles and perspectives to something truly new, cohesive and majestic. There’s a palpable sense of camaraderie, kinship and collaborative spirit imbued in each of these songs which is truly inspiring and uplifting.’

The three artists will also be going on tour together in the US in November (no joint UK dates planned as yet), swapping places on the bill for individual sets, and sharing the stage at the encore to play some of the collaborative tracks.

Baker, Bridgers, and Dacus formed boygenius after booking a tour together, but the trio had subconsciously been in the works for longer than that.

“When we met, Lucy and Phoebe and I were in similar places in our lives and our musical endeavors, but also had similar attitudes toward music that engendered an immediate affinity,” Baker explains. “Lucy and Phoebe are incredibly gifted performers, and I am a fan of their art outside of being their friends, but they are also both very wise, discerning and kind people whom I look up to in character as much as in talent.”

“A long time ago, before I even met Phoebe, Julien mentioned that she had a pipe dream of starting a band with both of us,” says Dacus. “Then we booked this tour and decided the time was right.”

“It seemed obvious to record a 7-inch for tour, although many adult men will try to take credit for the idea,” adds Bridgers. “When we got together, we had way more songs than we expected and worked so well together, that we decided to make a full EP.”

In early June of 2018, they practiced and wrote for a day before holing up in Los Angeles’ storied Sound City studios. Each brought one finished song and one idea to boygenius, and though all six songs were fleshed out and finalized together, each reflects the sensibilities of its initial author.

“Everyone seemed both confident enough to present ideas and fight for their individual vision, but considerate and humble enough to make decisions which ultimately served the song,” says Baker. “It was a process that required a balance of determination and forthrightness with graciousness and pliability, and I think that we all did a good job of enacting that.”