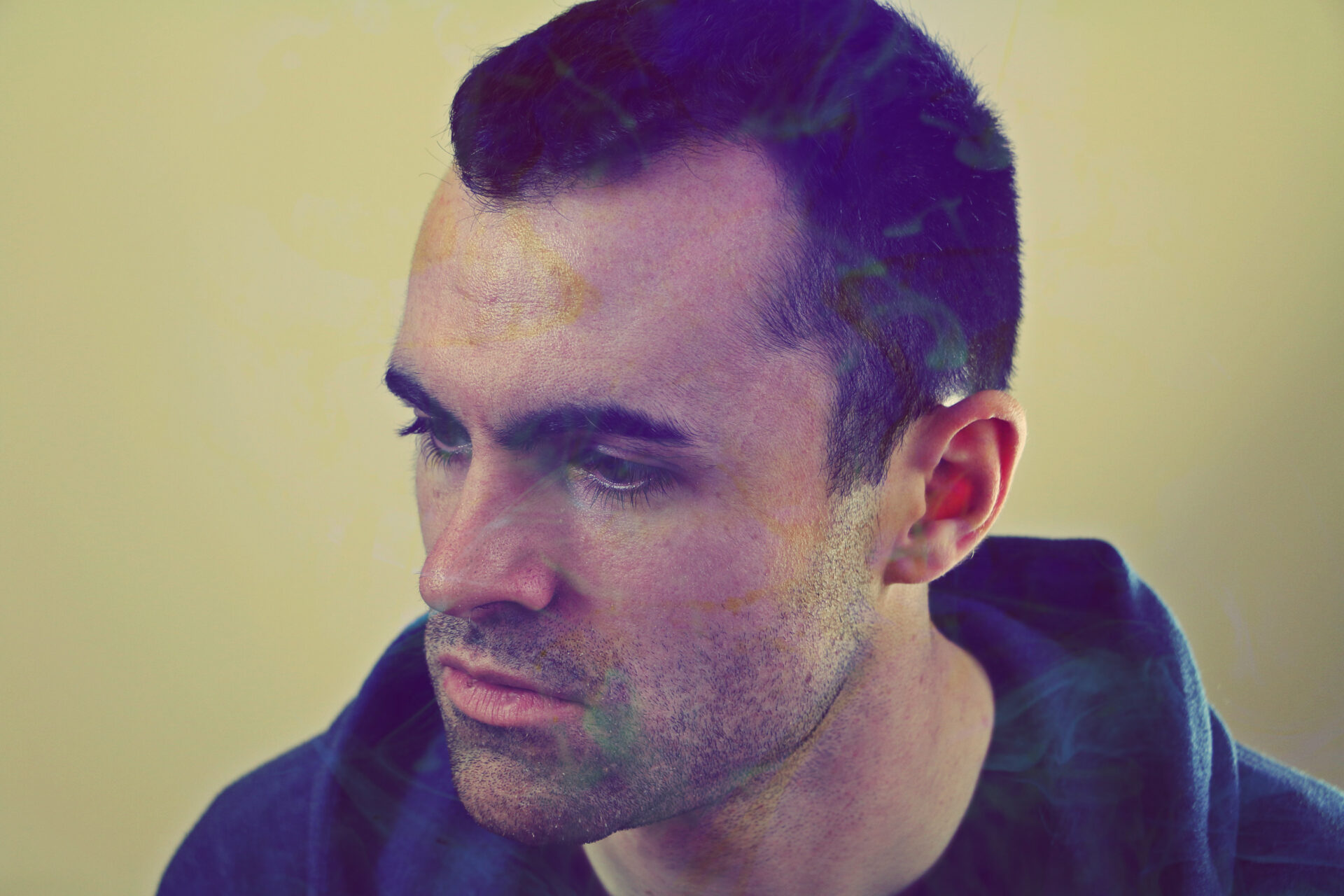 Today we premiere the new video from producer Knightstown, aka Michael Aston.

‘Keep’ is directed by Helen Plumb with use of a blank pastel background and with Aston as the main subject obscured by camera trickery and splashes of colour, this artistic short film is a serene Autumnal feast and reveals layers of personality. It’s soundtracked by a subtle yet futuristic song that pulses with synth textures and a precise marriage of strings and programmed beats that sound like they are from a concert three streets away and Aston’s wispish falsetto refrains that embody the essence of trying to hold onto a good feeling. They add an emotional resonance, accomplishing that difficult task of making the synthetic technology, beat with a human heart.

Knightstown just released his self-titled LP on Fat Cat records. It’s the culmination of three years’ work for the Brighton based producer. Having previously released two singles and an EP, the forthcoming album will be his most ambitious and complete work to date. As Knightstown, AKA Michael Aston explains “This album is the fruit of a creative burst of melodic and lyrical activity which began in 2015 when I first stepped out of my comfort zone as a classical composer and plunged headfirst into writing electronic songs.”

Working closely with his cousin and producer, Thomas Aston, Knightstown honed the project gradually and meticulously. The self-titled record ‘Knightstown’ is inﬂuenced by left-ﬁeld downtempo and electronic contemporaries, but still inhabits the world of ‘pop’ in its broadest sense. Aston’s classical education also impacts his style –  Bach in particular plays a major role – “His music I have come to love perhaps most of all, even more than my favourite pop/electronic headbangers” says Aston.

Catcher is a playful earworm of a song showcasing Aston’s love of pop. Border, a hugely brooding and hypnotic song, details an interesting lyrical backstory “I wanted to write about the fleeting reunions of North/South Korean families – not because I could possibly empathise with such suffering and loss, but just to draw attention to the story, and hold it up as a monument to hope, which is alive even in the darkest places”, says Aston.

Knightstown inhabits a world where the melody is everything. Knightstown is finally ready to bare his soul to the world.