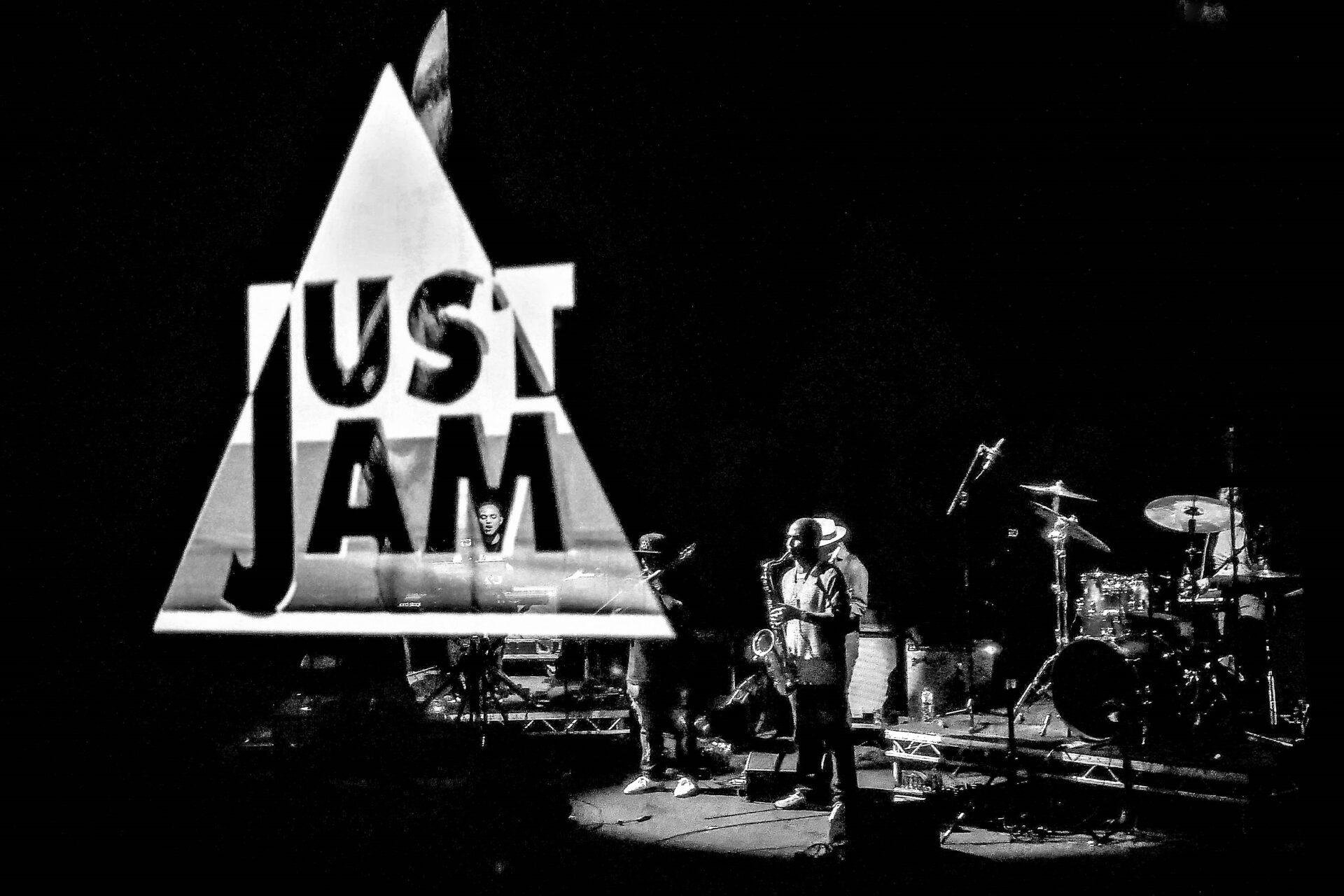 York Mediale is a brand new, biennial international media arts festival presenting 10 consecutive days of exhibitions, installations, and live performances and its inaugural event got proceedings well under way this evening in truly spectacular fashion at the city’s Theatre Royal. This venerable Grade II-listed building located in the heart of York city centre is far more accustomed to putting on dramatic theatrical productions and its much-loved annual pantomime, but this evening it is playing host to a live performance by those pioneering British jazz experimentalists Kamaal Williams and Moses Boyd who are performing inside a fully immersive, kaleidoscopic experience courtesy of arch audio-visual creators Just Jam.

First on stage is the south London drummer, composer and bandleader Moses Boyd. Together with his collective of fellow musicians, Exodus – who include amongst their number celebrated saxophonist Binker Golding and virtuoso guitarist Artie Zaitz – he plays a beautifully understated set that maintains a careful balance between accessibility and improvisation, confirming his place in the new vanguard of British jazz music as he does so.

But what transports this sensory experience into another dimension altogether – as it also does later with Kamaal Williams who follows Boyd onto the Theatre Royal stage after the interval – is how the music arrives submerged in the avalanche of Just Jam’s visual aesthetics. It is an ocular stream-of-consciousness, one that crosses sensory continents from the ambience of Norway’s Northern Lights to a yellow blur of New York cabs approaching Rockefeller Plaza.

This lysergic cavalcade of moving images is projected onto a translucent screen at the front of the stage with the musicians appearing almost as a mirage just behind it. The effect is mesmerising, assuming almost hallucinogenic qualities as sound and vision conjoin. 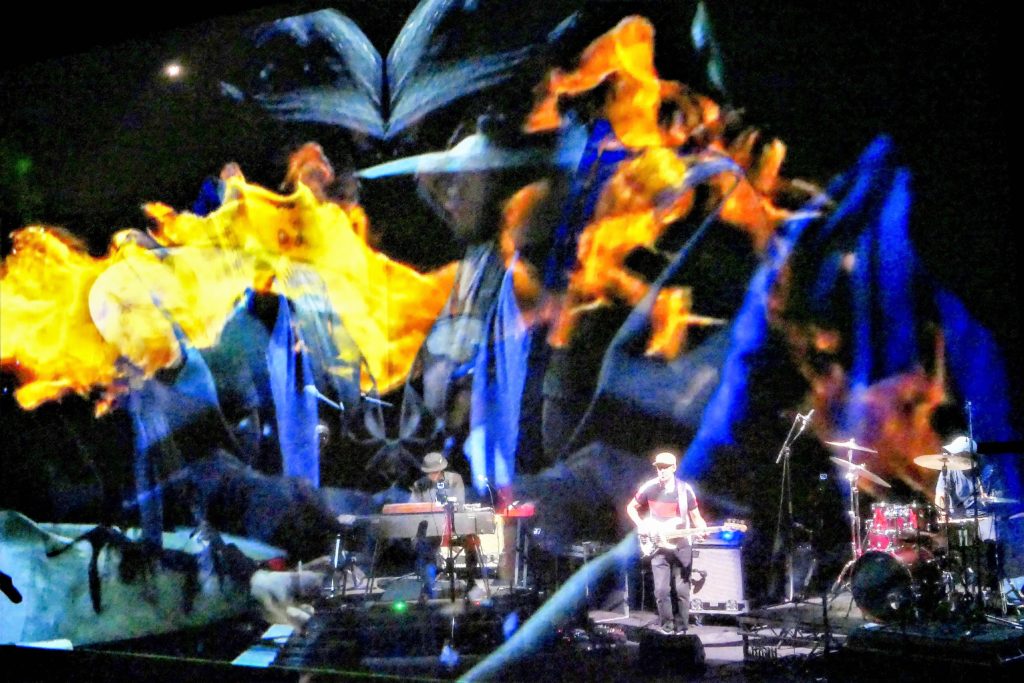 Fellow south Londoner and keyboard player Kamaal Williams is another man who can rightly lay claim to a place in what is now the innovative sound of the new British jazz movement. Playing here as part of a trio, with bass and drums, Williams soon has everyone on their feet with his stabbing, funky, jazz-percolated grooves.

Reworking material from his latest album The Return – but also finding time to play earlier cut ‘Strings of Light’, a song he “had always wanted to play in a venue like this” – Williams can come on strong like some cosmic Brian Augur just as easily as he can rub shoulders with more modern greats like Kamasi Washington. Closing song ‘Salaam’ is the undoubted musical highlight of the entire evening as it locks into some blissed-out relentless groove, complemented by a surreal visual accompaniment of collapsing derricks, bridges and buildings that somehow seamlessly haemorrhage into a jet-propelled supermarket sweep.

It all makes for the most spectacular of starts to what promises to be a really great media arts festival packed full of creativity and genuine excitement.

York Mediale continues with its city-wide programme of events until the 6th of October. For full details of what else is on please go HERE.

Some more photos from this show can be found HERE