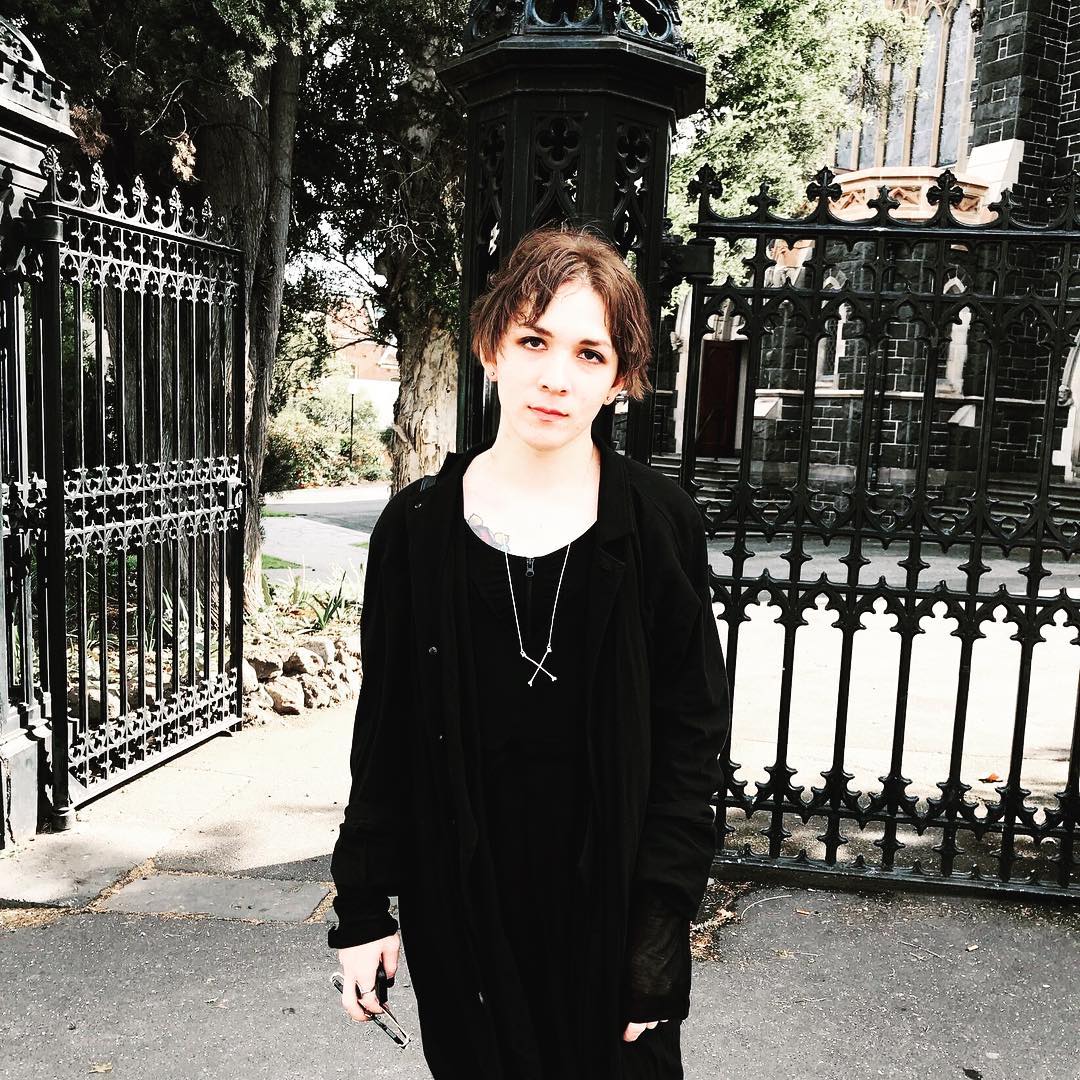 One of the most enriching, forward-thinking, fastest-growing online creative communities flourishing right now is the Poetry community, especially in those scenes that center on marginalized voices — Women, POC, Neurodivergent, and LGBTQ. Poetry Spotlight is a feature aiming to showcase the work of some of the most talented creators we’ve discovered making waves on the Internet literary circles, inside or outside the mainstream. This new installment focuses on the work of Australian writer Heather Joan Day.

Heather is a good girl/gay goth/transgender queen/illiterate writer/fancy filmmaker/drum machine. She lives in Melbourne, Australia on Wurundjeri Land. Her writing can be found in Sea Foam Mag, Ibis House, Scum Mag, and Plaything Magazine. You can stream season one of the web series she co-creates, Everything’s Going To Be Fine, on Youtube for free, and listen to her band Fine Hearts on Soundcloud and Spotify.

Nobody Has To Get Hurt

Love is a hostage crisis,
in which the souls involved
play all of the roles:
captive, captor,
negotiator, news reporter,
police force and protestors.

Can Stockholm Syndrome ever be
a form of radical empathy?

I will love you forever,
so please try to be tender
and kind when you gag me
and tie my hands behind my back.

If we listen carefully and try
to meet all of our demands
as best as we can,
nobody has to get hurt.

I am growing out my hair
and my tits
and I’ll leave the house
when I’m well and ready.

I hate it when people say that Trump being president
doesn’t really affect the lives of regular Americans,
that things aren’t really that different
from when Obama was president,
because I don’t know if you know this,
but during the Obama presidency
Angelica Ross, a trans woman of colour
and CEO of TransTech Social Enterprises,
was invited to the White House
to help set up a program
where trans folk could communicate
directly with the administration,
so that government policy at a federal level
could better address the needs
of trans and gender diverse people
from all over the country…

… and then Trump was elected.

… and then I will go down
on Michelle Obama
while Barry sucks on my tits
and calls me “Mommy!”

It’s not sexy, it’s animal
to fuck during the Trump presidency,
roleplaying as the Obamas,
crying on each other’s bodies…

It’s not sexy, it’s animal
to fuck outside in the summer,
by the creek, sensually
scratching our mosquito bites…

It’s not sexy, it’s animal
to fuck in the back seat of my Corolla,
with the radio on,
and again when the car doesn’t start,
while we wait for roadside assistance…

It’s not sexy, it’s animal
to fuck fast… and furious…
I’ll be The Rock,
if you be my Vin Diesel…

… at your mum’s house