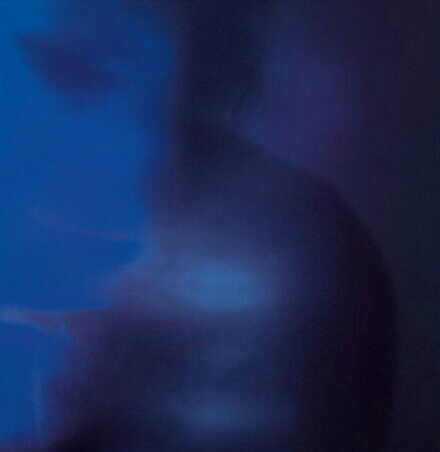 Brooklyn’s Vaureen have been on the New York scene since 2011, and Extraterra is their debut album, following an acclaimed E.P. and a series of impressive US live performances.

Like fellow three-piece bands Nirvana and Dinosaur Jr, Vaureen have harnessed a real focussed, uncluttered power into their music, and there are probably more elements of the former than the latter in their sound, albeit the darker, rawer side of Kurt’s gang. However, that is only a small part of the story, as Vaureen have happened upon their own aesthetic, which is immediately apparent from opener ’60 Shades Of Cray’ onwards, a relatively relaxed guitar and voice beginning morphing into something much more dense and primal as the song progresses.

‘Stare Into The Sun’, meanwhile, is one of the most commercial offerings here (relatively speaking) and is what you might imagine a supergroup formed from members of  10,000 Maniacs and Throwing Muses (perhaps Red Heaven era) might sound like. There’s also echoes of criminally underrated early 1990s band The Belltower in there somewhere, which can only ever be a good thing.

Vocalist Andrea Horne has an appealingly mournful, yet powerful, voice which is equally at home on the likes of the desolate ‘Mercury Flood’ and the snappy, upbeat (again relatively) ‘Run To The Forest’. If Vaureen invented a time machine and were played at a 1991 indie disco, this would be the song that was picked. Extraterra as a whole, though, is not so easy to pigeonhole like that – ‘Dig A Hole’ starts with just vocals and recalls early Marika Hackman (also definitely a good thing), before a sparse fuzz guitar riff is joined by some very Steve Albini drums – there’s more than a nod to Albini in the production, which in fact comes courtesy of long time friend Aaron Bastinelli. It’s all about the way they have both intense noise and yet also a lot of space in the recordings – it really suits Vaureen’s music.

‘Apocalypse’ is another high point, a spirited track which includes a shouty stream of consciousness part in the middle section which brings to mind Lee Ranaldo‘s wonderful Cribs cameo, ‘Be Safe’. By the time the album closes with its epic, seven minute title track, it’s been an exhausting but ultimately rewarding experience. It’s pretty easy to imagine a lot of people falling for this record, if only they get chance to hear it. If you enjoy the less chart-friendly side of The Breeders, you could do worse than hunt down Extraterra. It’s quite an experience.

Extraterra is released by Rising Pulse Records on 26th October 2018.