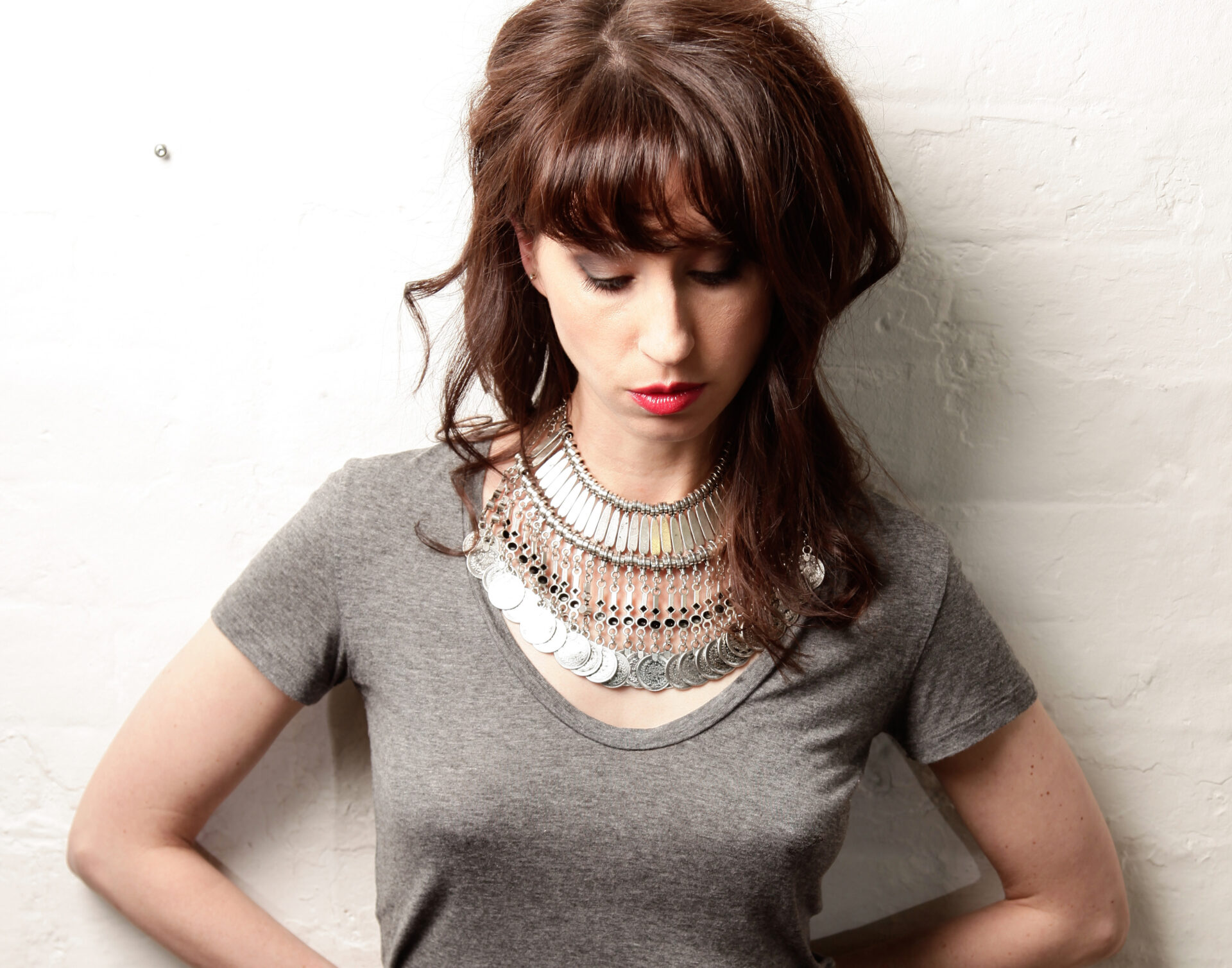 The stunning songcraft of Hazel Iris is unleashed upon the world this Friday 26th October, in the shape of her debut album, Nine Sisters. God Is In The TV is proud to present an exclusive preview stream of the album ahead of its official unveiling, as well as a track by track guide from Hazel herself.

Nine Sisters is inspired by combining the craft of Art Songs with the wild beauty of California landscapes. Composed in London and recorded in Los Angeles, Hazel Iris collaborated with Grammy Award-winning engineer and producer Tom Biller and Emmy Award-winning arranger Ali Helnwein. Orchestral instruments such as the harp, vibraphone and cello are woven together with modern instruments to embody nine female entities (and a volcano). By melding together traditional rhythms, instrumentation and structure, Nine Sisters fuses elements of Classical, Jazz, and Indie Folk music in order to create ten chamber pieces.

Says Iris: “Landscapes always play an essential role in my music. Although each piece appears to stand alone, they are conceived as a group of sisters bonded together by distinct geographic features throughout California. In a small valley on the Central Coast there is a chain of extinct volcanoes which run into the Pacific Ocean. They are called the Nine Sisters.

Each piece on this album represents a place that played an important role in my life. In the descriptions below I’ve left locations a bit vague (for the most part), because music is so very personal and we all have our own interpretations of what we hear.”

It is cold and grey. She stands on a pier looking down at the starfish stuck onto the pylons, just below the surface. Sea Lions doze on dinghies and small fishing boats. Piano, electric guitar, harp, drums, horns, organ reflect the gentle swells of water as her pain builds to the climax. Her thoughts begin to repeat and swirl around each other in a canon, like broken off branches of sea kelp slowly tangling themselves around her heart. And suddenly they release.

She loves to feel the wild wind blowing and to watch huge waves crashing over the tide pools, only to be pulled back out to sea and then joyously hurled over the rocks again. She makes up a little ditty where verses go round and around and around, and revels in the life cycle of all things while dancing up the path to the heart of pleasure and creation – her bed!

Perhaps the seed for Candle was planted when as a child I visited the Yuma Territorial Prison Museum (technically this is in Arizona but it’s so close to the state border that I hope we can all let it slide). It was summer and brutally hot but I was struck cold by the place, especially by the dark cell. When I first learned of Female Hysteria a few years later, visions of that prison came to mind. Very few women had been held there but it all came together with the ghosts of suppression and claims of mental illness. Loosely combining a dark place and a dark time, this is the story of a ghost and a woman, dedicated to the ones who throughout the ages found themselves in the dark cell.

“Not only is the actual word Hysteria gendered—it once referred to an exclusively female disease, a mental illness thought to be caused by a malfunctioning uterus. There is a very long history of critics using accusations or innuendo about women’s mental health or emotional stability in order to shut down their political voices.“
–Sady Doyle

I’ve always been a bit of a “moon unit” and this is my space out song. It’s the pleasure of deep afternoon reverie spinning its web as forgotten hours fade over the sound of the grinder into the surf and gulls cries. Or to put it more plainly: Hanging out at a coffee shop at the beach while thinking about my huge crush behind the counter at Noah’s Bagels…

She considers a certain fairy tale that she’s heard countless times. She would love to twist it so that certain roles were to be seen from a different point of view. She walks among the Redwoods and listens to the gurgling water of the rushing river. She thinks of the poisoned apple and smiles a double-edged smile.

Loosely based on a tango, Dancing Melancholies is about a soul who is of two minds about whether to stay among the living or not. Snow begins to fall as both voices sing in harmony but who knows which way she will choose to go when the music comes to an end?

Dwelling alone under the Sierra Nevada Sugar Pines in the Gold Rush, she answers only to herself. She has been called a prostitute, a witch, and a healer but as long as she is independent, she pays no mind and wishes no harm. At one with her place on the mountain, she sings at sunset while sweeping her porch in preparation for those who come to her for comfort.

She is the woman who tries to hide her fragility with quiet sarcasm but it is too late and the fault lines are too deep. Mallets, drums, organ, strings and electric guitar roll around her as she tries to keep steady, tries to keep from cracking to the core.

Wind chimes ring in the distance as the soft breeze sweeps salty ocean air over golden hills and vineyards. Under an ancient tree she remembers old loves and days spent hunting for crawfish in the creek. Strings, sweet jazzy drums and flute swing slowly back and forth like a lazy afternoon in a hammock.

A great volcanic plug rising out of the ocean, she is no longer what she used to be. She thinks back over the eons and remembers when she was fearsome, powerful and alive. Overwhelmed by the flood of memories of long-ago glories, she is exhausted. She is the land.