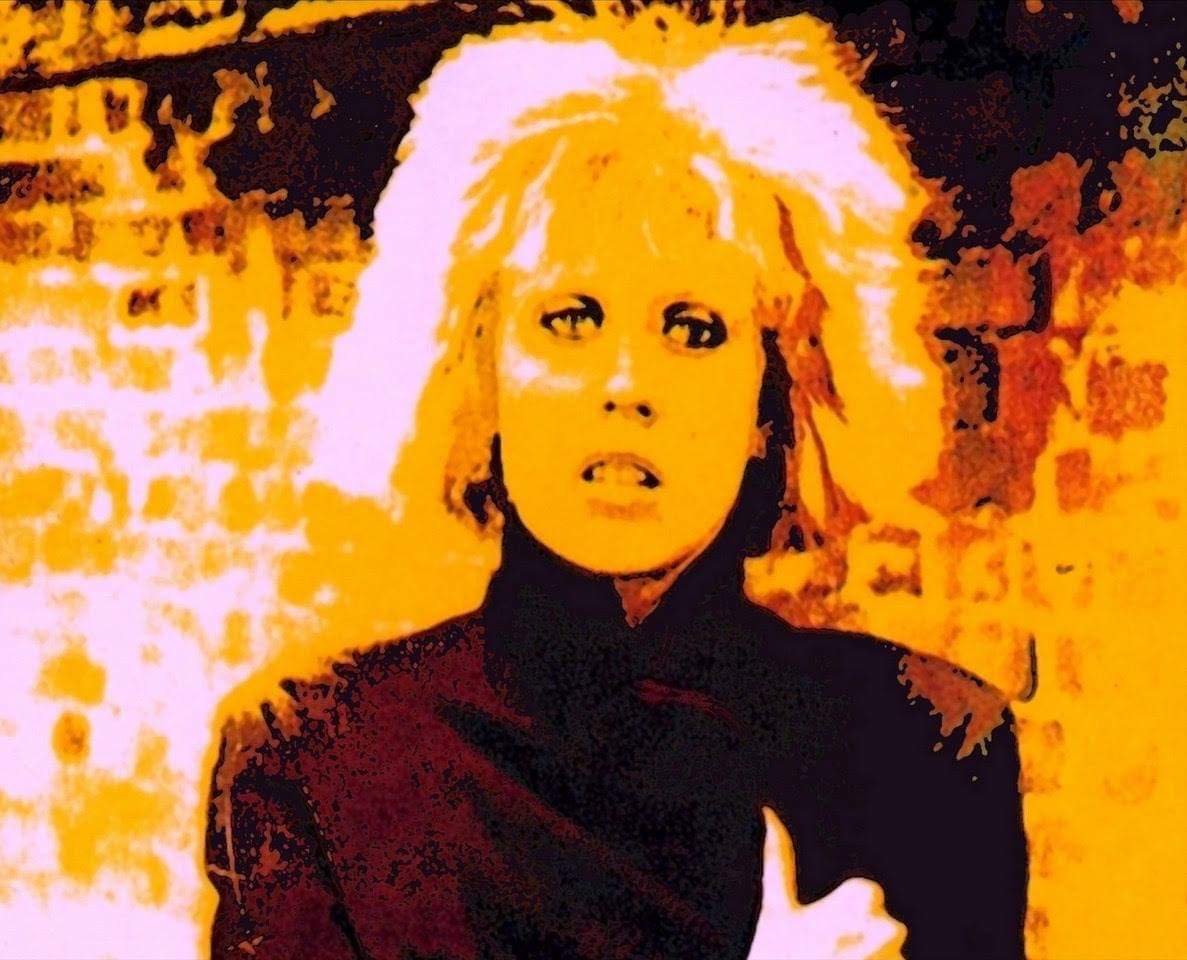 As a performance goes it was a long one, three and a half hours. That’s right up there in Ken Dodd territory. Not so much a concert as a living CV. Mind you, for an hour and twenty minutes Hazel O’Connor was merely a film image, as she starred in a digitally re-mastered, uncut Breaking Glass, the 1980 film she wrote all the double platinum selling album tracks for in 11 days having beaten, as a virtual unknown, Toyah Willcox to the lead role. As she told the audience in an amusing Q&A afterwards, she only offered four songs in the audition – she didn’t have any more – and none of them were what was to become the film’s seminal track, ‘Will you?’

O’Connor didn’t stay to watch the film and after a brief introduction went off with her band for a Chinese meal. “It makes me sad,” she said; “Where did that body go?”

If you haven’t seen the film I recommend you do if you have any more than a passing interest in the late 1970s and early 1980s; the music, the fashion, the politics, the attitudes. It concerns the rise and fall of the rebellious, anarchic Kate (O’Connor), an aspiring “beyond Punk” singer/songwriter who doesn’t like record contracts and Danny, an equally wannabe artist manager whose day job is to buy the singles of Suzy Sapphire by the shed load for a record company to falsify charts sales. A match made in hell.

After mixed successes and failures with her band (the recruitment of which is hilarious), enforced changes of “offensive” lyrics and various runs-in with the police a record deal is signed as a quid pro quo for arranging more and better gigs, with all proceeds going to the record company for two years. Danny feels sidelined, walks out on the band, several band members leave also, and Kate has to have drug injections in the backside just to go on stage. By this time she looks remarkably like Paloma Faith.

Eventually she reinvents herself for a new song (‘Eighth Day,’ the other iconic track in the film) before hallucinating on the Underground, which is where the story began, and having a nervous breakdown, to be comforted in hospital by a revitalised Danny, who has made it big and become one of the rock management establishment himself.

While it was made almost 40 years ago in many ways it might have been yesterday and any aspiring musician and band should take on board the many warnings it has about how the industry did, and still does work. Plus ça change…Visually, West London looks more like it did in 10 Rillington Place than I can remember when I lived there in that era, with clotheslines strung between tenement buildings and all the coppers straight out of Life on Mars.

And you can’t help but notice the 1980s actors in it. Look, there’s that timid next door neighbour of Victor Meldrew in One Foot in the Grave, and isn’t that record company executive one of the paedophile prefects who flog Malcolm McDowell’s schoolboy character Mick Travis in ‘If’? And the production team, too. The film was co-produced by Dodi Fayed, who went on to star in his own car crash of a drama 17 years later, and the music producer for both film and album was…Tony Visconti.

Perhaps the saddest thing for me is that on at least three occasions as the camera panned over West London and the Westway overpass, a sparkling Grenfell Tower, built six years earlier but yet to be adorned with highly combustible cladding, came into view. 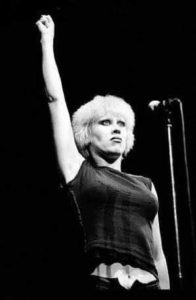 For all Hazel O’Connor’s acting ability (she won awards for her Breaking Glass performance and she retains her timing ability to this day) the music was the audience’s raison d’être. To be honest, ‘Will you’ is overplayed; I lost count of how many times although strangely it wasn’t in the final Kate/Danny scene when it would have made a perfect fit. You sense that O’Connor, Visconti, Fayed and anyone else connected with the film just knew they were on a winner with that beautiful ballad of love, loss and hope, and its glorious sax solo played by Wesley Magoogan.

The Q&A, delivered without a single swear word, was humorous, though I sense that it was at least partly staged in that the questioners were just a little too articulate and their probing just a tad too well thought out and slick for it to come off the cuff from an ordinary Joe in the audience. O’Connor revealed that her favourite artists include David Bowie, Bob Marley and, interestingly, Paloma Faith. Chrissie Hynde was the first woman to prove that a female rock start didn’t have to be beautiful. ‘Girl Power’ didn’t start with the Spice Girls, and Bananarama, rather it ended with them.

When asked why she had left a verse out of a cover of a Stranglers track she said she’d had to interview Hugh Cornwell, whom she was then dating, about the lyrics in Pentonville Prison, where he was serving eight weeks for drug possession.

When the film was being scripted, no-one knew what journey Kate would take in it, it simply evolved.

After all this, it felt like time to go home or to the bar but there was still a 90-minute set to come. The live show was a little strange and in some ways an anticlimax. Hazel’s voice has held up well with the passing of the years, she’s 63 now, it is still smooth yet rough and the pitch has barely changed.

It was played largely in the dark with vague spots picking her out, along with her band of Sarah Fisher on keys, Clare Hirst on three different saxophones and, in Josh Blackmore, the quietest drummer I’ve ever heard.

She ranged over several albums, there are 26 in all, live and studio, though none seriously charted other than ‘Breaking Glass’, together with some new songs including one penned for her dying mother in a hospice, as well as throwing in a cover of Snow Patrol’s ‘Chasing Cars’.

I say “anticlimax” mainly because with that band set-up some of the songs didn’t quite work, including, sadly, ‘Eighth Day’. It really needs synths, guitars, and a heavy beat and felt a little weak. That wasn’t the case with ‘Blackman’ however, which features heavily in the film (though there are few black men in it). That song has a heavy sax input and it worked perfectly.

Halfway through the set came the by now ubiquitous anti-Trump rant which, predictably, is a feature of at least half the shows I attend as if it were some sort of artistic rite of passage. Given Hazel O’Connor’s rebellious past and present I suppose it was only to be expected. On this occasion, it prefaced a new song, co-written with Sarah Fisher and Clare Hirst. The problem with this one is that it included a line “what are you going to do about paranoia and drugs?” Pardon me, but I thought dealing with the drug issue (including MS13) and the opioid crisis is exactly what Trump is trying to do.

I’m sorry I can’t be more specific about the set. It was so dark my notes look like hieroglyphics. But I didn’t need to make any notes for the performance of ‘Will you?’ To refer to it merely as the highlight is totally insufficient. It was flawless, and Hirst’s sax solo beyond sublime. To O’Connor’s credit, she habitually walks completely off stage during the solo and she did that here.

At the end of the evening, O’Connor and the band took several standing ovations, which clearly embarrassed her. They weren’t necessarily just for that song but if they’d turned up, played it solely and then headed straight off back to the Chinese the appreciation would have been merited.

And with that Hazel O’Connor politely said goodnight and left the auditorium.