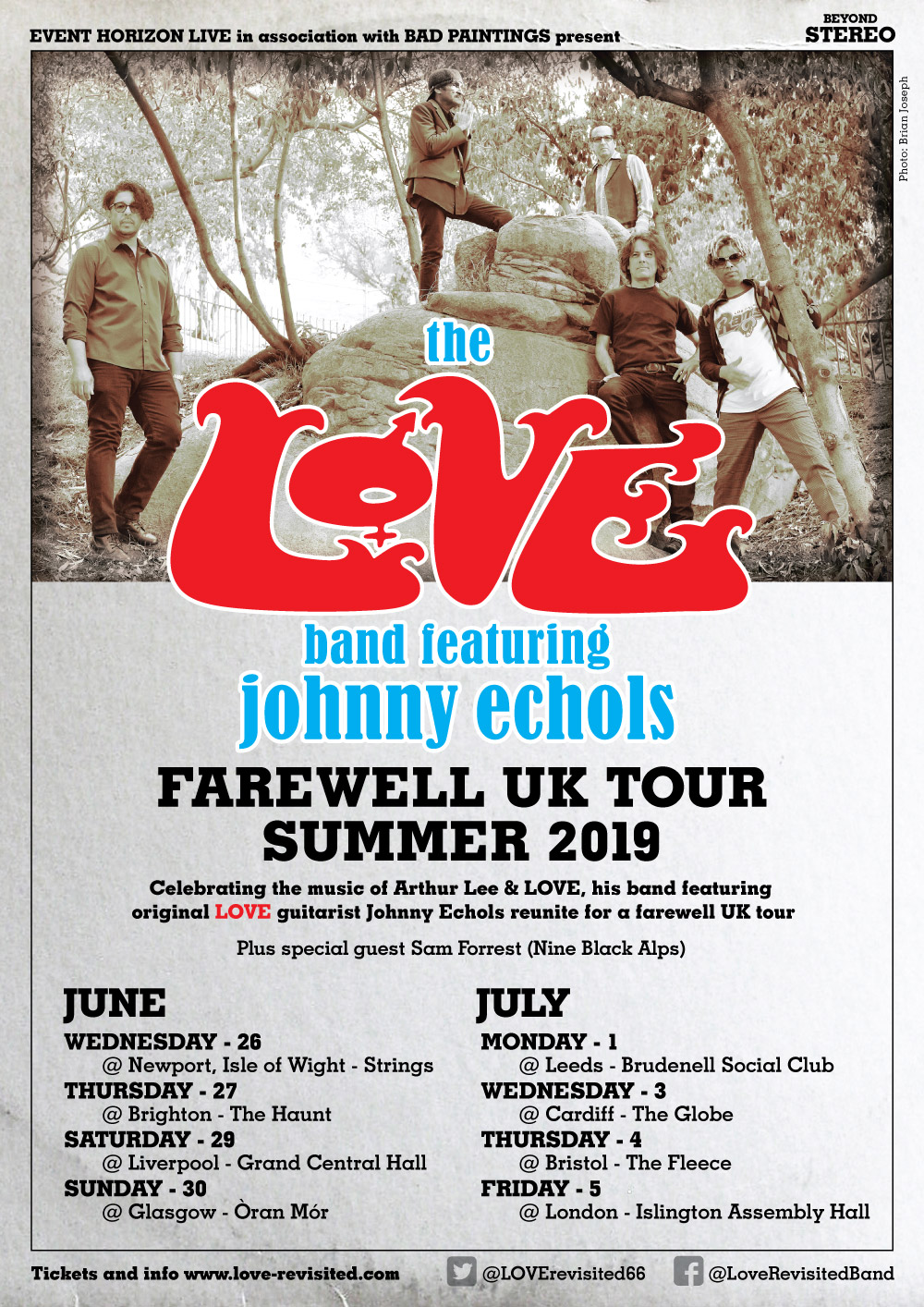 It is now more than 12 years since Arthur Lee, frontman of the legendary Los Angeles band Love, died from leukaemia at the age of 61. Yet his spirit lives on, not only through his recorded music – most notably Love’s seminal album, the 1967 masterpiece that is Forever Changes – but also by way of the band Baby Lemonade who had performed with him from 1993 until his premature passing.

The LOVE band featuring Johnny Echols will play a series of eight dates in England and Scotland in June and July 2019 when they will perform material from Love’s first three albums, their self-titled debut, Da Capo and Forever Changes. Arthur Lee’s final show was with Baby Lemonade and Johnny Echols on the 23rd of June 2005 at San Francisco’s Cafe Du Nord. This will be the UK audience’s last chance to celebrate the music of Arthur Lee and Love in the company of those musicians who played with him that night.

And tickets for the Leeds show, presented by Please Please You and Brudenell Social Club, will go on sale at 10.00am on 13th December 2019 and can be bought HERE