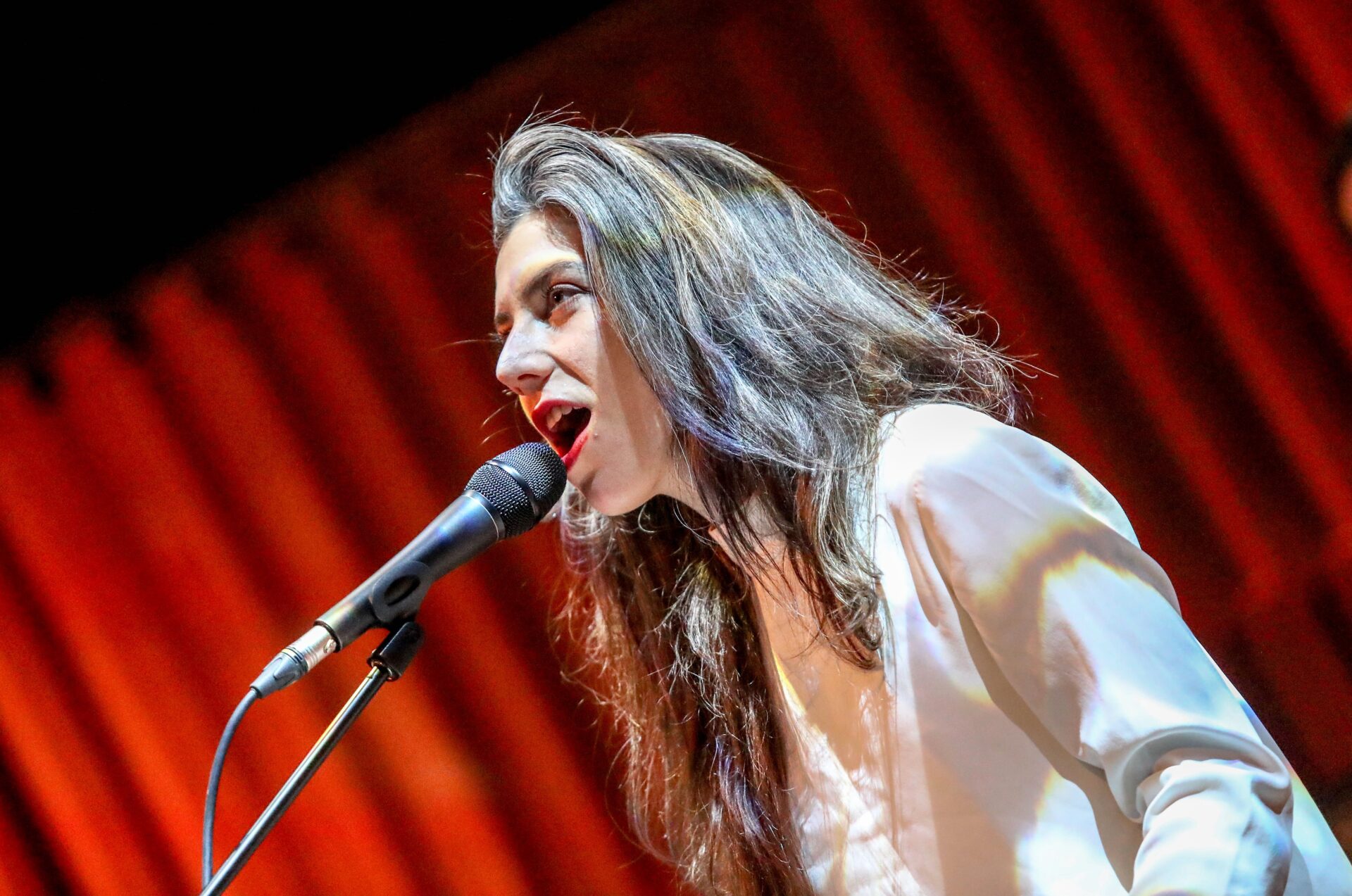 At the culmination of a £31 million refurbishment of Leeds Grand Theatre in January 2009 the Howard Assembly Room re-opened its doors. This stunning gothic barrel-vaulted chamber adjoins the venue’s main theatre and from the very beginning the venue set out to extend the boundaries of cultural experience by bringing bolder and more outward-looking musicians, artistic programmes and events to the people of West Yorkshire and beyond.

As the Howard Assembly Room fast approaches its 10th anniversary it has presented many such events along the way: a screening of the silent movie Pandora’s Box accompanied live by the post-classical composer Jóhann Jóhannsson and his fellow Icelander and cellist Hildur Gudnadóttir back in 2012 still lingers long in the memory.  A groundbreaking performance by the German pianist and experimental composer Haushka two years later had a similarly lasting impact. There have also been innovative concerts featuring the deconstructive work of the Minneapolis jazz trio The Bad Plus, as well as from another highly exploratory trio in the form of Douglas – Ribot – Ibarra. And then more recently an algorithmic approach to live music was taken by the Sheffield experimentalists 65daysofstatic. Each and every one of these events were characterised by their originality and often radical exploration of sound.

But I would doubt very much if any of these performances will have come close to that of Julia Holter’s tonight in terms of the widescreen scope of her incredible musical vision. Embracing elements of early music, classicism, baroque, jazz, ambience, and the avant-grade, Holter takes us on an odyssey that is consistently fearless, frequently challenging, but is ultimately never anything less than being hugely rewarding. 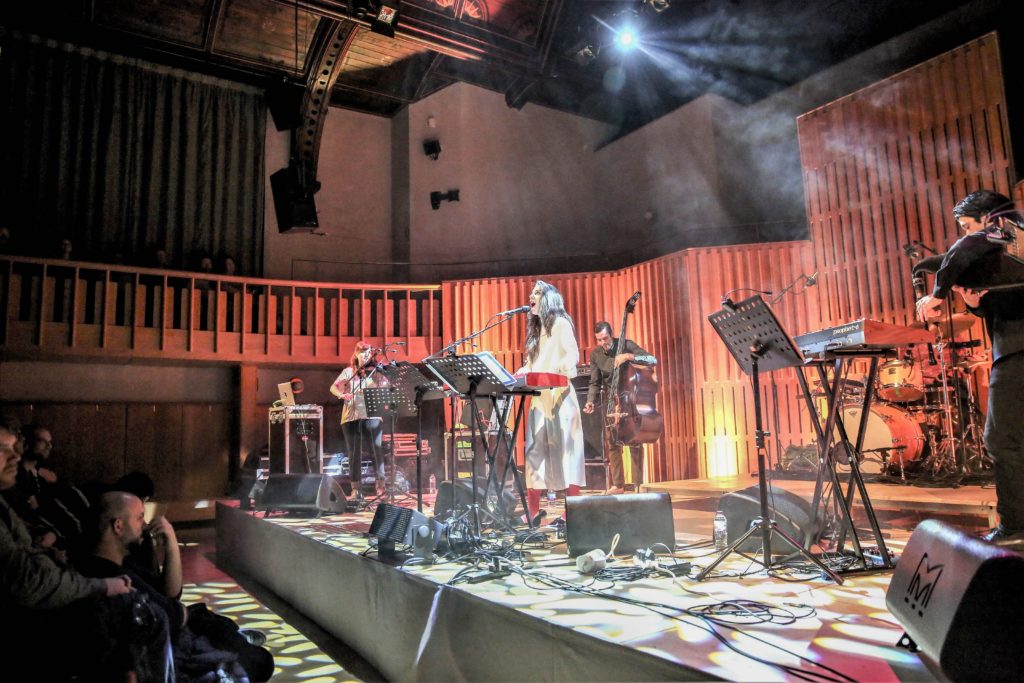 A week shy of her 34th birthday, Julia Holter is here in Leeds on what is the penultimate date of her tour of Europe and the UK, a tour designed to showcase material from Aviary, her fifth studio album which was released in late October to pretty much universal critical acclaim. The Los Angeles-based musician is joined on stage by Corey Fogel (percussion), Andrew Jones (upright bass), Dina Maccabee (violin, viola and vocals), Sarah Belle Reid (trumpet and flugelhorn) and Tasha Wanda (synth and bagpipes) – the bulk of whom played on Aviary – and together they create an incredibly innovative blanket of sound.

Whilst Aviary differs greatly in both texture and style from this record, a suitable reference point might be that of Captain Beefheart and his Magic Band’s 1969 masterpiece Trout Mask Replica. Both deal in the currency of deconstructed sound. They each have moments of deep impenetrability whilst routinely offering flashes of breathtaking brilliance. And whilst each record is separated by almost 50 years of history, they are both rightly positioned as individual flag bearers in the pantheon of avant-pop (though Beefheart’s contribution may be more accurately described as avant-rock).

Julia Holter bookends this set with two songs from Aviary, ‘I Shall Love 1’ and ‘I Shall Love 2’ and love is a thread that weaves its way through the fabric of this entire performance. It is a fierce, defiant love that Holter holds up as a mirror to much of the chaos and ruination that surrounds her in the world today. And it is this stark dichotomy that informs much of Holter’s current sound. It is dissonant. It is extreme. It is divisive. Yet through this polarity there does shine a strange beauty. The sleigh bells on ‘Underneath The Moon’ amplify the song’s iridescence. The grandiloquence of the ensuing ‘I Would Rather See’ complements perfectly our most immediate surroundings tonight. And ‘Words I Heard’ is euphoric.

This is not Mantovani. It is not easy listening. It is Julia Holter. And we should be grateful to her and the Howard Assembly Room for affording us an opportunity to experience this powerful, transcendental music here tonight.