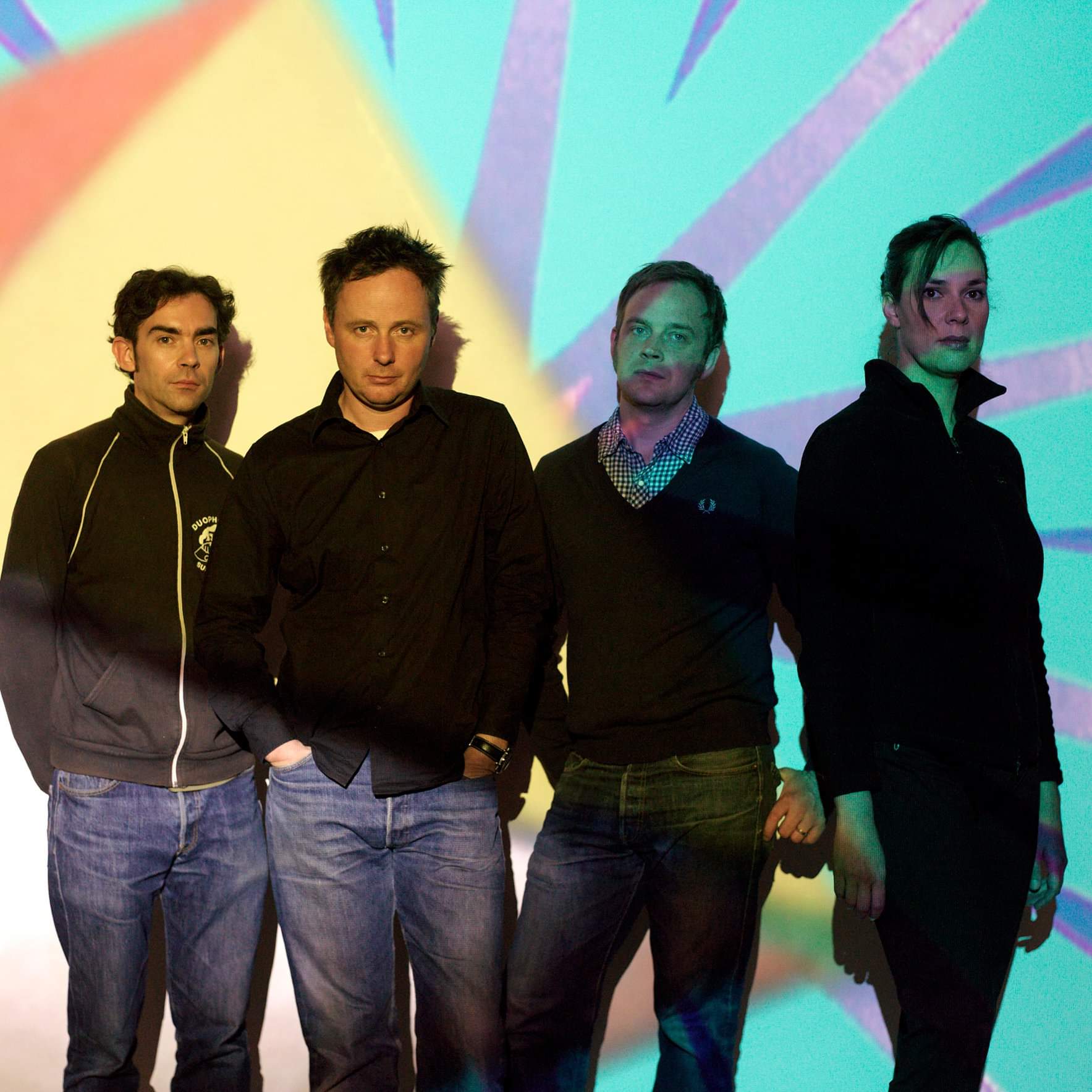 How’s that for an epitaph for the early nineteen nineties? Or even for whatever we decide to call our current decade, should our civilisation succeed in blundering to the end of it. Taken from Stereolab’s early dance floor banger ‘The Seeming and the Meaning’ which dominates the newly reissued debut album Peng! it could stand as a convenient summary of who they were and why they are so loved and why I personally am so excited by the news that they’re booking live shows together again.

Formed by Tim Gane and Laetitia Sadier from the ashes of Gane’s hard left post-punk band McCarthy, Stereolab were always acutely aware of the tension between surface and substance in their music and in the music of everyone around them. As pop lost its modernist credentials artists started looking backwards. Indie became a tag that we used to describe a genre, and an extremely conservative genre at that, rather than an ethos for seizing control of one’s art. Stereolab were as firmly focussed on the past as anyone else, there seems to be no other way around the impasse, but they did it with an intelligence and directness you rarely saw in their contemporaries.

Then as now, the first thing that strikes me listening to Peng! and The Groop Played “Space Age Batchelor Pad Music” is how warm those albums both sound. It remains startling to hear something built around electronic music work like that. There’s an openness to it, the way the fuzzy guitar drone and dry vocal harmonies ride the metronomic pulse of synth and drums. They produced and recorded most of their work themselves, released it through their own Duophonic label, and treated making music like a job. More than any other band of the era they were fascinated with exploring the potential of vintage analogue instruments and sounds.

I’d only recently discovered the Velvet Underground and uncovered the basic tenets of Krautrock, and Stereolab, in pre-internet days served as a primer for so much music that I had yet to discover and was to go on to love, from Can to Astrud Gilberto. They moved from John Cage to sci-fi to Bossanova to agitprop disco but their sound was always instantly and identifiably their own. They sang in French as well as English, and their lyrics, when they were decipherable, seemed engaged with thinkers I was encountering at University. I’ll forever associate them with Marxist cultural theorists like Frederic Jameson or the renegade surrealist Georges Bataille. Against the maudlin landscape of Britpop with all of its beery, new-laddish flag waving, they made me feel that somebody else got it. Somedays it felt like it was literally just them, me and The Fall.

While the group was able to survive the vicissitudes of Sadier and Gane’s romantic relationship, the sudden death of bandmate Mary Hansen in a road accident proved harder to contend with. Sadier has spoken movingly of how difficult it has been to continue without the counterpoint provided Hansen’s vocal harmonies, even in her work post-Stereolab. The band has been on hiatus since 2009, with Laetitia Sadier releasing a string of solo albums and Tim Gane pursuing his own intensely analogue psychedelic path with Cavern of Anti-Matter. Both had long since disavowed any intention to get the band back together, and that seemed fitting. The idea of Stereolab revisiting past glories just felt wrong. At least until last week – it now feels incredibly exciting. They were always prolific and had a reputation for recording every day, and it’s hard not to be hopeful that they’ll be back in the studio on some space-age bachelor pad jam pretty soon.

Not only that, but Stereolab seem so much of 2018. Songs like ‘Crest’ with its pointed chorus of “if there’s been a way to build / there will be a way to destroy it”, or ‘Ping-Pong’, simultaneously an indie dance-floor filler and lecture on how the cyclical nature of Capitalism leads to its inescapable decline could have been written for us right now. There’s never been a better time to absorb their perspective, part science experiment, part philosophy seminar, part disco. Bands get back together, and usually, it’s not worth caring. This time it just might be.