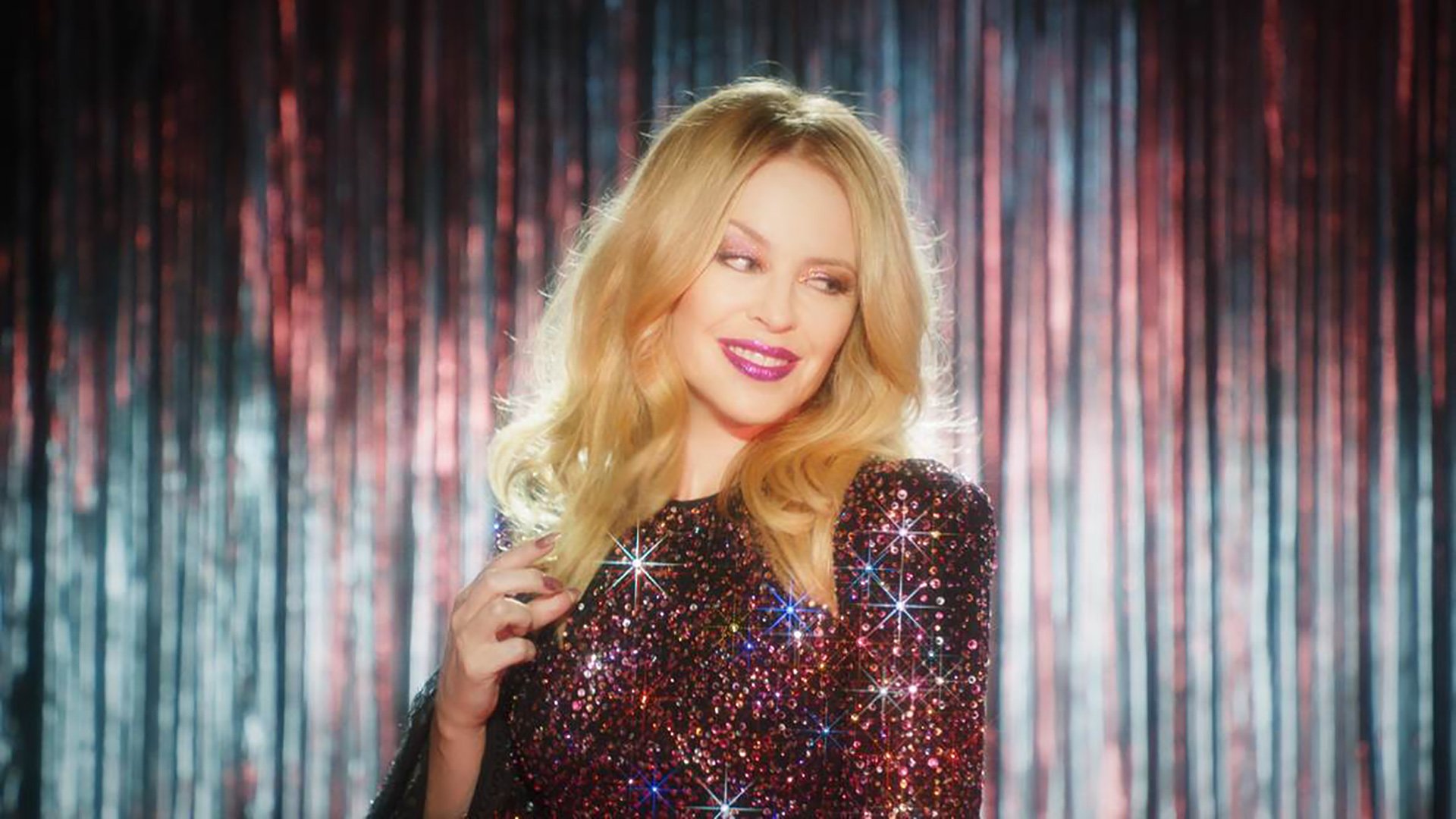 Kylie has been announced for the Sunday afternoon legends slot at Glastonbury. It makes perfect sense, really: Glasto has long stopped being the celebration for serious music fans, existing more in the realm of minibreak destination and summertime getaway. It’s the biggest festival in the country, so why not get one of the biggest popstars we’ve ever had? Current indie heroes Arctic Monkeys are probably niche for the BBC Red Button highlights, and we’ve all finally got bored by the will-they-won’t-they shenanigans of the Gallaghers and Madonna, then the nation’s adopted sweetheart surely deserves a go. Plus, she’s actually got better songs than a lot of acts…

I Should Be So Lucky

Before there was Kylie, there was Charlene. One half of the ultimate Neighbours supercouple with stage-botherer Jason Donovan, Charlene was a mix of relatable and aspirational, a tomboy mechanic who happened to be stunningly gorgeous with an equally attractive love interest (my name is also Scott, and I was born in 1988 when ‘Especially For You’ was atop the charts; my parents insist this is all purely coincidental). At this point, Kylie’s unrehearsed voice and a rote Stock Aitken & Waterman production could have been merely a means to an end: they had the music and she had the pop appeal, and together they could have had a hit with anything. So it’s a joy to hear Kylie walk the tightrope between hope, fantasy and the reality of romantic delusion with such casual effortlessness and a chorus that can never be resisted. For the 20 million viewers who watched that iconic wedding three decades ago, Kylie and Charlene will always be intertwined, and her girl-next-door charm can never be understated.

Hand On Your Heart

‘Hand On Your Heart’ is straight out of a soap script – it’s a snapshot from a story of two people at a crossroads in their relationship, one trying to figure out if the other is legitimate in their professed feelings. Charlene, again. But where it flirts with melodrama, whether in Kylie’s intense delivery of “look me in the eyes” or the too-fast stumbling chorus, there’s still a realness in Kylie’s plain, unshowy voice. A better singer would phrase more carefully, hit stronger notes, give a performance: Kylie’s matter-of-fact vocal lends it a heartbreaking sincerity that belies the frothy camp of another SAW production.

Fast-forward a few years (and a couple of competent, if slightly dated, dance-pop albums) to Kylie’s first reinvention. Stifled by the constraints of her career with SAW and savvy enough to recognise the necessity of reinvention as the key to pop longevity, ‘Confide In Me’ was a clear statement of intent: the new Kylie was sophisticated, sultry and serious. While it didn’t quite last, ‘Confide In Me’ is a thrilling pop song, a mix of smoky chill-out beats, growling strings and Eastern sounds, all held together by Kylie’s ice-cold delivery. A mix of arch knowing and coy seduction, ‘Confide In Me’ wrote the rules that figures like Alison Goldfrapp and Roisin Murphy still play by today, and it represents the moment that Kylie evolved from puppet to stringmaster.

blah blah blah Indie Kylie blah blah blah Nick Cave blah blah the period she became cool again blah blah blah. This is the point where her credibility was at its highest because someone in the studio plugged in a guitar and she borrowed liberally from Garbage’s sonic aesthetic. But even in her most ‘rock’ period, there were still soaring choruses like this, a melody so instinctive it’s almost too obvious. The video for ‘Did It Again’, which shows Kylie in four seperate moulds of her public persona, is a great visual demonstration of how Kylie brought her acting background to her a pop career: this song is total indie cosplay, but fully inhabited, her snarls the sound of an emerging icon having the time of her life discovering a sense of identity.

Of course, Kylie’s indie period was a commercial disaster: the rock-driven Impossible Princess album barely survived a month in the UK Albums Chart, the British public uncomfortable at the pop princess sudddenly morphing into a less sensational Courtney Love-style aggressor. Light Years was a return to the realm of chart-friendly dance pop, with lead single Spinning Around harking back to the peak of disco. It’s a good single, but a pair of gold shorts tricked everyone into thinking it was a great single. ‘On A Night Like This’ is far better. Its thumping production and flamenco flourishes call back to her commercial peak with SAW, but the lessons she’s learned from her wilderness period are in full effect – those breathless spoken words on the edge of ecstacy, meshing with the urgent lust of those long vowels launching the ‘nooooow’ of the verse. ‘On A Night Like This’ flirts with salaciousness, but thanks partly to the lingering spectre of Charlene, Kylie never falls into the common pop traps and tropes of desperation.

So, she came back and conquered pop: what next? The only logical step was to do it again, but do it bigger and better, to become even more pop. ‘Can’t Get You Out Of My Head’ was a huge hit, the one most likely to receive the rapturous cheers at Glasto, but its two-note Kraftwerkian thump is slight compared to the giddy bliss of Love At First Sight. It’s probably the best vocal performance Kylie ever recorded, her ad-libs a mix of wordless coos and purrs as she loses the language to convey the joy of love. ‘Love At First Sight’ owes a lot to crossover club tracks like ‘Music Sounds Better With You’ and ‘Groovejet’ but where they were designed with the nightclub in mind, this is pop purism at its most giddy. This is also the point where Kylie’s self-mythologising as disco queen comes into play – “when I heard you for the first time I knew we were meant to be as one” could easily be about a love of music as much as a romantic interest, with Kylie placing herself in the canon of dancefloor divas and her spot never feeling unearned.

The weirdest of Kylie’s hit singles and allegedly her own personal favourite, ‘Slow’ feels almost too strange to have been a number one single. A sterile, bleepy electro chugger that doesn’t seem to be quite at the right tempo, ‘Slow’ feels both breathy and breathless, its spiralling synths undulating into an apex of gargantuan proportion, anchored by a strident and commanding vocal. it’s another example of music-as-love territory in Kylie’s discography, only here it’s the sexual component – ‘skip a beat and move with my body’ is an imploration to make a glitch in the groove of sensuality, putting the pounding heart into the drum machine. ‘Slow’ is an incredible song to dance to – there’s an intensity to it that sucks all the air from its surroundings, leaving any dancefloor limber and sweaty. Charlene who?

I Believe In You

Ultimate Kylie was a contractual obligation and a victory lap to mark a period of success. The new track stuck on CD2 is usually never more than a curio for the die-hard collectors: in short, nothing ever as good as this. ‘I Believe In You’ is total earnestness – those dreamy high-notes of the chorus, the caressing whispers mixed through the outro, and those gentle perculating synths all make it a comforting balm, an audio retreat into thankful sincerity. It functions on two levels: as a straightforward love song, but also a thank-you to the fans who’ve stuck by her for two decades by this point, rewarding them with an Italo-disco pastiche that’s both radio-friendly and camp enough to cement her status as a gay icon.

Cheap 80s production naturally fits Kylie. She started her career with SAW, and so it was inevitable she would end up working with Calvin Harris in his revivalist phase. It’s a testament to Kylie’s skill and presence that she can take a production of four basic chords, scuzzy bass and cheap shonky drums, and elevate it into a place of elegant delerium. A lot of the tricks are familiar – the soaring wordless bridge, the deadpan spoken-word parts, the conflation between club groove and love – but Kylie sells it anew, her glee barely disguised as she glides into a state of joyful abandon.

Get Outta My Way

In a way, Kylie is an adopted national sweetheart. Neighbours was bigger in the UK than it was in Australia at its peak, and she’s never had as much pop success or tabloid interest as she has on these shores. She’s a gay icon, her battles for identity mirroring the struggles of adolescent coming-out personal politics. Men want to be with her, women want to be her, and her victory against breast cancer was met with universal relief. Being a national sweetheart allows a certain freedom – quite simply, she can get away with so much by simply being Kylie. Get Outta My Way is another example of Kylie-by-numbers in many ways: high-energy disco pop, uplifting and empowering. But it’s also easy to overlook that at its core, it’s a borderline-cruel kiss-off to an unsatisfactory lover, Ms Minogue skipping off into the night on to pastures fresh leaving behind a rejected figure. She gets away with it, partly because it’s just a really effective pop song, but mostly because you can hear the knowing raised eyebrow in her performance – who else could you imagine being able to own the lyrics without seeming arrogant or self-involved? When your reputation is built on playful, familiar and camp, there are moves you can pull-off, and it’s this star power that makes Kylie such a pop hero.

Kylie isn’t headlining Glastonbury just for something to do. Her last album Golden was met with a mix of bewilderment and disinterest, and it’s easy to guess her career is in a rut. Her pop persona – a unique intersection of disco, camp, sexual energy and relatability – doesn’t make sense in the chart landscape of today, and her pursuit of a country-leaning direction might be brave but it’s not what we love her for. She’s a victim of her own success: we want the glam, fun, pop starlet she’s evolved into (and no doubt this is the Kylie who’ll win us back over in Summer 2019) but it’s also a golden cage of artistic growth – in other words, there’s no longer room for experiments within the Kylie brand. Golden isn’t a bad album, but it doesn’t play to her strengths, and there’s still plenty of mileage in the disco pop formulas yet. This collaboration with Giorgio Moroder ticks all the boxes again – music-as-love themes, retro leanings, unshowy vocal pyrotechnics – and yet still doesn’t feel tired or overfamiliar. Kylie, remember the words of another classic single: your disco needs you.