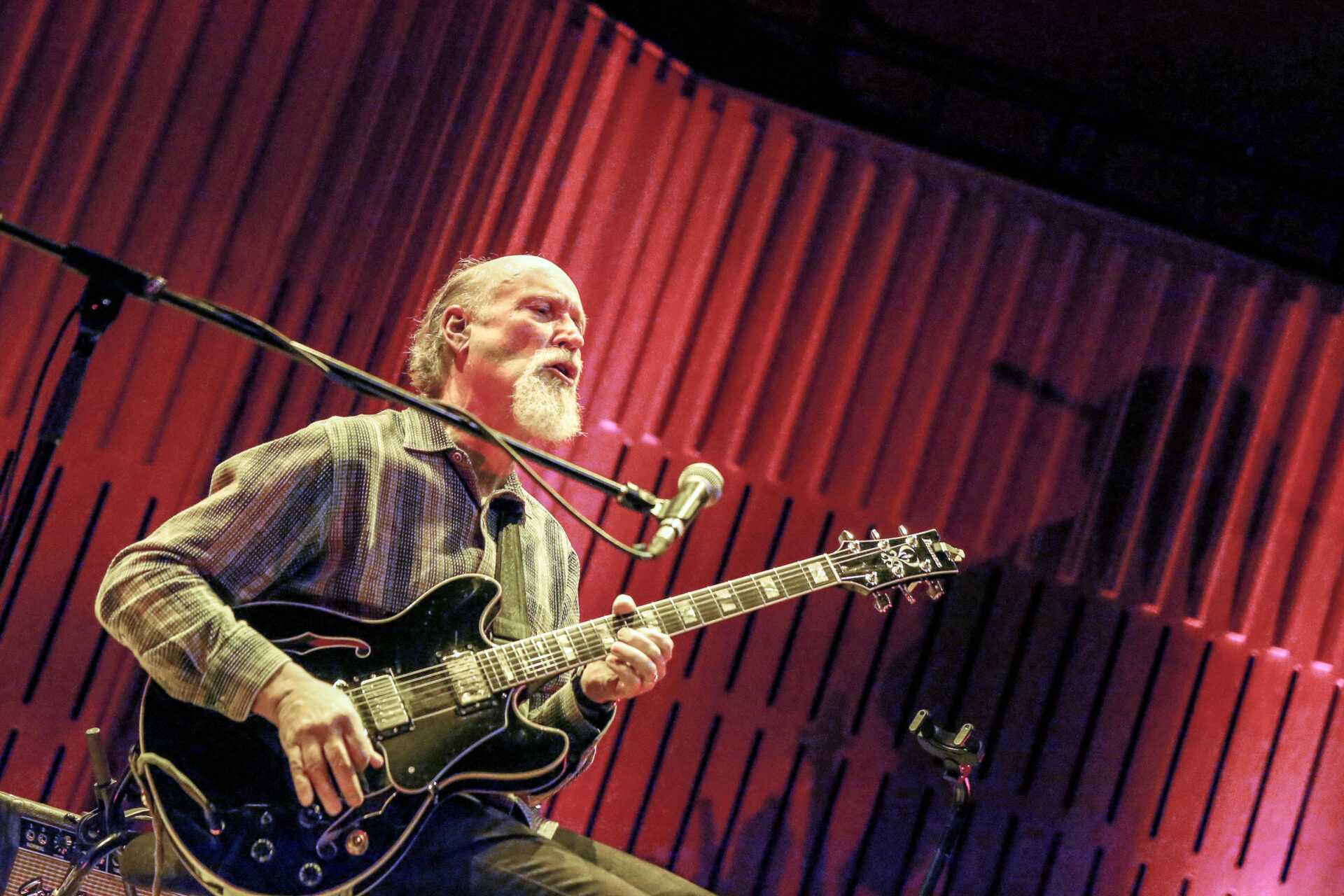 John Scofield is a man who is clearly enjoying himself. A concert originally scheduled to last for 75 minutes has already overrun by half an hour and the legendary jazz guitarist and composer is showing absolutely no sign of stopping as he tells a wonderful story involving a recording session he once had with Paul Bley during which the renowned Canadian pianist offered Scofield a hit on a Sherlock Holmes-style pipe packed to the gunwales with industrial-strength pot.

John Scofield is, after all, someone who seems to have played with just about everyone throughout the course of his long and distinguished career. He has recorded with Chet Baker and Gerry Mulligan. Then there was Charles Mingus, when Scofield contributed guitar towards Mingus’s final studio album, Three or Four Shades Of Blue in 1977 without ever once speaking to the celebrated double-bassist. And that was before he collaborated with Miles Davis and Pat Metheny, to mention but two more of the numerous jazz greats he has worked with over the years.

But tonight John Scofield is going it alone. The man who has always performed as part of a group is out on his first ever solo tour, playing unaccompanied guitar with the occasional help of a Looper pedal. And he is loving the experience. “Sure beats playing in a band,” he deadpans after a sumptuous reading of ‘Moonlight in Vermont’ during which he beautifully balances the elements of tension and release as he manoeuvres his way effortlessly across his guitar’s fretboard. You would need something far more advanced than Bert Weedon’s ‘Play In A Day’ to achieve these astonishing levels of skill and creativity.

Whilst he follows ‘Moonlight in Vermont’ with ‘It Could Happen To You’ – another old jazz standard that was popularised by Frank Sinatra in the late 1950s – as the evening progresses it becomes abundantly clear that jazz is not the only musical language in which John Scofield and his guitar are entirely fluent. He can’t half make that black Ibanez AS200 talk. It speaks in many tongues, both old and new, with a vocabulary that is often chromatic but never anything less than extensive. 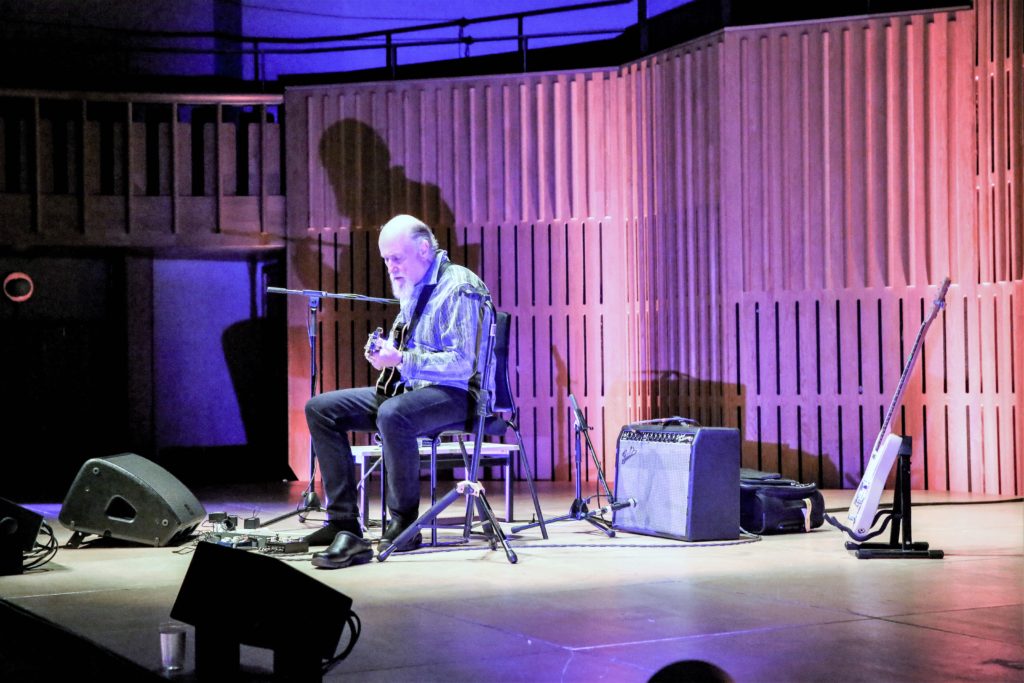 John Scofield approaches ‘The Angel of Death’ by first facing down his own mortality before taking Hank Williams’ country classic and infusing it with a highly improvised bebop sensibility. On Charlie Rich’s ‘Behind Closed Doors’ Scofield is in a far more conventional mood staying surprisingly true to the country crossover hit’s original melody yet still finding the time and space to weave both a Tennessee waltz and a snatch of ‘Danny Boy’ into the song’s fabric whilst simultaneously playing both rhythm and lead guitar.

Scofield wryly tells us that as a young teenager “before becoming a jazz snob” he had learnt just one finger-picking song, the American blues and folk musician Elizabeth Cotten’s ‘Freight Train’. He duly proceeds to play that tune with his customary fire and dexterity. And even good old fashioned rock’n’roll is not beyond this man’s musical reach as Scofield tackles ‘Not Fade Away’ head on, twisting and turning Buddy Holly’s old B-side into a blistering fusion of improvised harmony and rhythmic intensity that somehow never strays too far away from the original tune.

It is remarkable nights of music like these that will make us mourn even more the closing of the Howard Assembly Room’s doors for major redevelopment in just over a fortnight’s time. The year or so before it reopens is going to seem like a very long time indeed.

More photos from this performance are HERE