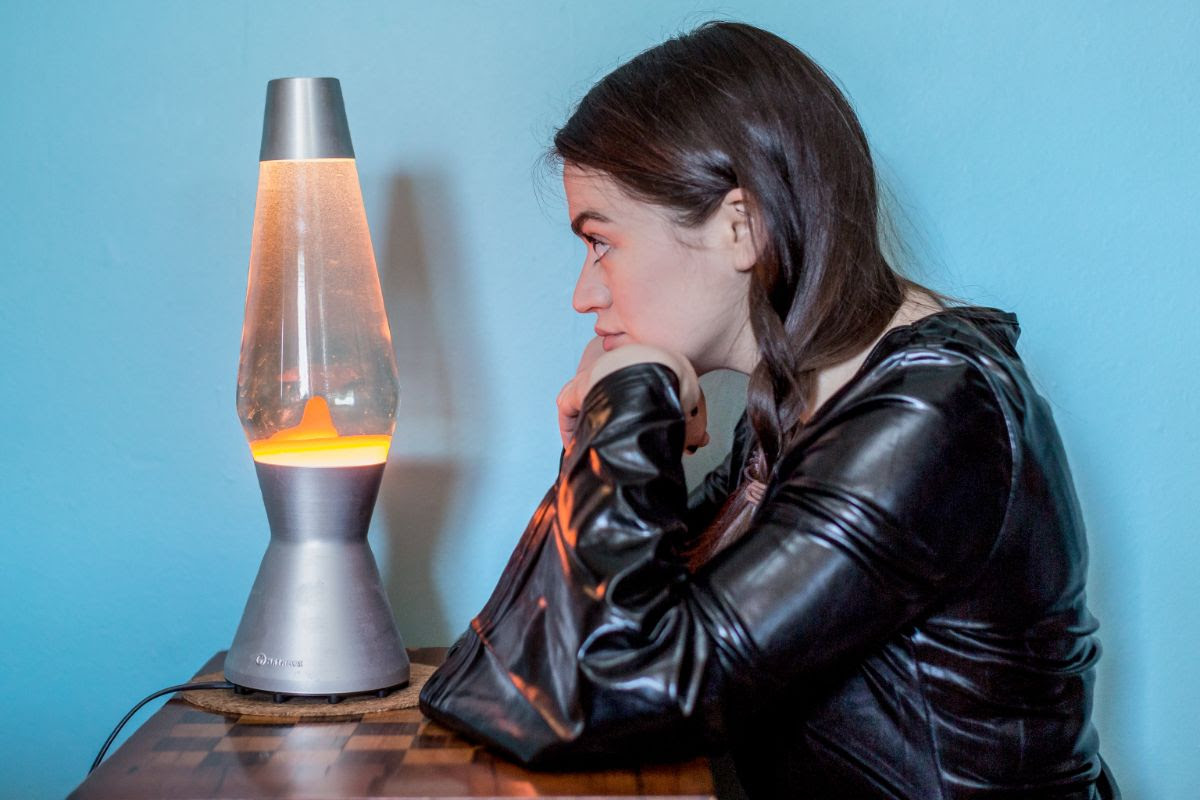 Siobhan Wilson‘s new album The Departure is a ‘poignant celebration of independence, it’s a record that finds the artist asking questions about fragility and strength, whether addressing toxic masculinity or the divinity of nature.’ It follows the critical success of the Edinburgh songwriter’s 2017 album There Are No Saints.

‘Marry You’  is the album’s first single, the first song Siobhan recorded with her new Baritone Gretsch, deployed to “cover a deeper and darker range”, with an undercurrent of bruised guitars, clipped drums it brings a fuller-band sound to her repertoire. It’s garnished by the bittersweet push and pull of her brittle yet soulful voice, at once passionate and insecure, a call for personal autonomy in an uncertain situation.

In fitting with the song’s adventurous spirit, the video for ‘Marry You’ finds Siobhan Wilson navigating her way through a dark forest with some unusual company. Watch it above.

“I hadn’t previously hung out with an owl,” she confesses, “but I do spend a lot of my time walking outdoors contemplating things, dressed in black, so this didn’t feel like much of a different setting for me.” For an artist who primarily creates her work indoors, Siobhan says she knew instinctively that the video for ‘Marry You’ should be outdoors. “The dark tone of the song fitted well with the colour of the trees in that spot, but the spots we filmed in also capture the dark and mysterious tones of Scotland and its nature, which I am very attached to. I felt quite at home.” Far from representing any kind of submission or fear, the film amplifies the spirit of defiant independence that runs through ‘Marry You’ and is an ongoing theme of the entire album.

The concept of making your own choices about identity – specifically when it comes to young women – carries across the length of The Departure.

Siobhan Wilson is no stranger to constant reinvention: in the past two years alone, she’s occupied her time studying for a masters degree, writing, and touring her previous album. “Most of these new songs were made, written and recorded in trains, travelling, hotels, houses, different studios. Being on the D.I.Y indie-road, involves many cheap hotels and late nights but also countless mornings waking up in fresh new places and new faces with new ideas.” Her community of fans played a part, helping to crowdfund the recording process. “Writing The Departure while on the move seemed extremely natural and fitting to this time period of my life.”

Wilson spent several years living in Paris earlier in her career, and the album sees the well-travelled musician extending her impressive repertoire of French covers, paying further tribute to her lifelong affinity with French culture. “I knew the song ‘Ne Dis Rien’ before I found out it was written by Gainsbourg,” she says, “whose legendary musical career I respect very much, but whose attitude towards women I find very problematic. Barbara, on the other hand, in this song ‘Dis Quand Reviendras – Tu?’ is a symbol of romantic-goth-chanson that I tap in to when I can.”

Where previous work has tilted towards various shades of folk, neo-classical and experimental songwriting, The Departure signals towards something fiercer. Though her incredible voice and ear for melody never leaves, the record is scattered with darker tones: from bass to percussion, the sparks that once flew on previous recordings have set alight, and the result is a something occasionally approaching a rock record.