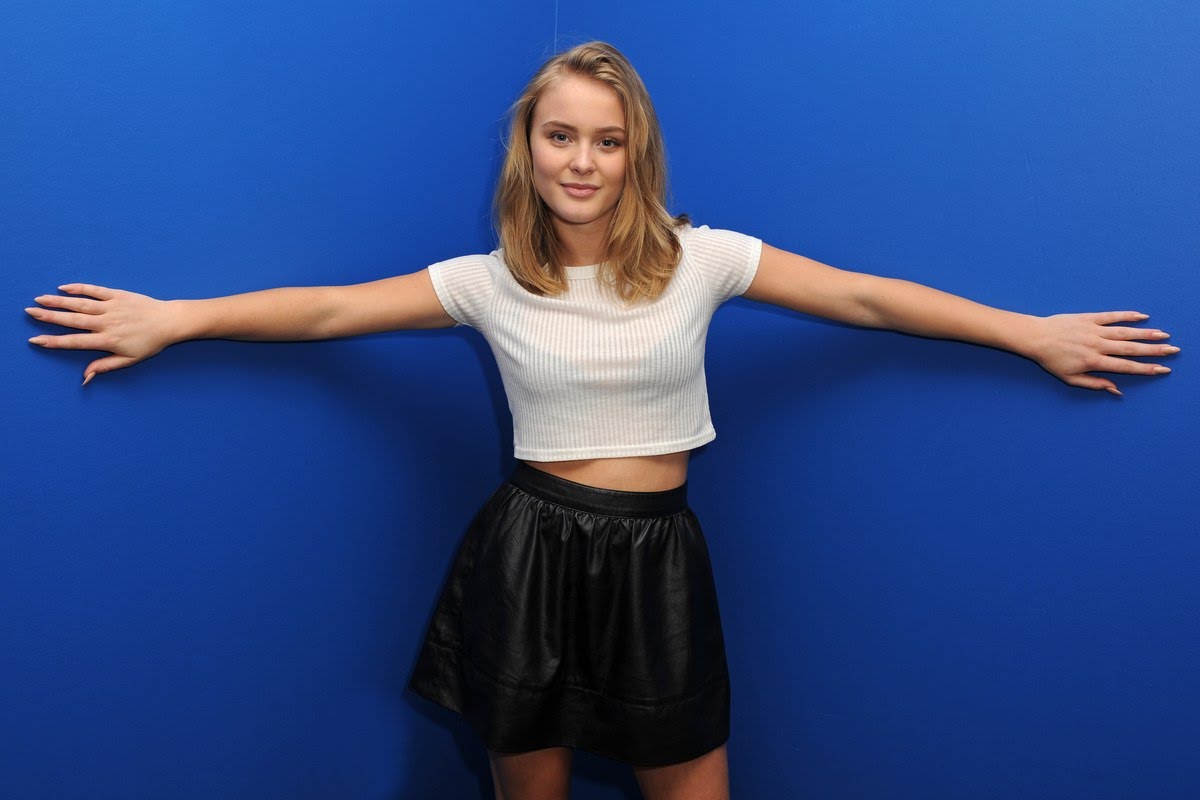 I’d been hoping to see Zara Larsson for some time. As it happens the young Swede was here on a whistle-stop ‘Don’t Worry ‘Bout Me’ tour with only two UK dates, here and then London the following night.

My interest was piqued by the fact that Zara was once a member of Helges AllStars, a voice coaching group for young teenagers in central Sweden, one of the founders of which is personally known to me. Readers of the monthly Nordic Music Scene might have seen references to Helges previously. Incidentally, I suspect I know who the next Zara is, a 14-year old who has also emerged via that platform but who is, quite rightly, being kept under wraps. But more of that another time…

Coming from a stable background, Zara has attracted some surprising controversy in recent years. She is an ardent and outspoken feminist, something that has not always gone down well with fans, even female ones, as some other artists have discovered. She takes after her parents in being ‘woke’ but signed up in March for a commercial cooperation with Chinese technology company Huawei, which is hardly woke on the grounds of Huawei’s close ties to the Chinese government and its record on human rights. Perhaps more importantly a mere sniff of the coffee will tell you that Huawei is not exactly flavour of the month with the U.S. and many other western countries just now.

Then, just before these concerts, she became embroiled in an online argument, heavily reported in the media, with gay You-Tuber James Charles, accusing him of soliciting her boyfriend by messaging him although she did apologise later for over-reacting.

So potentially this show was always possibly going to be spicy. As it happened the spiciness arose by different means.

I was a little surprised that someone of Zara’s gravitas wasn’t appearing at the Arena. Along with Tove Lo she is one of the premier female solo artists in Sweden right now with zillions of streams and a multitude of international fans of all ages. While this venue was quite full and the slightly smaller London one was sold out, it goes to show how difficult it still is even for top class Scandinavian artists to break into the UK, irrespective of their reputation both at home and internationally. In fact I’d argue that only three Swedish ones have truly done it – Abba, Roxette and Ace of Base. Perhaps Avicii, at a pinch.

Taking to the stage in a short red dress and black boots she looked set to become the new Madonna and Lord knows we need one after Madge’s debacle in Tel Aviv. She was complemented by a couple of synth players, guitarist and drummer (all tight, throughout), two very good backing singers and four female dancers whose choreography wasn’t bad considering they didn’t have much space to work in.

But she has some way to go yet to reach the very high standards set by Madonna, Swift, Grande, Cyrus et al, let alone her own lodestar, Beyoncé, though at 21 she has plenty of time on her side. Let’s be clear, as the politicians say, technically Zara Larsson can sing, very well. She’s a hard worker too, there’s barely a moment when she isn’t bopping around the stage, with or without her dancers, except when she takes a sit-down break to sing a ballad.

And she has a great sense of humour. The ‘spiciness’ came by way of two deftly placed electric fans which produced several ‘Woman in Red/Kelly LeBrock’ moments. I doubt it was coincidental. Then towards the end she did a genuine gymnast’s splits, the highlight of the night judging from the audience’s reaction but got it wrong, as she tottered to her feet, breaking one of her boots in the process. The smile on her little red face as she glanced over her shoulder at the audience was priceless.

My difficulty is more mundane in that she doesn’t exercise her vocal capabilities as she could do. Apart from sustaining a couple of high notes in different songs (for which she drew justifiable applause), for the most part her vocals appeared monotone and failed sometimes to illuminate her lyrics or build anticipation. There’s no peaking and troughing and they lack somewhat in emotion and expressiveness. And she hasn’t yet quite figured out how to work an audience; her interaction with it, apart from moments like those mentioned above, remains a little wooden. She is reliant on the performance and staging to carry her through; fair enough I suppose, that’s what people come to see.

In her defence I found myself right at the back of the mezzanine, which history tells me is not the best place to listen to a show in the Albert Hall compared to the main floor, and with a giant electric fan that might have come from a closed-down Tata steel works buzzing behind our heads (an outlay on some air conditioning would be appreciated). So I might be doing Zara a disservice.

The 17-song set, common throughout her tour, featured established favourites, including compilations with other artists, covers, the odd sample (Avicii) and some new material. The three stand-out songs for me were ‘Symphony’ the Clean Bandit track she sang on and which appeared also on her own 2017 album ‘So Good’, ‘I can’t fall in love without you’, also  from ‘So Good’,  and a fairly new song, ‘Ruin my Life’, which I guess will be on the next album.

There is a commonality to them. For a lady who tackles various genres (pop, house, dance, R&B etc) these three are simple, melodic, pop songs where she doesn’t need to have any concern about varying her pitch, tone or anything else. They seemed to register more strongly with the audience, too. And the two songs she wrote are quite raunchy. How about “Don’t you think I give a fuck? /
Give a fuck ’bout who you fuck? / But I hope you can’t get it up.” (From I can’t fall in love…’). She leaves little to the imagination.

On the strength of this performance those three songs are the real essence of Zara Larsson to me and in the wildly unimaginable scenario where I was managing her I’m confident that would be what I was encouraging her to focus on.

So, to sum up, she’s still learning her trade but she’ll get there eventually and a forthcoming tour supporting Ed Sheeran, the experience and the exposure it will generate will undoubtedly hasten that day.

On the night, support came from Lennixx, a female duo that features Zara Larsson’s sister Hanna. They’ve made their mark already in Sweden by shying away from Scandi-Pop and venturing into an R&B, jazz and electronic fusion, which few others will tackle there. They made me think of UK female bands like Lets Eat Grandma and Stealing Sheep in their originality though there’s some work to be done on their choreography. The crowd paid them suitable respect for a cultured performance but I’m not sure that ‘keeping it in the family’ was the most appropriate warm-up for Zara. And they might even benefit from keeping their distance from her, too, as they progress.