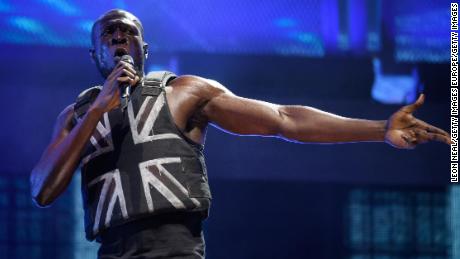 When the Glastonbury festival began as a humble affair in the early 70s, it was riding a wave of peace, love and hippiedom of the era. Sitting alongside the big music festivals of the time like Woodstock and The Isle of Wight, it was an expression of hippie counter culture, as well as an early stab at the environmental and ethical values of the time.

With an early incarnation in September of 1970, the summer of 1971 was the first proper Glasto, with David Bowie, Hawkwind, Fairport Convention and Traffic among the featured acts.

In the nearly 50 years since, Glastonbury has gone from being a fringe event for young people and hipples to a middle class, middle age, consumerist event embraced by mainstream culture. The blanket coverage over the weekend from the BBC in particular has helped to establish a summer must-watch event for the folks who are not lucky enough to win the heavily subscribed ticket lottery.

Nowadays, the Glastonbury festival has grown to be as much of a British tradition as fish n chips, Wetherspoons pubs and builder’s tea. Arguably the biggest festival in the world, becoming a headline act is a major statement in the career of an artist, an acknowledgement of continued success, or that your favourite artist has finally ‘arrived’.

With countless smaller stages it’s also a chance for the new and emerging artists that GITTV readers are more interested in to reach a huge new audience.

Having braved the mudslides and rolling hills of Worthy Farm in the 90s and early 2000s, nowadays I enjoy watching with a cup of cocoa and my slippers on. so I decided to catch what precious coverage I could using all available sources…

Friday was the first proper day of the festival, with the John Peel stage being opened by Pip Blom. who we’ve featured before. The Dutch 22 year old’s sound recalls a familiar mix of classic 90s influences like The Breeders & Throwing Muses, and sounded like an act to keep an eye on.

There was a standout set from Idles who’s deranged energy and hunger was apparent, as the band continue on their route to becoming one of the biggest bands in the country.

Manchester’s Pale Waves also continued their progress into a major band, fresh from playing stadiums supporting Muse and The 1975, playing with confidence and poise on the John Peel.

However, the day surely belonged to headliner Stormzy, whose set was a triumphal celebration and affirmation of Black British culture, and managed to ruffle feathers among supporters of future Tory Prime Minister when he got the crowd to shout “fuck Boris” on ‘Vossi Bop.’

Covering Shanks and Bigfoot’s ‘Sweet Like Chocolate’ and ‘Shut Up’, the show stopping moment of the set came with pure gospel ‘Blinded By Your Grace’ pt2’,, marking the moment the lad from humble South London beginnings ascended to music royalty.

On Saturday, there were some throwback acts in the form of Vampire Weekend and Friendly Fires. The former act were one of the few survivors from the indie scene of a decade ago, in which time guitar based rock music has faded from popularity. Ezra Koenig and co still managed to knock out some familiar anthems in the form of Cape Cod Kwassa, as well as covering Fleetwood Mac’s ‘Everything’ and Saturday In The Park to perfection.

Slowthai’s set was a great showcase for everything that the Northampton rapper has to offer, combining the urgency and anger of Public Enemy, PiL, The Streets with grimy punk music.

Dave’s set on the Other Stage saw him joined by a 15 year old teenage rap fan Alex Mannon ‘Thiago Silva’ and AJ Tracy, which went viral .

Detroit’s Lizzo brought her filthy disco to the West Holts stage, playing ‘Juice’, and ‘Water Me’ and ‘Soulmate’, and it was received with a lot of acclaim online.

The Killers were gifted the Saturday night set, which appears to be the home of the biggest, most popular acts in the world, a safe pair of hands capable of entertaining a huge audience by playing the hits. There is always some pressure to deliver with acts always ensuring their have an ace up their sleeve, The Las Vegas band didn’t disappoint, delivering an indie disco masterclass, bringing on Neil Tennant of the Pet Shop Boys for ‘Always On My Mind’, and Johnny Marr for ‘This Charming Man’.

Sunday is traditionally a day of hangovers, people leaving early. Billie Eilish grabbed her opportunity on the Other Stage, with a confidence of one of the biggest stars of 2019. Playing songs from When We All Fall Asleep, Where Do We Go?’. People like Anthony Fantano might argue she’s an industry plant, but her talent and ability to craft pop melodies undeniable.

The night belonged to one of the biggest names in what’s left of indie and alternative music, The Cure. For some, rock may be dead, but it’s somewhat a source of wonder that the band responsible for songs like ‘Boys Don’t Cry’ and ‘Love Cats’ are still alive and capable of sounding vital, but they are. 2019 is the 40th anniversary of their first album, and it’s incredible that Robert Smith and his band can still effortlessly recall some of the most memorable alternative anthems of the 80s and 90s.

2020 sees the 50th anniversary of the festival, and bookies have already opened odds on a range of potential headliners, from Oasis, to the The 1975, Fleetwood Mac, Blur, Foals, Ariana Grande and the Arctic Monkeys.