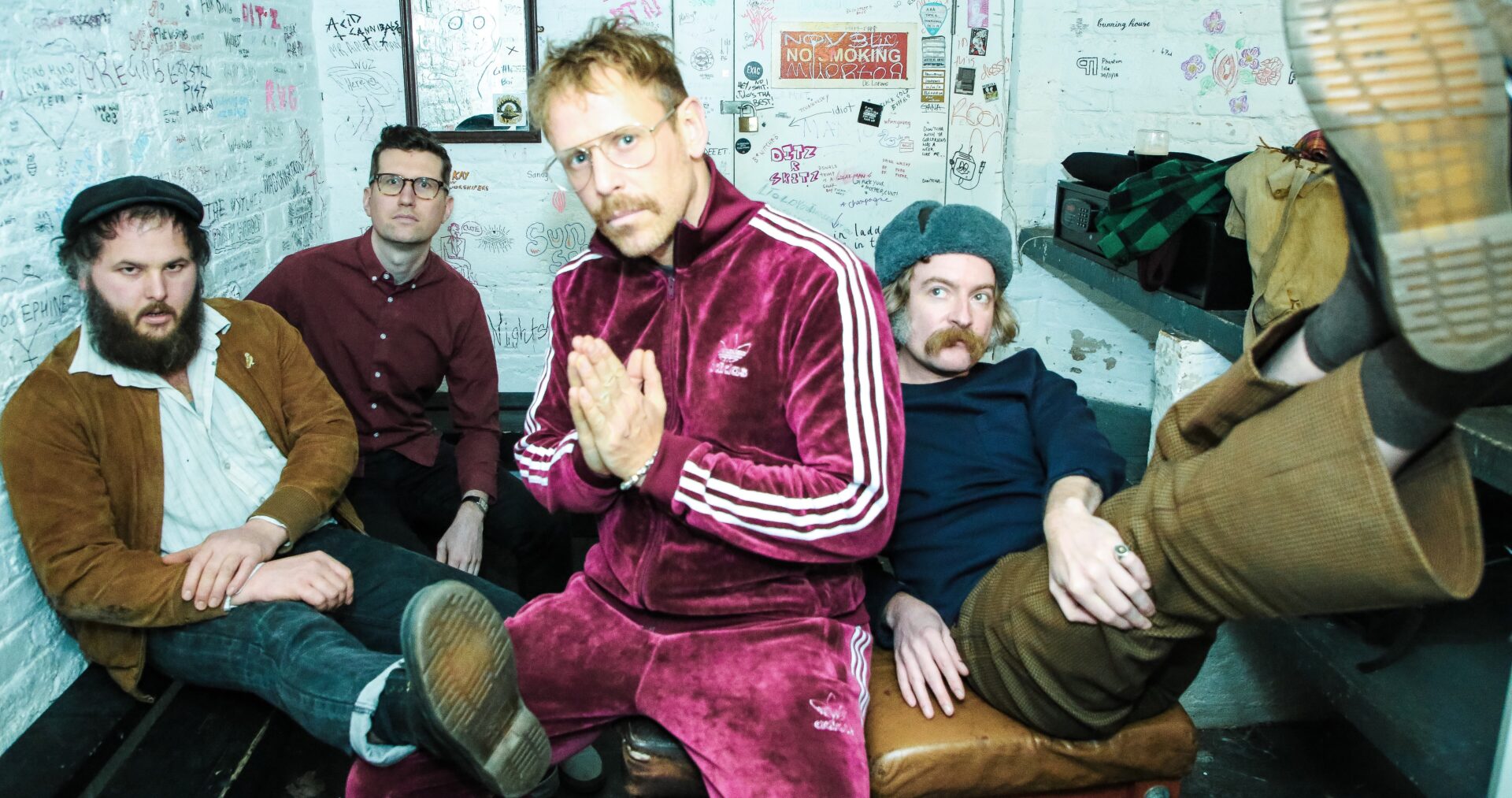 Japanese Television recently released their new ‘EP 2’ via tip-top recordings. ‘Slime‘ is the latest single to be lifted from the release following in the wake of a live session with Marc Riley and sold-out London headline.

Today, we unveil the accompanying animated video direced by Nelly Michenaud the looping trippy and surreal artwork lends a witty visual flourish to Japanese Television’s dense surf laden track which was produced by Kristian Bell at Yaxley. Watch it below.

“So there’s 11-12 loops of hand-drawn animation, Around slimy bouncy and sticky stuff, Then I tried structure it around  the structure of your song. And played around loads on after effects, testing stuff, composition, rhythm. Digitally drawn after doing sketches with a brush on my sketchbook (so I knew I wanted irregular thickness of lines)”

“The EP is a trip through the band’s collective psyche, taking in funky grooves, sharp keys, spikey guitars travelling through influence’s from 60’s Sci-Fi, flea-bitten old horror books, John Carpenter and Scooby-Doo pushed through the band’s kaleidoscopic vision of the world. No time like the present, to take a trip to somewhere else! So drop an aural tab of acid Japanese Television.”