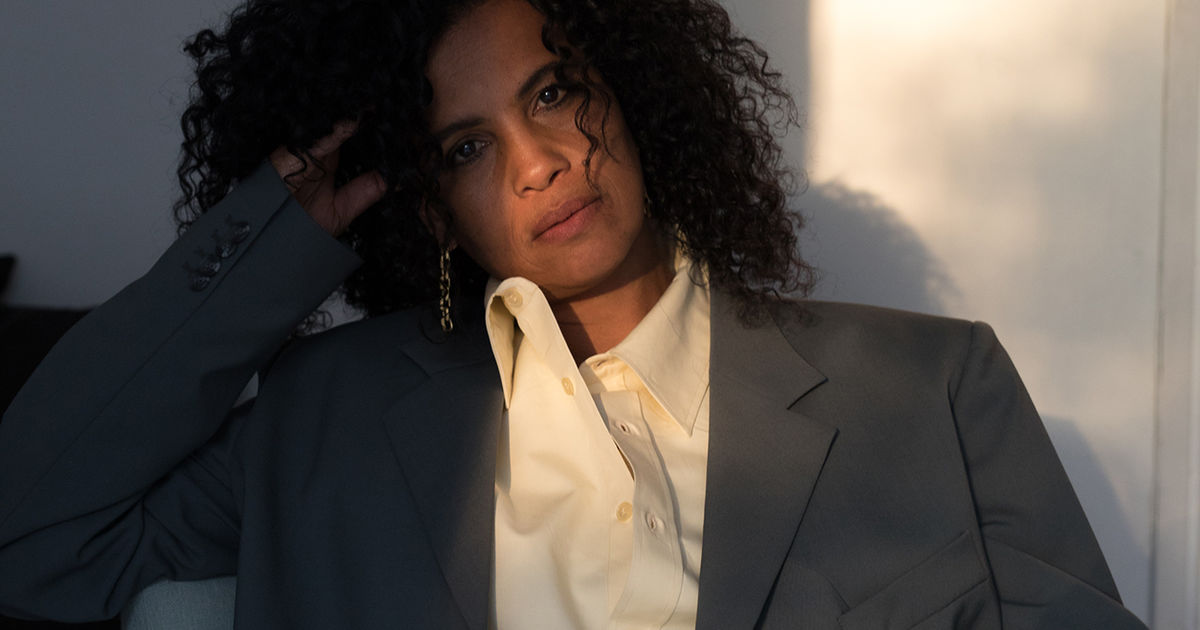 Before Neneh Cherry makes her debut at the Edinburgh International Festival (EIF), the warm-up DJ is none other than Joseph Malik, a Scottish hip-hop fixture. (If the idea of Scottish hip-hop seems like an oxymoron, then I remind you – once more- of Stanley Odd and Young Fathers and tell you to come back when you’ve learned from those starting points.) His set is the perfect warm-up for Neneh Cherry, mixing in funk, soul and hip-hop. In amongst it all I hear Outkast’s ‘Roses’ and Portishead’s ‘It Could Be Sweet.’ It’s a perfect indication of what made our heroine who she is and where she comes from, not just musically but geographically, too. He takes a bow and leaves to rapturous applause. Deservedly so.

I first encountered Neneh Cherry aged twelve. Over the Christmas holidays of 1988-9 her solo breakout single ‘Buffalo Stance’ was all over the radio. Being twelve and innocent in the ways of the world it never occurred to me that there was anything comment worthy about a seven months pregnant woman going on Top Of The Pops. She won a Brit for her debut solo album Raw Like Sushi (allegedly, she melted this down to be remade into jewellery).

There is of course far more to her than a record celebrating its thirtieth anniversary. Last year’s Broken Politics is a gorgeous album. Produced by Kieran Hebden (AKA Four Tet), it’s a reflective piece of work, and album opener ‘Fallen Leaves’ kicks off the concert tonight. If you haven’t heard the album yet, seek it out (really, it’s never been easier). The songs have a hypnotic groove quality, and defy easy categorisation. Trying to make notes in the dark, I write down electronica, soul, hip-hop, even a little bit of drum ‘n’ bass. Particular highlights from the album tonight include the sublime ‘Synchronised Devotion’, the first set closer ‘Soldier’ and ‘Black Monday.’ Of the latter she observes ‘there’s still a fucking discussion about abortion rights.’

It’s perhaps too easy to forget just how many hit singles Neneh Cherry actually had (including a no.1 single with a cover of The Judds’ ‘Love Can Build A Bridge’ with Cher, Chrissie Hynde and Eric Clapton back in 1995). It’s a testament to her skill as a performer that this does not end up as an evening of trying to promote the latest album whilst throwing in hit singles to keep the audience happy. You sense that if she didn’t want to perform these she wouldn’t but we are treated to a number of these anyway. ‘7 Seconds’ originally recorded with Youssou N’Dour gets a mass singalong from the audience, and with her husband Cameron McVey on vocals. There’s ‘Woman’ the answer to James Brown’s ‘It’s A Man’s Man’s Man’s World’ and the sublime ‘Manchild.’ And of course, she encores with ‘Buffalo Stance.’ It may be the song she’s best known for, and it’s still a fantastic song, yet this evening she has truly shown just how much she has to give as an artist.