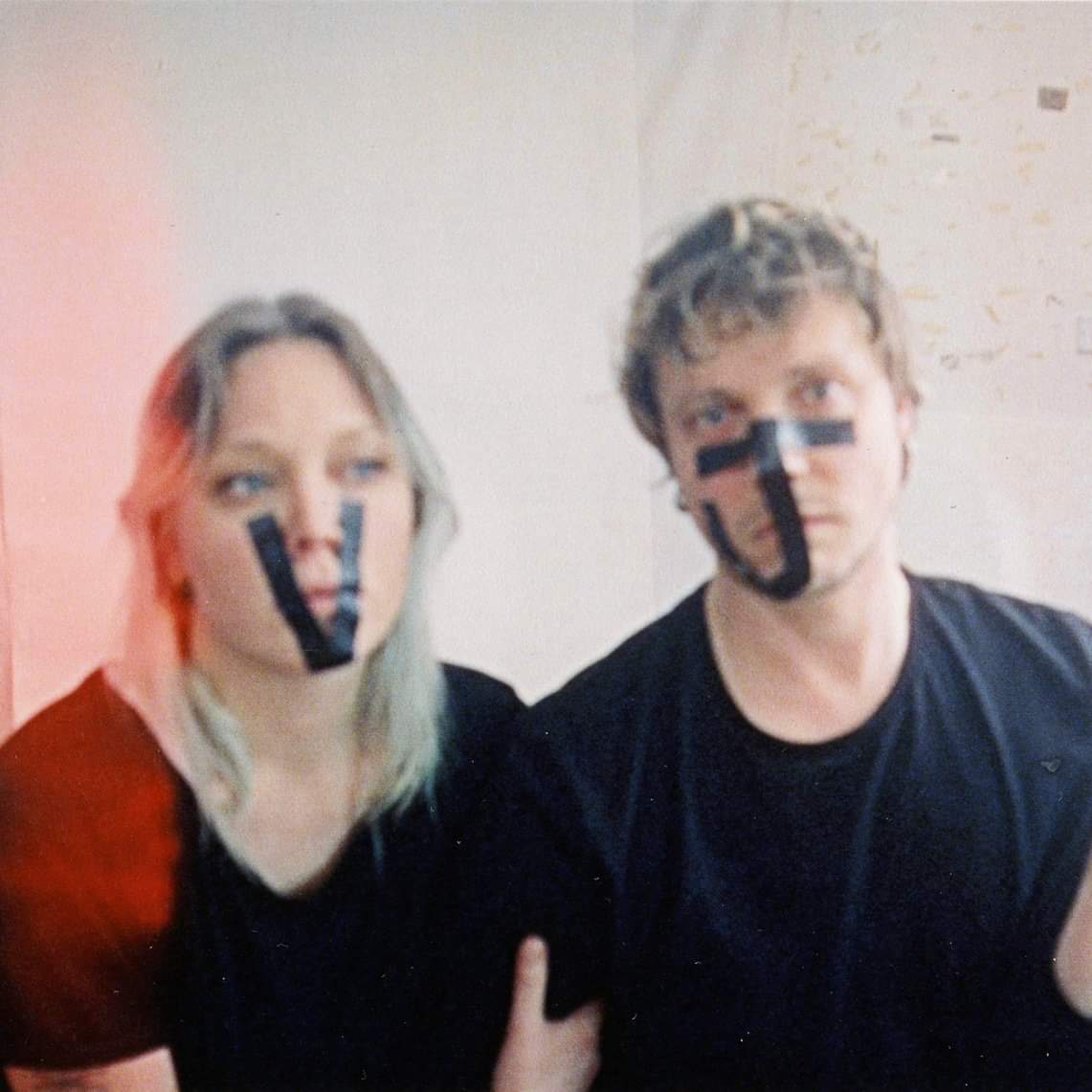 What they say? Taken from latest album Underdog, today Victoria+Jean release new single ‘Window Pigeon’.  Built upon a sinister synthesized baseline, it intermittently ignites with bursts of distorted guitars, thundering drums and Victoria’s visceral vocals. It comes with a video by Beijing based director Wu Kun (know for his focus on mysticism and philosophy).  Shot in Beijing, the video sets the bands synthesised baselines and towering vocals against the story of the two girls’ past and future, presenting a dreamy and sad emotion about losing regret and being helpless.

Why we love it? V+J have crafted a wonderfully original sound that is as epic as it is unpredictable and as feathery delicate as it is utterly entrancing. Strap in and take flight.

What they say? Woozy alt-pop duo ST. MARTiiNS return with another seductively sweet new single to add to their critically acclaimed repertoire. ‘My Girl’ is out now via LAB Records. Dynamic in execution, ‘My Girl’ is as visceral as it is poignant. Lead singer Katie Lynch’s distinctively dreamy vocals are at the forefront, soaring effortlessly languid melodies and surging guitar twangs to create a sound that is charmingly evocative. Talking about the single, Katie elaborates, “‘My Girl’ is one of our only genuinely fun and free songs. It is about my friendships with my best female friends and how simultaneously annoying and fulfilling they have been. A good fun song for mid-summer in a time of complete political chaos around us. But we will get into that later.”

Why we love it? A fantastically catchy piece of polished dreamy indie pop. Guitars provide a warm, wobbly shimmer whilst Lynch’s soothing vocal holds everything together in one neatly wrapped musical gift to the ears.
FFO: Horsebeach, TOPS, Mac Demarco

What they said? Frontman Ben Trow stated: “I see a lot of people rejecting aspects of modern life, like tech, tech platforms, even careers as a way of trying to improve happiness. Some people make extreme lifestyle changes, like moving into a forest, or selling-up and moving into a van. But I also see people getting rid of their smart phones or deleting their social media. So I guess the song’s about making the decision to reject something in an attempt to improve well-being”.

Why we love it? Throwing off your inhibitions and the shackles of modern life, with this fizzy little gem that speeds along with zippy guitars and singalong refrains.

What they say? The young, deep-thinking German philosopher with the adopted Ancient Greek name from the word that means ‘the opportune moment’ has developed a reputation for moody, introspective semi-classical piano pieces accompanied by her unique, almost siren-like vocals. Her previous tracks, in anticipation of an album possibly out this year were ‘Twilight’ and ‘Gloom.’ You get the idea. Anyone expecting a fundamental shift from that style will be disappointed but this time out, while staying true to form, she ‘s introduced the merest hint of playfulness, with opening bars that could come from a 1950’s Hollywood film, not to a mention the briefest snatch of EDM and some choice vocal and orchestral backing. Not quite the finished product but getting closer with every release.

Why we love it? She sounds like nothing else out there. A true individual.
(DB)

What they say? Mia Berg teamed up with producer Henrik Lillehaug (Magnus Becchmann), to form ‘You Decided’. Berg’s vocals insistently carrying the words ‘No way back, made your bet, take what’s left, you turned the page and you decided, you decided’.

Mia comments; “The song is about a broken relationship, where the other person refuses to see their own faults and wrongdoings. I wanted to vent my frustration whilst making the song as playful and groovy as I could”.

Why we love it? A palette of tunefulness pouring out of loose percussion that’s layered with guitar strums , shimmering cymbals and buoyant synths. Lillehaug swaying, swagging and powerfully catchy refrains pull you in with a playful inventiveness. Excellent.(BC)

What they say?  ‘Dream Forever In Glorious Stereo’ is instead an ode to life in South London – proving the intricacies of shared London living can also be encapsulated into a hazy sun-kissed release.

Coming together for the first time, the trio are also all musicians in their own right – Max is part of the Fiction Records signed band ‘Another sky’ and Iris is an Estonian pop singer currently on the rise. On Night Tapes, the instrumentation and vocals are shared by all three members, combining their talents to create a delicate shoegaze EP that warps a typically US sound into an homage to a late summer evening in the capital.

Why we love it? Simmering with a cinematic yet otherworldly atmosphere. Propelling baselines and a rolling beat are back lit with shimmering guitars that are sewn with dreamlike vocals that are both pretty and slightly unsettling. An understated 3am jam, that beguiles with the mysteriousness of the twilight hours.(BC)

What they say?
Chloe Bodur returns with ‘Money is my Medicine’ which is an A/Bside from the North London singer. The project focuses on the financial pressure Bodur feels to provide for her family – describing her obsession with wanting to buy her parents a house as an addiction to money.

Speaking of the tracks, Chloe says:

Track 1 ‘Money’ lightheartedly narrates Bodur’s yearning to get her heart broken so she can ‘do an Adele’ and write a successful album.

Why we love it? Laced with a laid back soulfulness this cut ripples with the irony of how being dumped can make for good songwriting. Swaying with al effortless skitting drums and warm organs,Bodur’s vocals depict an artist with an old soul.(BC)

What they say? Cotton Wolf are back with a brand new album. ‘Ofni’ (Welsh for Fear) will be released on 4 October on vinyl and digital formats.

Set against a thematic backdrop of social uncertainty, the album’s arker material is simultaneously imbued with anxious paranoia and hopeful positvity. The new tracks from the Cardiff duo showcase a bolder production with faster tempos and pruer electronic sounds, alongside hypnotic, abstract and melodic ideas inherent to their previous release. Whilst the bulk of the album is instrumental, the title track features an ethereal vocal contribution by Adwaith’s Hollie Singer.

Why we love it? Pulsing and hypnotic, this slice of electronica carves a place into your heart with its enveloping atmosphere and the elegant contribution from Adwaith’s Hollie Singer who lends it a meditive quality. Awesome. (BC)

FFO: Orbital, Leftfield, Everything but the Girl