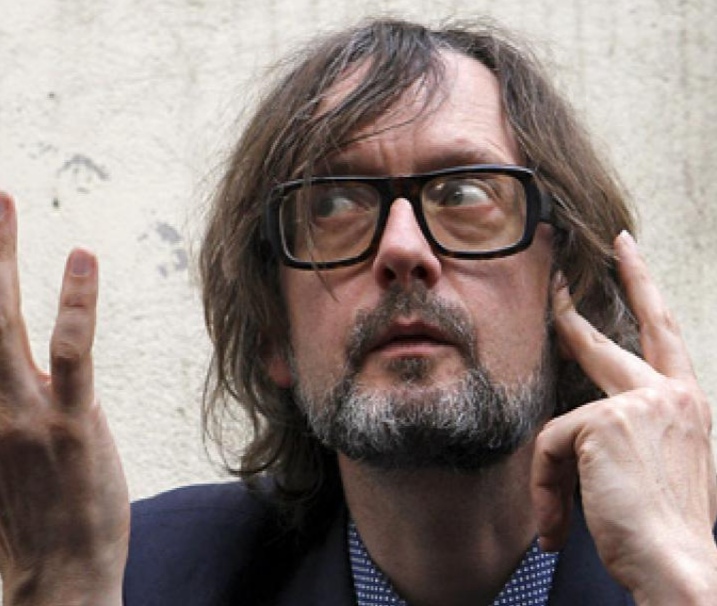 ” JARV IS simply the new vehicle which Jarvis Cocker has assembled in order to play his best known songs from his back catalogue. He delivers a set that draws on almost the entirety of Different Class, and the big hitters from Pulp albums His ‘n’ Hers, This Is Hardcore and We Love Life. It’s a set purely based on giving the audience what they want and it’s as if time has stood still. We don’t get any new songs, just the greatest hits set that we all come to hear and sing along to for a blast of easy nostalgia.”

Relax, comrades. Those one hundred words bear no resemblance to JARV IS’ performance at the Edinburgh International Festival. Instead, the performance served as a reminder how, even at the height of Britpop – now a quarter of a century ago – Jarvis Cocker was always his own man, and always a compelling performer. Balancing himself on two boxes at the front of the stage, he may have given any health and services bods watching a heart attack, but the rest of us were in for a compelling performance.

‘Good Evening!’ he greeted us. ‘Are you prepared to take Leith of your senses?’ Well, we were – and it wasn’t the last time during the evening he would make a daft joke that he pulled off perfectly. During a performance of JARV IS’ sole release to date, the single ‘Must I Evolve?‘ the pontification about becoming a father features a line about ‘dragging my knuckles….while listening to Frankie Knuckles’ and…well, maybe you had to be there, but it worked perfectly.

A greatest hits set this was not, but there were nods to his work across the decades. The title track of his second album ‘Further Complications’ gets an airing, and perhaps more surprisingly, he performs ‘Mary‘ from the Relaxed Muscle project. So disconnected was this from his work with Pulp that this barely appears even on his Wikipedia page, but it fits in perfectly with the evening.

New material can always be risky, but it is clear that JARV IS are playing to a room full of Jarvis fans who clearly have more than a passing knowledge of his work. So we get some fantastic new songs that I hope will see the light of day on an official release soon. ‘Swanky Modes‘ and ‘When Julie Rules The World‘ are great but the highlight is ‘House Music‘ about a man who gets terrible agoraphobia and doesn’t want to leave his house but stay there and listen to house music.

‘Would it be okay if we sought political asylum here? I’m not even kidding,’ he tells us. It’s apt that one of his most celebrated solo songs is the apt and very bitter ‘Running The World’ which even gets a singalong going, no mean feat for a song that features the ‘c’ word in its chorus. The encores give us a Pulp rarity –‘His’n’Hers‘ (from 1994’s The Sisters EP) and a spectacular finish with ‘Elvis Has Left the Building.’

We have not heard the last of him…