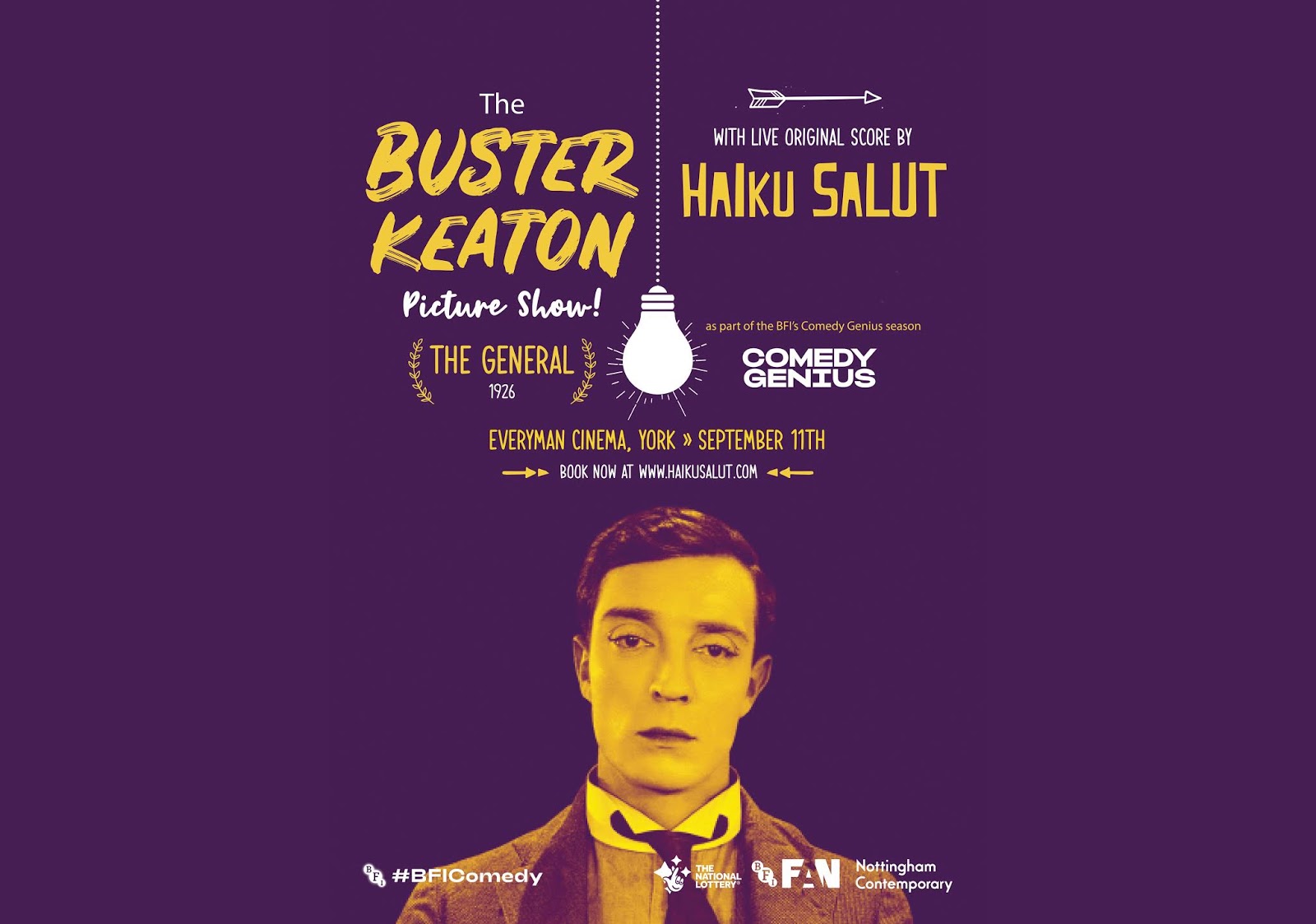 This stunning 4K restoration of Keaton’s comedy classic will be shown in the huge Screen 1 of the Everyman Cinema in York on Wednesday 11th September 2019. Following a £3 million transformation of the former ODEON cinema – a magnificent Grade II listed art deco building which had originally opened as a picture house in February 1937 – it reopened as an Everyman Cinema in December 2017.

The score from Haiku Salut has been described as “a combination of electronica, folk, post rock, and neo-classical elements which casts The General in a new dramatic light”.

It all promises to be a very special evening indeed.