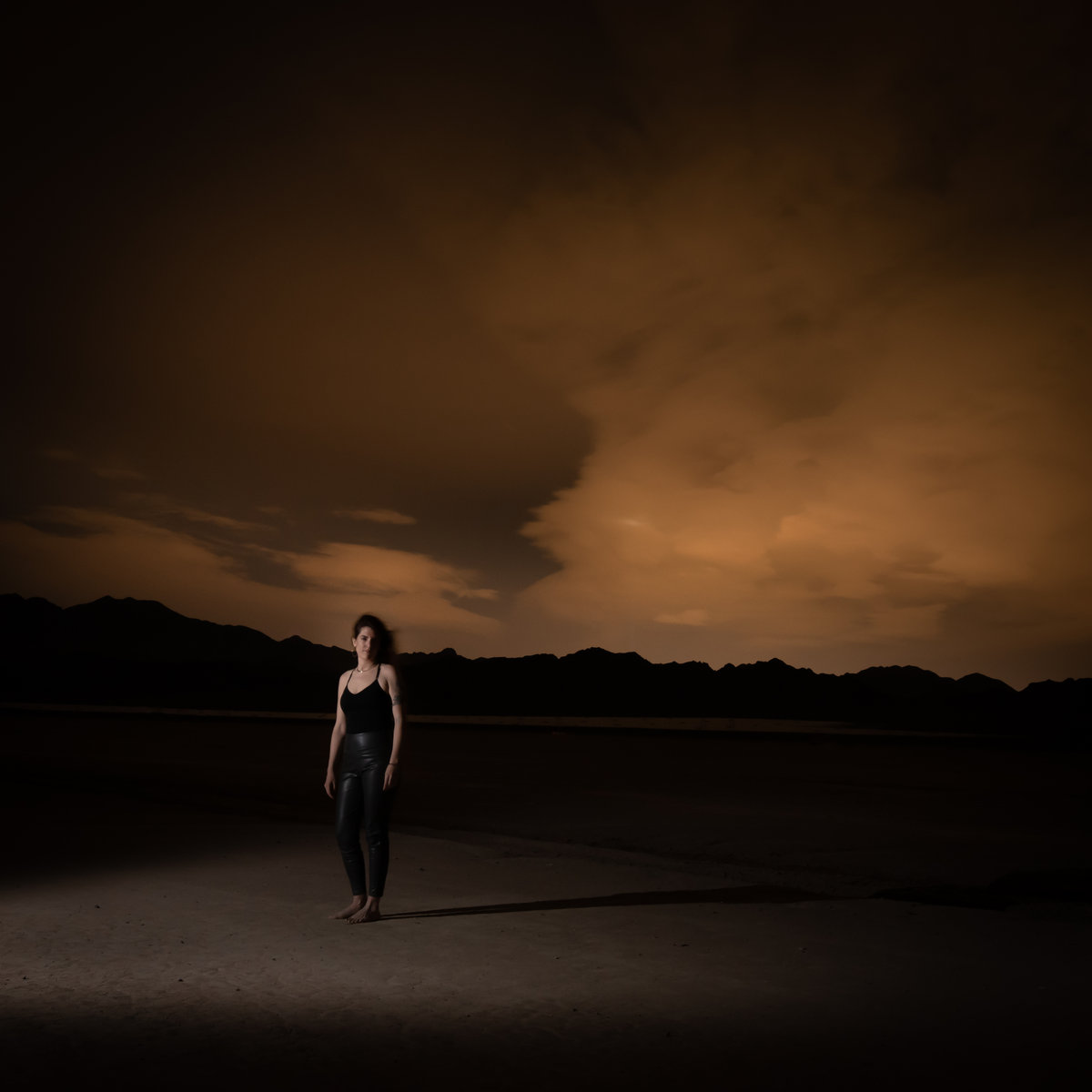 Recorded within the confines of her shed in the city of St. Francis in Milwaukee County, Wisconsin, there is something undeniably primitive about Intuition, the debut album from the American singer-songwriter, 12-string guitarist and experimental artist Kendra Amalie. Opening track and the record’s lead single ‘Breathe Underwater’ embodies this feeling of raw energy. It jolts right out of the grooves like some futuristic piece of proto-new wave art rock, the resolute rhythm of drummer Victoria Robison and bassist Sam Cook providing a perfect platform for Kendra Amalie’s guitar textures as they mesh with her voice to maximum claustrophobic effect.

‘Boat Ride II’ continues in an aqueous vein, the song having been written in response to Kendra Amalie’s grandfather’s passing earlier this year and the evocation of many happy memories for her of hurtling down the Potamac River in West Virginia with him in his motor boat. The counterbalance of her guitars, electric and pedal steel – by turn, intense nuclear blasts and serene gentle calm – accurately convey both the urgency and love she experienced on those trips.

On ‘Facets of a Holy Diamond’, ‘Patternmaker’ and ‘Stay Low’, Kendra Amalie assumes the guise of some mythical middle-eastern Nico as each song appears to haemorrhage into the next as if by some supernatural sleight of hand. Gentle gusts of discordant drones and intermittent pedal steel guitar punctuate an exquisite fusion of beauty and despair, one that may not have been entirely out of place on the late German musician’s 1968 album, The Marble Index.

By the time that Intuition reaches ‘Become The Light’ any sense of austerity and annihilation has long since been banished as Kendra Amalie’s lightning-rod guitar conducts with Taralie Peterson’s cello and the song builds into a glorious mid-section crescendo. The more avant, free-form expressionism of ‘Improvisation for Mark Hollis’ and ‘Look At The Light (Source)’ – complete with its rather delightful false ending and pedal steel coda – highlight Kendra Amelie’s tremendous versatility and confidence over a wide range of sonic structures and bring to a close a debut offering of immense promise.

Kendra Amalie’s Intuition is released on 6th September 2019 through Brooklyn’s Beyond Beyond Is Beyond Records.