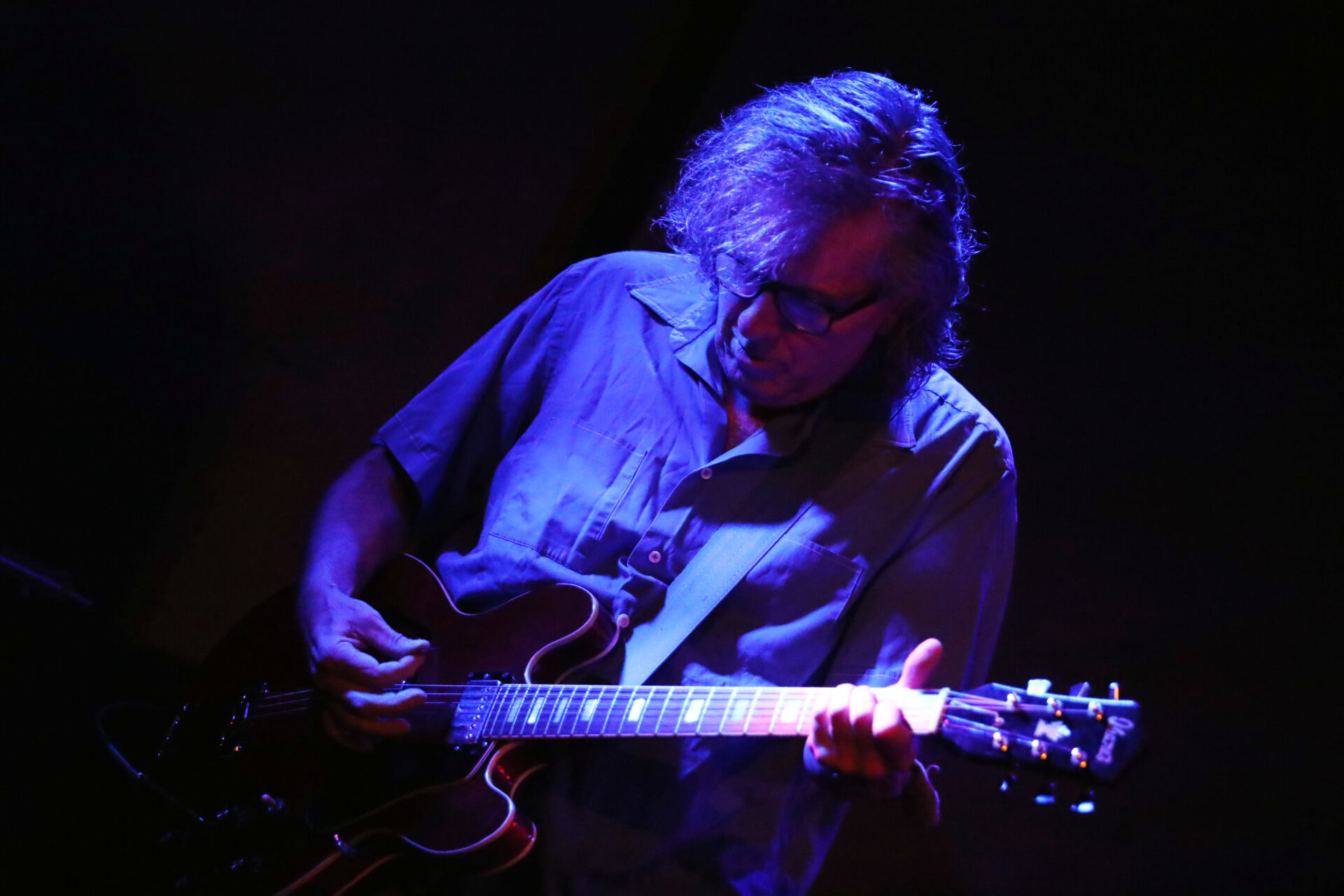 Mark Mulcahy believes this is probably the first time that he has done a proper tour of the UK since the time of SmileSunset, the album he released back in 2001. He used to be over here from his American homeland all the time. Life then intervened, though, and he decided to take a break from it all. But he is back now and is clearly very keen to play. And we are absolutely delighted that he has returned.

The former Miracle Legion and Polaris frontman set out on an 11 date tour of England and Scotland at the end of August, one that has already taken in the End of the Road festival and will end up in London’s Bush Hall in three days time. He is here following the release in June of his sixth solo album The Gus, a record inspired by the short stories of celebrated writer George Saunders and described here as “a collection of ten often exceptional songs where gritty melodrama and maverick pop converge.”

And we get four of those songs here tonight. Playing with a trio – fellow Americans Jake Wardwell and Marc Seedorf from Eat Fire Spring on their respective drums and bass, and long-time collaborator, Englishman Nigel Powell (also tonight’s support in his Sad Song Co. guise) on keyboards and guitar – Mark Mulcahy brings ‘People: Beware’, ‘Daisy Marie’, ‘Happy Boat’, and the album’s concluding track, ‘What If I Go Off With Bob?’ to vivid life. 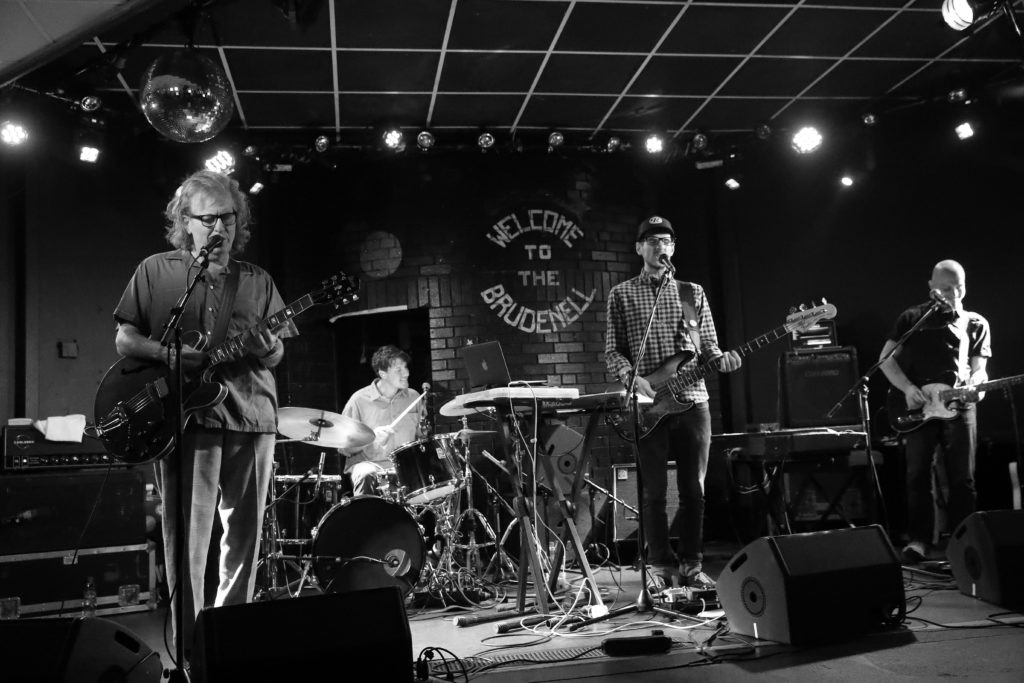 Before the last of these songs, Mark Mulcahy enquiries as to how many gentleman of that name are in the house. Three is the reply; two in the crowd plus the Brudenell’s glass collector. He subsequently asks if anyone is going for a fry-up the following night. It is not clear if one of these chaps would be joining him, but what much is apparent is that the song is a powerhouse tour-de-force with Nigel Powell doing full and proper justice to the guitar parts played by J Mascis on the album.

The four new songs sit perfectly in amongst 14 others (if we also take account of the two exceptional encores, the Miracle Legion and audience requested ‘All For The Best’ and the closing ‘Ciao My Shining Star’ which comes complete with Mark Mulcahy’s keening falsetto) and reinforce the long-held view that Mulcahy is one of the greatest, and most underrated, songwriters of our generation. He possesses an unerring ability to marry his often oblique view of day-to-day life with strong melodic tunes.

Mark Mulcahy presents as a charming, self-effacing individual, humble characteristics that are highlighted in his introduction to ‘I Woke Up In The Mayflower’. It is a song about being involved in rock’n’roll, he says, adding that it is something “not usually worth writing about”. Hearing this song again 22 years after it first appeared on his debut album, Fathering it still makes perfect sense.

But to self-deprecation you can add grit and determination as evidenced by an incredibly muscular ‘I Have Patience’ where the band come on strong like some present-day Velvet Underground, all chiming proto-punk guitar chords and emotional detachment. It all makes for the most splendid musical entertainment. Catch Mark Mulcahy while you can just in case he doesn’t come back here again anytime soon.