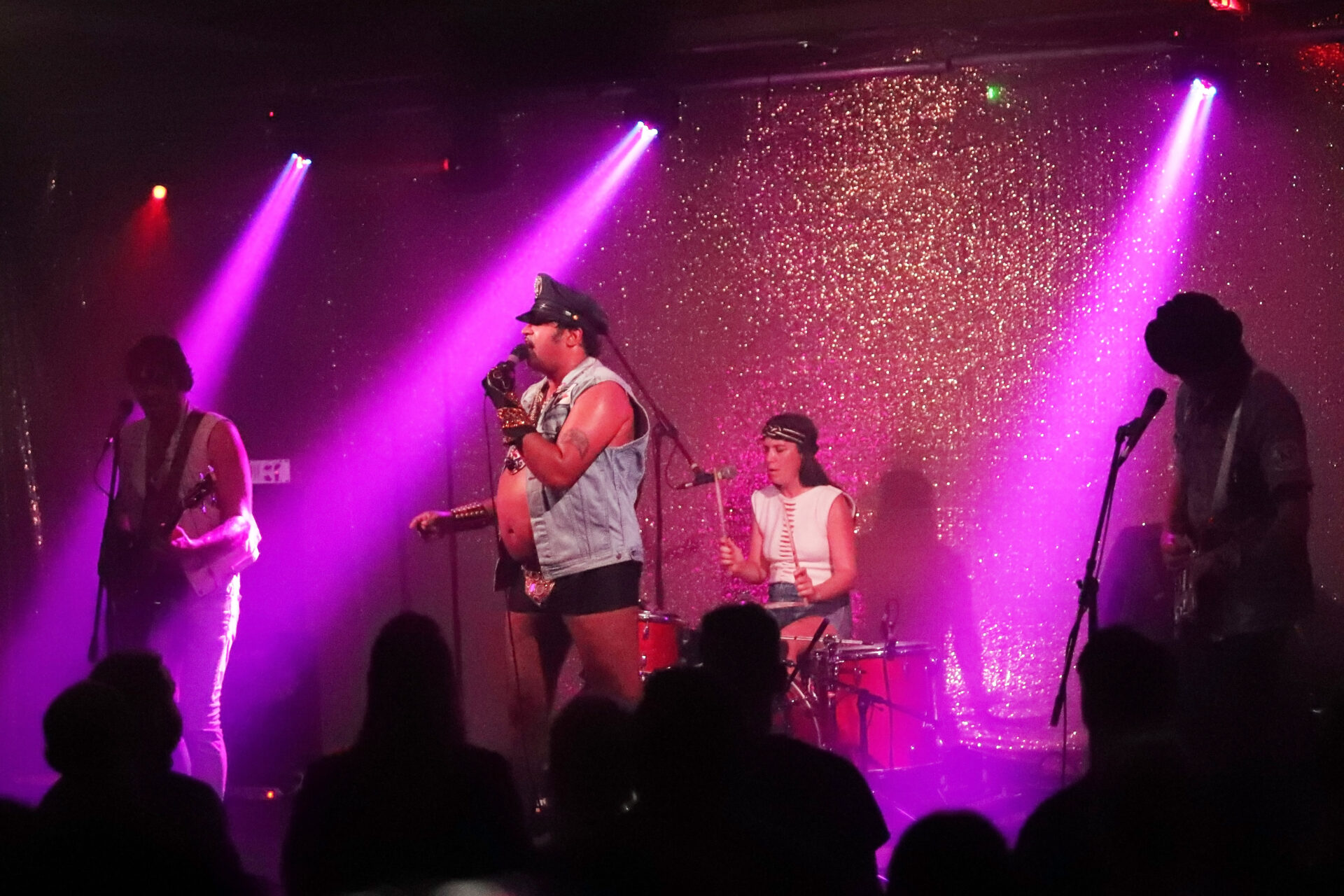 King Khan isn’t entirely happy. In keeping with most nights at the Brudenell two events have been scheduled in the building and his band King Khan’s Louder Than Death are in the second, smaller capacity room presumably on the basis of audience numbers. To make matters worse he is playing second fiddle to a Smiths’ tribute band, The Smyths.

In fairness to the maverick Canadian musician/producer/artist/writer he does wrap his disappointment up in good humour; Morrissey becomes the butt of a series of merciless, yet highly entertaining (not to mention well-deserved) jokes and slurs for the rest of the evening, the most “polite” of which is the former Smiths’ singer being described as a fascist. But from a purely artistic perspective you do feel that King Khan is kind of aggrieved to find himself “demoted” behind a covers’ band.

King Khan is here with Louder Than Death, the latest incarnation in what has become a long and impressive list of his bands and artistic creations over the years, the most well known of which is probably his psychedelic soul outfit King Khan and the Shrines. Louder Than Death, on the other hand, are far more primitive, favouring raw punk power and the influences of Iggy and The Stooges, The Damned and The Clash over those of Sun Ra or Wilson Pickett. 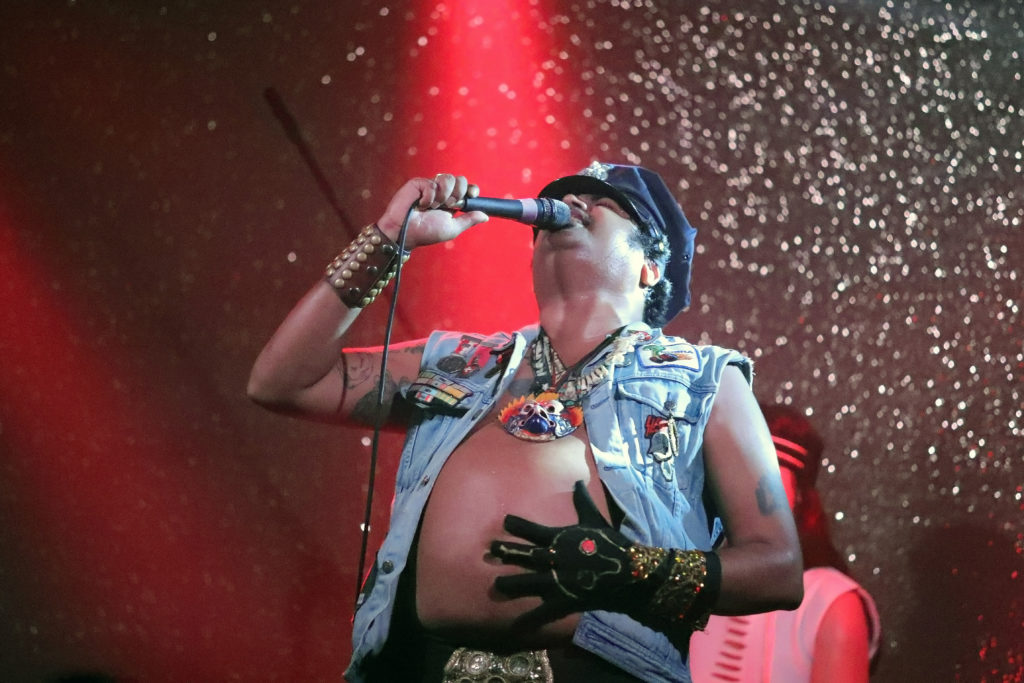 Louder Than Death are guitarist Looch Vibrato and drummer Aggy Sonara from French punk outfit Magnetix, alongside old Khan alumnus Fredovitch (he of The Shrines’ fame) on bass. The show was originally advertised as King Khan’s Louder Than Death featuring Sean from The Spits (i.e. Sean Wood from the venerable Michigan punk rockers), but there is no sign of him here tonight, possibly lost in transit somewhere along the way. We do however get The Spits’ moustachioed devil motif emblazoned on the back of King Khan’s sawn-off denim jacket, an item of clothing also bearing various war medals (presumably awarded for Khan’s gallantry in the battlefields of rock’n’roll and his ongoing fight against fascism) and sewn-on patches for bluegrass music and Cobra beer. He complements his striking appearance with a pair of fancy black Speedos, a rather fetching American cop’s cap and a single bejewelled glove.

King Khan’s Louder Than Death don’t hang around, belting through a whole bunch of songs distilled in the strong essence of garage punk. There are songs covering a bewildering range of topics from the displacement of Native Americans, bedwetting, gentrification, and narcissism to leather outfits, gay conversion, Al Capone, spicy chicken and a tribute to Lemmy, most of which can be found on the latest record from King Khan’s Louder Than Death, Stop Und Fick Dich! It is fierce, tough, relentless rock’n’roll music, coming to us snarling and howling but equally so with a huge smile upon its face. It all makes for such good clean fun.