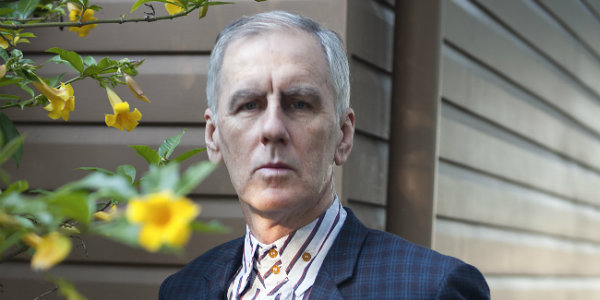 Recently, Ed Jupp briefly spoke to Robert Forster of The Go-Betweens, read below.

GIITTV: Hi Robert! Great to talk with you. You’re about to release G Stands For Go-Betweens Volume 2, which kicks off with your fourth album as a band, Liberty Belle And the Black Diamond Express. Did this feel like a new chapter in the band’s story?

Robert Forster: Yes. We had learnt lessons, particularly from the rather rough and involved process of recording our third album Spring Hill Fair. The feeling in the group was, we have to take control of our recordings. We have to be ourselves. Sounds easy, but can be hard to do under the pressures of the music business.

GIITTV: You signed to Beggars Banquet at this time. Did this offer stability and did you feel a good fit for the label?

RF: They gave us stability, financially and in their enthusiasm for our music. We also enjoyed being signed to a label, that at the time, had a reputation as a ‘goth’ label. [Bauhaus, Gene Loves Jezebel, The Cult.]

GIITTV: You were based in London at this point. How did you find living there – and where were you living? I’m assuming that after Australia the weather was terrible but what else did the city have to offer?

RF: Times were tough. Money was in very short supply, and the winters were long. We were there for our career and our proximity to Europe, which we loved touring.

GIITTV: Amanda Brown (violin and oboe) joined the band in 1986. Is it true the band met her busking their songs in Sydney?

RF: No, she wasn’t busking. She was playing in a cafe with an old friend of ours from Brisbane, from the late seventies. They did a number of originals that our friend had written, and a version of ‘Draining The Pool For You’ that I had written. Amanda’s talent on the violin was immediately clear.

GIITTV: Before recording 16 Lovers Lane the band returned to live in Australia. What impact did this have on the band as a unit and individuals?

RF: Sunshine. Ease of life. No more home sickness. Sense we had done our time in London and it had done our career and our music a service. And it was time to be in a new town. Bands need new things, new challenges to survive.

GIITTV: What do you recall about the break-up of the band? Is there anything you would have done differently?

RF: Not really. The band had run its course. We were tired, in debt and unhappy. Grant told me he wanted to leave the band, and I told him I felt the same.

GIITTV: Can you pick a favourite album and/or single from this period?

RF: Danger In The Past, my first solo album.

GIITTV: Can you give us any clues about the third volume?

GIITTV: Do you speak to any members of the band these days?

RF: Yes. I am in contact with all of them. We live in different cities around the world, but stay in touch.

GIITTV: What music do you listen to now?