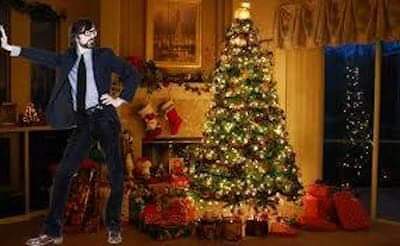 After the despairing news of a Tory landslide in the General election last week, a viral campaign has been set up to make Jarvis Cocker‘s 2006 single ‘C**ts Are Still Running The World’ the UK number one this Christmas.

A Facebook group explaining how to support the campaign has sprung up and already has nearly 10,000 members, with the song creeping up the top twenty of the Apple download chart. Organisers Darcie Molina and Michael James-Hall told us about the campaign:

“We started this for fun and to have something positive to focus on. We were sat there, in tears on Friday morning watching the post-election coverage, discussing what would come next. For some reason we were talking about apt songs for the moment, this came up. We made the group and it connected with people straight away. It’s been lovely to meet so many likeminded people and I do like the idea that a left-wing talent like Jarvis could end up in the top spot. It’s given me a few days of distraction and fun, hopefully the same for the others in the group.”

Currently, charity single ‘I Love Sausage Rolls’ by Ladbaby is the favourite for the festive top spot, the organisers respond: “People definitely aren’t prevented from buying a single that benefits food banks if they buy this – chart position won’t affect the amount of money the charity gets.”

Here is the advice from the group if you wish to lend your support to the campaign!

“Purchase the song from iTunes (or wherever) from now until the end of Thursday 19th December. Links:

If you can afford the 99p, please do buy it and buy it from more than one place!

Equivalent is to stream it at least 100 times, i.e. on Spotify or similar. (more streaming details below)

Please invite everyone on your friends list to the group, or post in other like-minded groups if you fancy getting involved. We can all have a little singalong instead of the Queen’s Speech.

If searching, song is technically called ‘Running The World’ by Jarvis Cocker.

I think if you have it all the way muted then Spotify knows and it doesn’t count as a listen. But I’m not sure and there’s conflicting info online. So use super low volume or stick headphones in the device and leave the volume up. Thanks everyone!”

3 thoughts on “NEWS: Campaign to get Jarvis Cocker’s ‘C**ts Are Still Running The World’ to Xmas #1 launched”