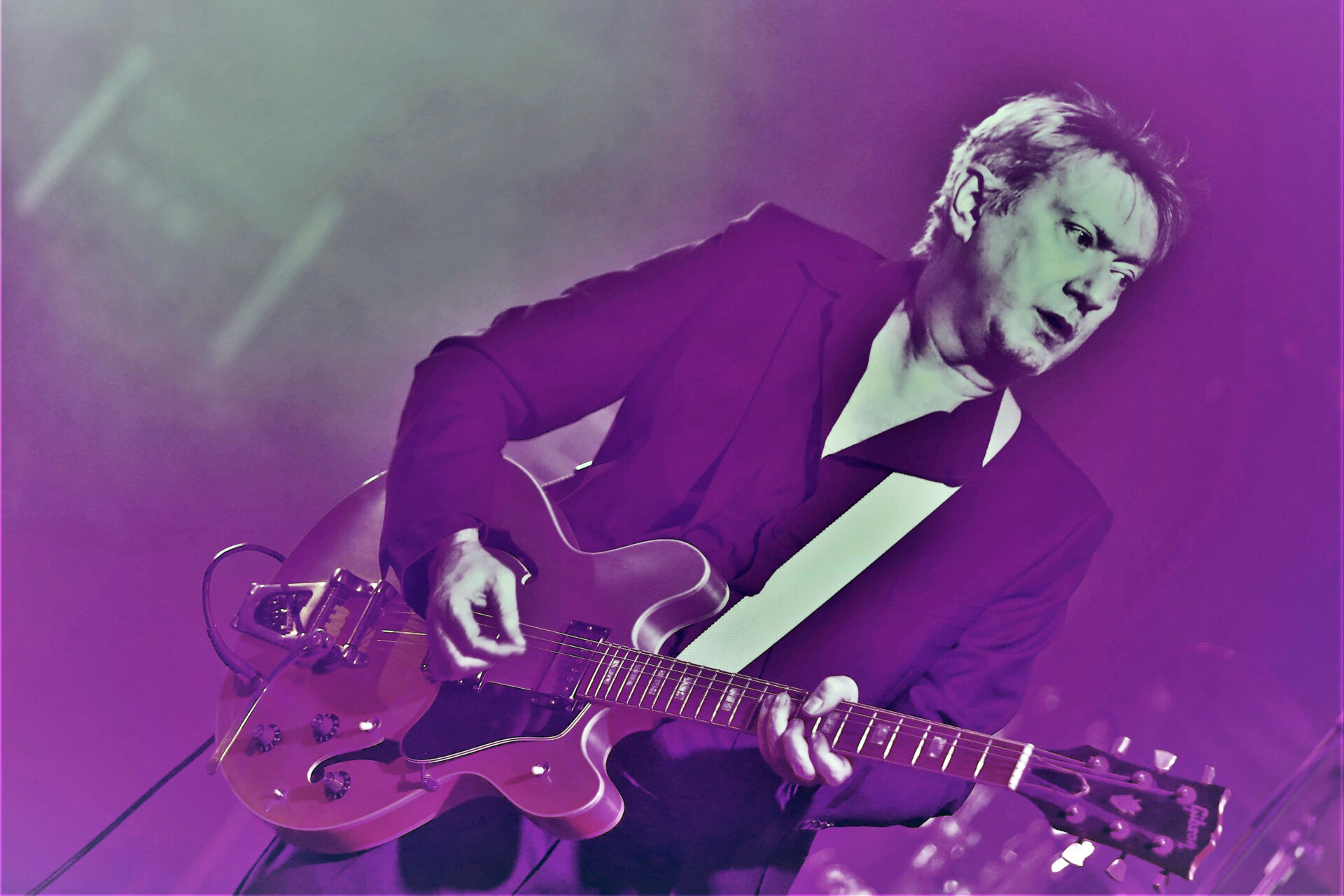 Andy Gill, founder member and creative force behind Gang of Four, sadly died on Saturday February 1st after multiple bouts of ill health. Gill’s musical style as expressed through the songs of Gang of Four was profoundly influential.

Everyone from Kurt Cobain to Bloc Party to Flea reference Gill as an influential figure, and as a teenager in the mid-2000’s you could barely flip on the TV to MTV 2 and not see a band of Gang of Four imitators.

Gang of Four was formed out Leeds University by Gill, John King, Dave Allen and Hugo Burnham. They released their debut single ‘Damaged Goods’ in 1978, which became notorious for the B-side ‘(Love Like) Anthrax’ which featured a ‘director’s commentary’ of Gill explaining the track’s creation alongside the song itself. This led, as it inevitably did in those days, to Peel sessions and an appearance on Top of the Pops for their EMI debut ‘At Home He’s a Tourist’. However, after worried TV execs pathetically asked them to change the word ‘rubbers’ for ‘rubbish’ fearing the original too risqué, the band walked out. This was what defined Gill as a creative force: a refusal to fall in line with musical or moral traditions of the past.

Their debut album Entertainment! was released in 1979 and is still seen as the pinnacle of their career, although second album Solid Gold holds equal classic status. Bizarrely ranked by Rolling Stone magazine as the 490th best album of all time, Entertainment! seemed to offer a completely new context for rock music. Punk was an essential, necessary cultural moment – not least because it gave working-class artists the platform to create and then literally produce music for mass-mechanised access. But as the years roll by, the rose-tinted glasses we view that period through grow ever dimmer; the aggressively banal structures of the Sex Pistols or the lumpy schematics of The Clash, where once seemed radical now just sound increasingly reductive. Whereas Entertainment! seems to breathe, evolving as it interacts with new periods of politics or culture or music.

Gill moved post-punk away from the gothic industrial introspection of Joy Division, creating an ultra-sparse sound that was defined by rhythm. Long before Johnny Marr was re-appropriating funk and soul for the cardigan-clad NME crowd, Gill was fusing Mowtown rhythms and radical guitar to create a sound that was devastatingly original. ‘To Hell with Poverty’ is a supreme example; a deliriously pop gold bass is confounded by Gill’s brutal, kinetic guitar – savage but not overwhelming, it bounces perfectly of the propulsion of the bass. It still feels revolutionary, like you can hear shadowed sounds of the future in every distorted but pulsating note.

Though they never reached the critical or commercial height of his first two records, Gill kept ploughing on, releasing a total of nine Gang of Four albums and producing dozens more for other artists. There are not many bands whose debut came in 1979 and are still releasing records and touring the world, which in the context of the modern music business is a staggering achievement itself. Andy Gill was revolutionary figure in British music, few artists define a sound or genre of music but he did – alternative music would be vastly different had Gang of Four not existed and redefined punk music.

I will leave you with what I think is Gill’s greatest achievement. He was asked to produce the debut of stoner-funk-denim shorts-rock band Red Hot Chili Peppers. And as lead singer Anthony Kiedis wrote in his autobiography, Gill was scathingly honest about his musical charges; ‘One day, I got a glimpse of Gill’s notebook, and next to the song ‘Police Helicopter’, he’d written ‘Shit.’