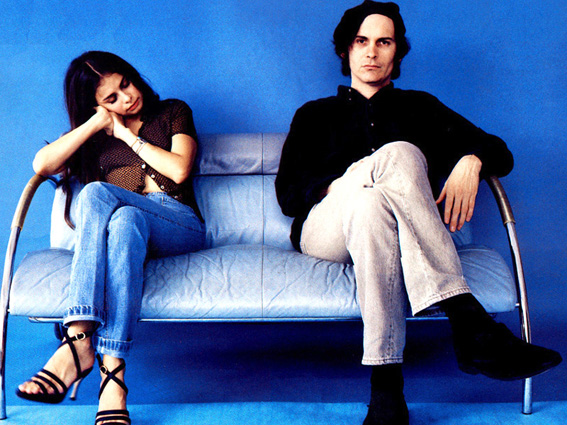 David Roback, acclaimed producer, songwriter and guitarist, co-founder of Mazzy Star, Rain Parade and Opal passed away in Los Angeles on Monday, 25th of February 2020. A cause of death has not been revealed. Roback was just 61 years old.

I always find it hard to write about my musical heroes who passed away before their time. And David was one of my earliest, most influential father figures of music, that shaped and defined my own musical taste. He was as important to me as David Bowie, Chuck Schuldiner, Chris Oliva and Cliff Barton.

I was just 10 years old, when along with my twin sister, we heard the name Mazzy Star for the first time sometime in 1989. We were living in Poland at that time, spending sleepless nights listening to John Peel programmes on World Service on our old, double-cassette monster of a radio, with a long antenna made out of copper wire that was hanging outside of our bedroom’s window. We had two large speakers as well but they were usually muted with pillows as we listened to the newest, most thrilling releases without waking up our parents or neighbours. I’m not even sure anymore what song was played by Peel that night. It was one of the demos, probably ‘Ride It On‘ or maybe ‘Ghost Highway‘ that were sent to the UK straight from San Francisco. We were just lying there in total darkness, our eyes closed, completely mesmerized by the psychedelic guitars and the velvet voice of Hope Sandoval. It was one of those moments when you utterly and irreversibly fell in love with a band.

It was impossible for us to buy the copy of Mazzy Star’s debut album She Hangs Brightly, but we meticulously collected every mention of them from every music magazine we had access to. In the next three years, we gathered an impressive collections of clippings and by the release of their second album So Tonight That I Might See, we were walking and talking encyclopaedias about them. 1993 was our lucky year indeed – ‘Fade Into You‘ made it to Billboard Top 40, Z-rock Top 20 and American edition of MTV Top 40 and we had a chance to see their beautiful video shot in the Mojave Desert. There was also an MTV Europe session recorded in October that year, which made us feel like we were spoilt rotten. It felt simply amazing to watch David perform on the TV. And we finally could go to the record shop and buy the album released on a cassette! It was later proudly displayed on our shelf between Sepultura, Leila K and Devilhead.

Mazzy Star had another record, probably our favourite ‘Among My Swans’, released in 1996, but by late 1990s, they had disbanded and David Roback disappeared into self imposed obscurity. Only music obsessives like us dug deep into the depths of the world wide webs to keep him on their radars. He produced Beth Orton‘s excellent album ‘Central Reservations‘, composed tracks for Hope Sandovals solo project ‘Warm Intention‘ and collaborated with an array of artists such as Jesus and The Mary Chains, Massive Attack and  Death in Vegas. In the last decade, David returned to Mazzy Star twice: to finish recording of their fourth album (Seasons Of Your Day) and to complete several small European and American tours, the last one in 2018 in support of their EP, ‘Still‘.

He is the second original member of Mazzy Star to die, after the drummer Keith Mitchell, who passed away after a long illness in 2017.

Unfortunately, we never had a chance to see him play live, and now, we will never be able to do so. But David’s legacy will live on. He introduced millions of kids to the alternative music. Refined their tastes with a brilliant mixture of rock, pop, psychedelia and folk/country. I will be forever grateful for the music he left behind. He lived and worked quietly, far away from the spotlight and glossy magazines, played in tiny places full of smoke and often in total darkness (due to Hope Sandoval’s stage fright), yet he managed to captivate the hearts of people in nearly every part of the globe.

They say that true genius will always be recognized. And I’m truly convinced that David Roback was one of the greatest creators in rock.