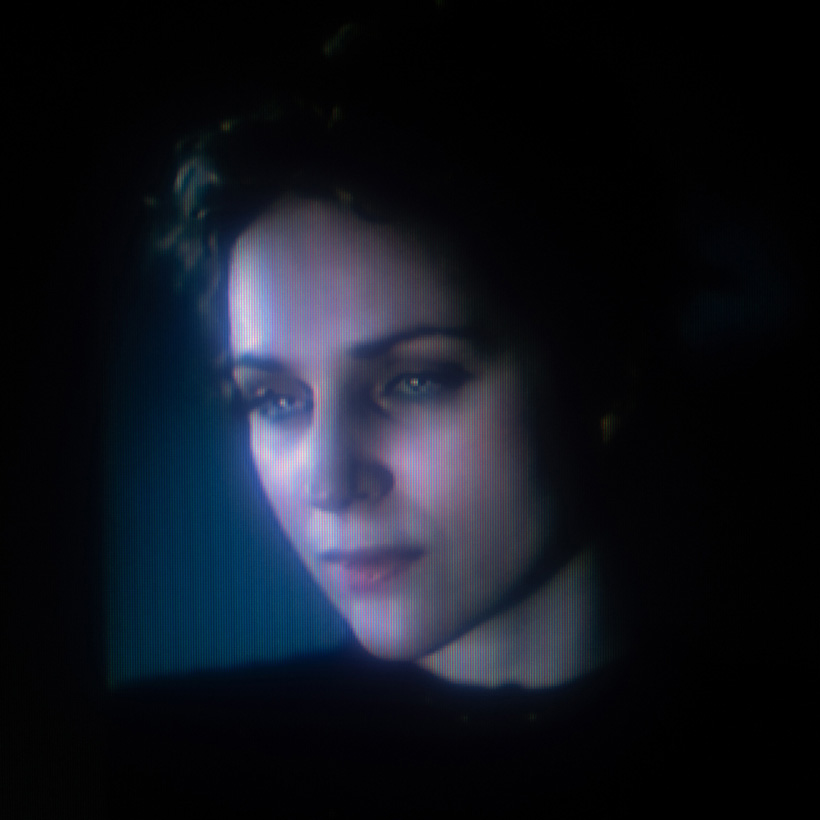 Agnes Obel has previously recommended that we approach the environment around us with a cautious perspective. In her previous record four years ago Citizen of Glass, the Danish musician was sceptical about technology and how insecure and transparent it made our identities. However, this time she invites us to question the notion of trust. Trust in our own judgements, decision-making and doubts and trust in the people around us. References to manipulative acting, memory and sanity paired with a distortion of instruments and an experimentation in vocal pitch – all the while maintaining a sense of solitude in the sound, and also because she recorded the record in isolation in her Berlin home studio – could create a character profile of a paranoid and isolated schizophrenic not too dissimilar from the patients seen inside Ashecliffe Hospital in Martin Scorsese’s Shutter Island. Who can you trust? Can you even trust your own perception of the world? This is something also reflected in the music videos and album cover which purposely look like foggy VHS recordings.

Agnes Obel questions irreversible decision-making in opener ‘Camera’s Rolling’ and ‘Promise Keeper’. The former is a track that uses backmasking to create a huffing windy effect that kind of sounds like a monster exhausted whilst travelling through a woodland, a fuzzy recording of a celesta (also performed on ‘Promise Keeper’), a reoccurring clicking that would be at home in a Western soundtrack and a sweeping wave not too dissimilar to Radiohead’s ‘How To Disappear Completely’. The aura introduces an unsettling environment as she asks: “The gun is loaded. What will you do?“. The latter – which has a similar piano strike to perhaps her most well known song ‘Familiar’ from the last record – seems to use the idea of gambling as a risky form of trust that usually has bad consequences. “A game of numbers will take us under,” could refer to gambling in health, love and not necessary roulette-spinning.

There’s a slight manipulation of vocals on these tracks but this technique is more emphasized on the mesmerizing lead singles ‘Broken Sleep’ and ‘Island of Doom’. On the former it sounds like a choir of different people (from female soprano to male baritone) overlapping each other, when it’s likely to be all Agnes Obel moulding her voices to represent all the different characters inside her head. It was written during a time when the Dane suffered insomnia and there are lines where she pleads to enter sleep state: “Dream me a dream soft as pillow. Dream me a dream. Deep in the night ’til the morning will follow“.

During the writing of the song, the musician studied the similarities between dream state and death state and the lines: “I would like to fall (Fall asleep)” and “I would like to fall, silence every call,” not only shows her current choice of existence but also reflects her need for an escapism in both life and when hibernating. Obel shut herself out from the outside world so she could fully submerge into her album’s concept, including resisting the temptation to look at emails, as it helped her processes her own thoughts and memory and whether she can trust them.

The brilliantly-titled ‘Island of Doom’ – which features an eye test formation on its cover to go back to the short-sightedness idea – is specifically about a human’s reliance and faith in memory. Especially in the context of a loved one with dementia, in which the victim’s recollection is fading and in turn so is their identity, yet the familial witness hangs onto memories to identify that person. Obel’s father died in 2014 and the song displays how deceased relatives can live on in someone’s head: “Clean out the room and bury the body. But I know you with a heartbeat. So how does the night feel?. When the lights fade out.” It’s one of many tracks to use a tape machine to create a wobbly opaque mist to purposely sound like a recording and essentially memory is a human recording.

Title track ‘Myopia’ challenges Obel’s own tunnel vision. People with myopia wince their eyes to see better but this can distort their reality: “Your god is someone. Who would glow when you go along. Through so many eyes. In the dark with someone. Would you go, would you go along?” The knocking percussion that persists alongside ethereal cello and violin acts as a wake up call along with the repetition of drip drip like a Chinese torture method is meant to pull her out on this shortsighted view on the world. “Think of your sanity (Drip, drip). The drip with a frenzy (Drip, drip).”

‘Following track ‘Drosera’ takes the wood tapping further (to a point where it becomes hard to not tap along to its rhythm), darker strings and a flute to sound like a haunting predator near a cabin, or an alternative Halloween soundtrack. Her state of mind is also questionable on the finale ‘Won’t You Call Me’ in which she describes seconds as dancing and laughing. But the line: “No one knows what the devil did. What disguises hid from our eyes” puts trust in a religious context.

A regular feature of Agnes Obel records is instrumental piano and classical music interludes, and ‘Myopia’ continues that trend. The first occurring interlude ‘Roscian’ is a uncommon word for acting, coined from Quintus Roscius Gallus (162-62 b.c). The Roman actor would have contests with his friend Marcus Tullius Cicero to see who could express acting emotion better. This adds a touch of historical sophistication but could also be a comment on whether we should trust everyone’s intentions. Furthermore, Obel sings “Like a script for the screen. I would fall for you” on ‘Can’t Be’ to continue the acting theme but this track is most notable for its gradual multiplying of vocal layers. With a set of pedals, it could be one hell of a breathtaking a capella live performance.

Agnes Obel is one of these rare musicians nowadays that has a unique and sophisticated identity and yet continues to experiment within those myopic boundaries. Not a memorable hit-maker but an atmospheric mood-maker, the 39-year-old has consistently been a virtuoso at hushed storytelling. But to add to that she’s becoming a beacon of light for us to follow in our pursuit of trust and safety in a treacherous world.