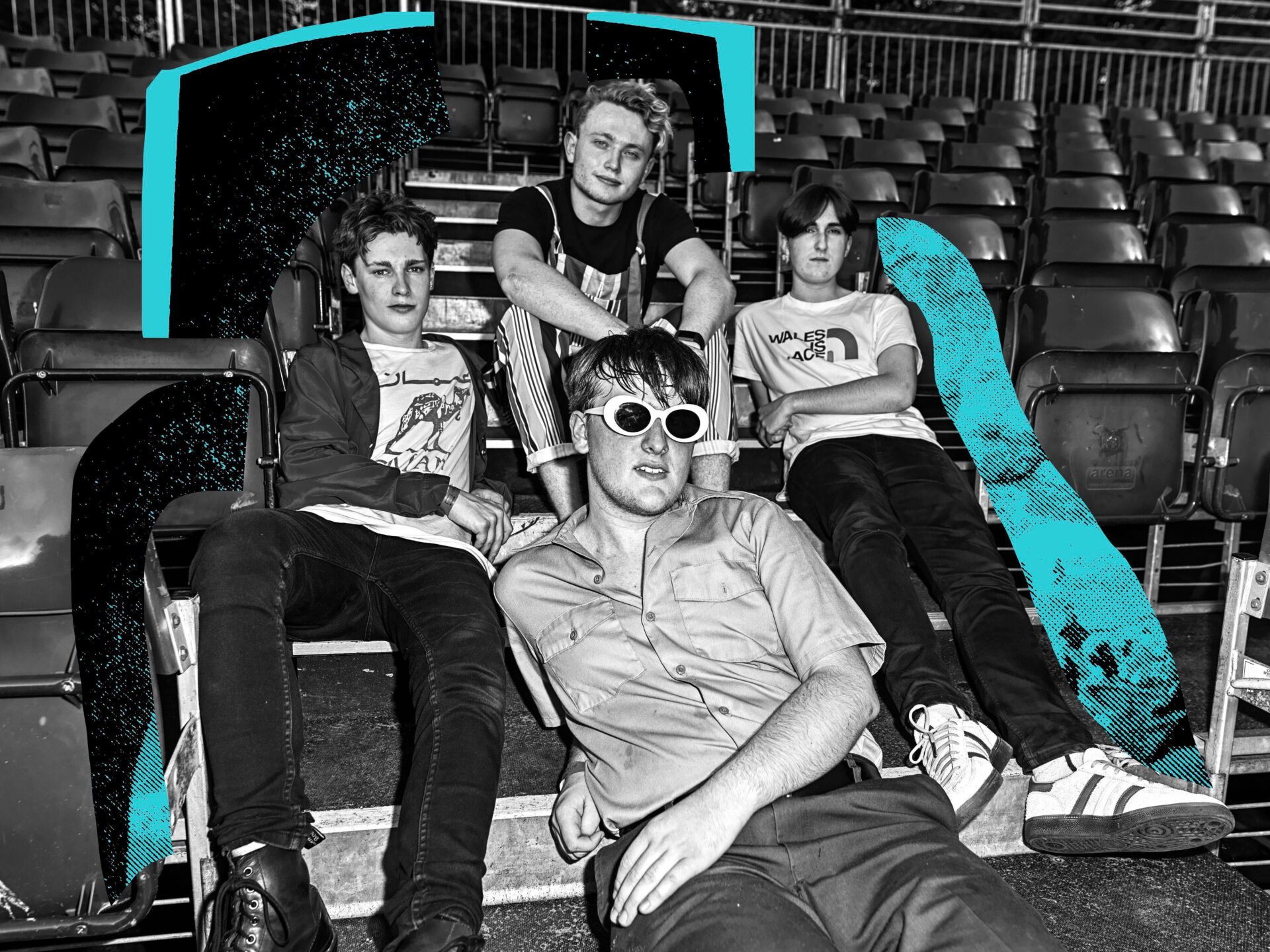 Cardiff four piece SYBS may be at an early stage of their career and not much known outside Wales, yet they truly triumphed at the SUNS Europe Festival in November. Scooping third prize no less by performing last year’s debut single ‘Paid Gofyn Pam‘ (Don’t Ask Why) to a television audience in Italy broadcast across the world, SYBS’ bemused songwriter and vocalist Osian  Llyr  heroically answered the upbeat hosts’ questions about the band’s punk credentials. Despite the gently comedic exchange, to asked if they are punk or not was a fair query in broad terms, SYBS clearly pulling from a myriad of influences springing from and informing the genre.

‘Paid Gofyn Pam‘ bagged the title of alternative track of 2019 on Rhys Mwyn’s festive alternative chart on BBC Radio Cymru and the skippy summery cheer of a singalong song is followed up this month by second single ‘Cwyr’ (Wax), which sees SYBS in a more serious, focused state of mind. Produced by former Estron Stefan Pringle, more than making a name for himself producing Adwaith’s Welsh Music Prize winning album ‘Melyn’ and KEYS, ‘Cwyr‘ is evidence that the band are stepping up to be quite a proposition. Watch the video exclusively below!

The Fall eyeing up The Knack’s ‘My Sharona‘ long and hard with Syd Barrett and Sonic Youth as wingmen isn’t too wide of the mark, but with the shrugging off the indie slacker safety net and Osain’s emerging vocal authority we’re looking at something with some real stamina here.  In ‘Cwyr‘, lyrically he questions the status quo and the simplistic answers dished out to us as solutions. These lads – Osain, Dafydd Adams, Kieran Macdonald Brown, Herbie Powell – have not been messing about between singles one and two. Ladies and gentlemen, I think here we may have here what is known as a post-punk sensation banger, one with intriguing and simmering depths.

SYBS will be taking part in the Lightbulb sessions, a series of bespoke online performances during the current lockdown, courtesy of Libertino Records, available on the AM website and app.